Haiti is near the United States with fertile land and cheap labor that American business tycoons find attractive. In November 1914, the US Navy Department drew up a proposal called: “Plan for Landing and Occupying the City of Port-au-Prince” that outlined measures to take control of the capital of Haiti; and also set forth an official public rationale to invade: “solely for the establishment of law and order.” That rationale sufficed for immediate intervention, which American President Woodrow Wilson soon ordered without consulting Congress. With European powers busy with World War I, the American empire dispatched US Marines to invade Haiti and seize control. The American colonization of Haiti succeeded, but at the cost of thousands of Haitian lives while military records list 146 US Marines killed during their 19-year occupation.

Exactly a century later the US played the same game assisted by members of the EU. Create disturbance, blame the incumbent leader and seize the nation’s gold. This was their playbook in Ukraine in 2014. Victoria Nuland stated she wanted ‘her guy Yats’ to take power when she discussed, in a leaked phone call with US Ambassador to Kiev, Geffrey Pyatt, the forthcoming coup she and the EU were intending to orchestrate. Umas Paet of Estonia confirmed that shots had been fired into the crowd from both sides – obviously an attempt to sow chaos. Iraq hasn’t had its gold… Read more » 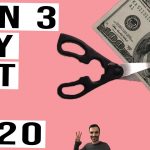 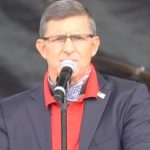