As the USA continues its lunge into the abyss of obsolescence, under the new Don Quixote-modelled leadership of Joe Biden, Russia and China have accelerated the next phase of Middle East reconstruction and stabilization this week with Chinese Foreign Minister Wang Yi’s March 24-30th Middle East tour resulting in the finalization of the long-awaited Five Point Initiative for Security in Southwest Asia on March 30th and $400 billion Iran deal on March 27th. These milestones were accompanied by a powerful Chinese-Iran joint declaration on Syrian reconstruction standing in total unified opposition to the regime change fanatics of the west.

The fact that Wang Yi’s Middle East tour follows hot on the heals of the March 23rd Russia-China Joint Statement on Global Governance should come as no surprise as many disposable nations across the Arab world with more than a little blood on their hands, have increasingly come to recognize that their participation in the collapsing western-run order is no longer compatible with their desire to survive. Among these nations are included Saudi Arabia, Qatar, Turkey, Oman, the UAE, and Bahrain- all of whom hosted Wang Yi last week and all of whom have begun their transitions towards a new pro-Chinese paradigm.

Wang Yi’s Five Point Initiative featured an explicit protocol to develop infrastructure via the Belt and Road Initiative, promote dialogue among civilizations, a two-state solution for Israel and Palestine, promote policies of non-proliferation of nuclear weapons, and collective security with a focus on new and enhanced Middle East Trust mechanisms.

In his official announcement, Wang Yi stated: “As it fosters a new development paradigm, China is ready to share with Middle East countries the opportunities of the Chinese market, work with Arab countries to actively prepare for the China-Arab states summit, promote high-quality Belt and Road cooperation and expand new areas of growth such as high and new technologies.”

Having himself just completed a tour of several key middle east nations (UAE, Saudi Arabia and Qatar) and having met with high officials representing both Israel and Hezbollah in Moscow, Lavrov delivered remarks at the Valdai Discussion Club on the Middle East in Moscow on March 31st where the statesman promoted Russia’s Draft Security Concept for the Middle East (which not coincidentally looks a lot like the Chinese Five Point Initiative).

In his remarks, Lavrov stated: “We propose that the Middle East should cease to be an arena where the interests of leading powers clash. It is necessary to balance these interests and to reconcile them among the countries of the Middle East and North Africa, as well as among non-regional powers”.

What shape will this new security concept look like in Russia’s mind?

Lavrov painted a picture of the Helsinki Process as a role model… except with one difference: Western geopoliticians cannot be permitted to sabotage the emerging Middle East version as they had with the well intentioned but ultimately failed Helsinki predecessor which has lost all viability since NATO expansion has accelerated under the unipolar Full Spectrum Dominance Strategy. Lavrov stated that “we should try to launch a process akin to the Helsinki Process… The Pan European process was launched on the basis of compromise ensuring a balance of interests and the west began to demolish it later on.”

In an April 1st interview, Lavrov described the effects of the anti-Eurasian war policy saying:

“We now have a missile defence area in Europe. Nobody is saying that this is against Iran now. This is clearly being positioned as a global project designed to contain Russia and China. The same processes are underway in the Asia-Pacific region. No one is trying to pretend that this is being done against North Korea… This is a global system designed to back U.S. claims to absolute dominance, including in the military-strategic and nuclear spheres.”

While the earlier Helsinki Process relied on such institutions as the UN Security council and the sovereign enforcement of its 35 signatories, the Middle East version must rely upon the combined collaboration of every agency representing North Africa and the Middle East including the Arab Monarchies, Iran, the Arab League, the Organization of Islamic Cooperation and UN Security Council.

How could the Anglo-Americans be kept from crashing this party as they so successfully did the Helsinki Process?

The answer is to be found in the combined power of Russia, China and Iran which is quickly evolving into one new unified power bloc of common interest. Through this new anti-imperial alliance, China’s Belt and Road Initiative has been given the support and lifeblood it needs to succeed in bringing fast-paced development to regions that have been kept under the heel of imperialism for decades. Empires across the ages have long known that “no economic development = no chance for peace”.

As of this writing, 139 nations have signed onto the BRI Framework with 17 found in the Middle East and North Africa. Additionally, 39 sub-Saharan African nations, 34 European and Central Asian, 25 east Asian, and 18 Latin American nations have joined the train which represents 63% of the world population.

Contrast this multipolar program with the dark age agenda of Obama-Bush era regime change and unipolarism, as every effort is made to relight the flames which nearly burnt Syria to the ground.

On March 29th, Anthony Blinken stood up at a UN Security Council meeting on Syria where he shed crocodile tears for the “poor starving people” of Syria whose pains, hunger and medical needs, he exclaimed were “not to be met by the Assad regime”. Blinken shamelessly ignored the words of the Russian and Chinese UN Ambassadors who were quick to remind him that Syria’s problems had more to do with the vicious Caesar Act sanctions of June 2020 than anything Bashar al Assad could be accused of doing. As it now stands, America’s unilateral sanctions have resulted in Syria finding herself among the poorest nations on earth with a 90% poverty level and a desperate citizenry waiting in lines several miles long every day for rations of bread and gasoline. To make matters worse, the same Americans whose hearts bled over the dying Syrians at the UN have been caught stealing grain and oil reserves using military convoys over the past several weeks.

How has the Biden team chosen to try to counter the Belt and Road Initiative whose existence so dearly threatens the unipolar order upon which his narrow idea of “U.S. interests” rests?

The insanity of the two available options are only matched by their disassociation from reality: 1) unleash a total war of extermination by kicking over the game board or 2) promote an “alternative U.S.-led Belt and Road Initiative” (according to Biden’s own words).

While this second option may sound unbelievable, the fact is that the geriatric Puppet-in-Chief actually stated in his recent call with Boris Johnson that the USA must create “an infrastructure plan to rival the BRI”. Biden went on to say “I suggest we have, essentially a similar initiative… helping those communities around the world that in fact need help”.

If only the USA were in a moral, intellectual and financial position to seriously offer investment strategies in the spirit of the BRI as Biden wishes to believe, then the world would have much to look forward to, as this form of constructive competition would actually benefit humanity. The truth is however that the bankrupt empire has little to offer a world whose poverty and underdevelopment has everything to do with a choice made generations ago to reject its own Constitutional traditions and sink into the cesspool of empire over the dead body of John F Kennedy.

Well said,the global south have been given a lifeline away from the overbearing empire,and as the Chinese ambassador gave critique of American problems at home,perhaps the Americans should take a hint,and disband this costly imperial project and look to the welfare of it’s people. .

Might be an idea for the US to leave the people of the other 34 American countries alone as well. I’m sure most people south of the US southern border (and many north of the US-Canadian border) would be more than happy if the US went home to mind its own business for a change.

The US has missed the boat. They don’t have ethics or morality or a sense of realism to them.

…so many fans of the most sinister dictatorships on earth!…I wonder why!!!… 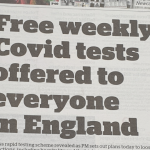 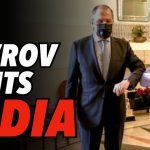