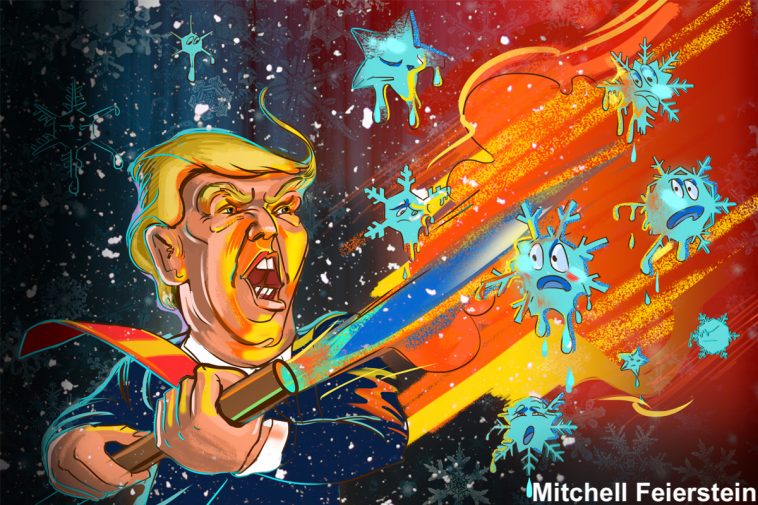 The majority of Americans believe in the US Constitution, family values, and the rule of law. Unfortunately, forty years of neoliberal politics and academic indoctrination have spawned a movement of entitled, spoiled, social justice warriors (SJWs) claiming to be diverse, tolerant, accepting and inclusive. Once someone disagrees with these SJWs’ ideological viewpoints, the SJWs become violent, intolerant fascists.

In the epic 2020 presidential election, expect the unexpected. Expect Herculean internet content manipulation by Google, Facebook and Twitter to censor and suppress information in order to shape a favourable opinion of a heavily compromised Joe Biden. The Democratic Party, the media, rogue intelligence operatives, Wall Street, Hollywood, Ivy League neoliberal academics and the Silicon Valley aristocracy all loathe Trump. They will stop at nothing to ensure a Biden victory.

The US Senate has verified that the Biden corruption scandal is not Russian disinformation; it is real. Biden insider-turned-whistleblower, Tony Bobulinski, submitted thousands of pages into evidence that included direct testimony, financial records, text messages, emails, documents and audio recordings. The Senate has confirmed Bobulinski’s evidence as genuine. Bobulinski’s evidence makes it crystal clear that Joe Biden had direct knowledge of the Biden family’s ongoing, decades-long, worldwide influence-peddling scheme, which Biden lied to America about.

Washington Post columnist Thomas Rid published a heads-up for all media: “We must treat the Hunter Biden leaks as if they were a foreign intelligence operation—even if they probably aren’t.” Rid shows how the liberal media have irreparably breached public trust. The ongoing media cover-up of the Biden scandal and their failure to report evidence-based disclosures confirmed by the US Senate is unbelievable. Not a single liberal media outlet has covered the biggest political scandal during our lifetime. Journalistic objectivity has become politically motivated, biased and deceitful propaganda churned out by political activists.

Many of the documents and emails entered into evidence, with metadata, were written by Hunter and Jim Biden and prove how and where the Biden family was selling influence to many countries. Twitter, Facebook and Google have also censored the news pertaining to the Bidens. In recent testimony before Congress, Twitter boss Jack Dorsey supported news censorship by mob-rule. He stated, “We rely on people calling it out.” These companies are censoring news and lying to the American people to protect a compromised presidential candidate. Can the public ever trust the media or government agencies again? No.

These media “activists” are involved in the corruption rather than reporting on it or presenting facts that allow the people to draw their own conclusions. These political activists and social media companies are deciding what the people can see, what will be censored and finally, under the guidance of intelligence operatives, what they can think. Stanford communications professor emeritus Ted Glasser even advocates journalists embrace “social justice” activism over objectivity. Twitter, Facebook, YouTube, Instagram, et al, have become nothing more than “woke” censors and wholesale merchants in propaganda that perfectly replicate China’s social credit system.

The majority of Americans believe in the US Constitution, family values, and the rule of law. Unfortunately, forty years of neoliberal politics and academic indoctrination have spawned a movement of entitled, spoiled, social justice warriors (SJWs) claiming to be diverse, tolerant, accepting and inclusive.

Once someone disagrees with these SJWs’ ideological viewpoints, the SJWs become violent, intolerant fascists. These historically ignorant, entitled, indoctrinated children are demanding, by violence if necessary, a “regressive” and discriminatory new world order that prioritizes the characteristics of race, gender and class above a life history of achievement, merit and excellence.

Joe Biden-supporting, Black Lives Matter (BLM) and Anti-Fascists (ANTIFA) members have sparked a violent crime wave across America for the past eight months. These thugs murdered innocent people; looted and destroyed businesses; and burnt buildings, vehicles and police stations to the ground—anarchy that was hidden from the public view and covered up by a complicit media. As the CNN film rolled and buildings burned in the background, the CNN talking head described the ongoing murders, arson and looting as “peaceful protests”.

For the first time in history, presidential candidates have refused to disclose the platform they are running to lead America.

Here are the main points of the Joe Biden/Kamala Harris platform:

The five bullet points above will destroy the balance of power the US founders created within the US Constitution. The US Constitution was designed to limit government powers to protect the people from partisan politics when the government is controlled by one political party. As outlined in the US Constitution, the federal government has a mechanism of checks and balances that includes three branches of government: the Judiciary, the Legislature and the Executive.

The Democratic Party’s platform will destroy this balance and install a permanent oligarchy. The Democratic Party wants to delegitimize all existing systems, customs and norms. They believe that the US Constitution needs to be shredded because old white men wrote it. In the past year, well-funded movements, such as BLM, have sprung up to help realize this goal. BLM is run by Marxists demanding an end to the nuclear family and that the police be defunded or entirely abolished. Kamala Harris, Joe Biden and the radical Democrats continuously repeat the mantra that America’s police and law enforcement need to be “re-imagined”, but they refuse to elaborate on what this actually means.

Mob-rule demands acceptance, submission and obedience to BLM. If total compliance is not immediate, you are deemed a racist and preyed upon by the mob. Mob-rule, intimidation, violence and fear are tools Biden-supporting ANTIFA members deploy to pressure and coerce the public into submission.

Amy Coney Barrett, one of the most qualified jurists for a seat on the Supreme Court in decades, was formally sworn in as the Supreme Court’s ninth justice this week after the Senate confirmed her appointment by a vote of 48-52. The Democratic Party was apoplectic over Justice Barrett’s appointment even though Justice Barrett’s extensive vetting by the US Senate was 100% compliant with the privileges and rights guaranteed a sitting US President under the US Constitution.

Although Barrett was qualified for the vacant seat, every Democratic Party member voted against Barrett. Why? The Democratic Party places politics and power over the interests of the people and democracy.

Democratic Senator Cory Booker decried the process as delegitimate and a sham. Booker is an example of the contempt the Democrats in the US Senate have for the US Constitution. The Democrats’ lies, propaganda and material misrepresentations are intended to build a foundation for delegitimizing the US Constitution should Biden be elected. Democratic Senator Ed Markey called the “judicial originalism” espoused by Barrett “racist, sexist, homophobic and a fancy word for discrimination”. In other words, Markey is inferring the US Constitution is racist. Markey should be censured and forced to apologise for his repugnant comments.

Markey, Booker, and the Democrats believe the courts should be a super-legislature that rubber stamp their “social justice” ideological framework into flexible laws. This is pure demagoguery. The Democratic Party wants to tear up the US Constitution, do away with any system of checks and balances, tear down all historical statues, end traditional family values and norms, and burn down the judicial system. If Biden and the Bolshevik left seize power, the protections provided under the US Constitution and the rule of law will fade away, and the Bolsheviks will rule “Biden’s banana republic”.

This ideological war has fomented a genuine and irreparable distrust of our government agencies’ ability to protect, serve and represent the people who elected them. Never has the western media colluded to perpetrate an endless series of lies on this magnitude to cover up rampant political corruption; it is the most significant political corruption scandal and cover-up ever. These are crimes against democracy.

If you are not frightened by all of this, you should be.

On election day, Trump will melt the snowflakes on his way to 270+ Electoral College votes; I predict that Trump wins enough of the following states: Arizona, Florida, Georgia, Iowa, Michigan, North Carolina, Pennsylvania and Wisconsin, to provide him enough of a boost, 125 votes, to launch him above 270 votes and a victory. Bear in mind, a Washington DC coup d’état cabal has been conducting, with impunity, a seditious conspiracy to overthrow the United States government for the past four years. It’s a safe bet this same cabal will invent ballots, lie, cheat, steal and do “whatever it takes” to dispute or overturn a legitimate Trump victory.

Intelligent analysis as always by this man.

Who ever wins the next few years will be turbulent:

Re the Supreme Court. Seven of 9 justices are Catholic (Episcopalian counted as Catholic). There are no justices with Protestant (48%) or Athiest (?) upbringing.

Biden will be hounded by the revelations (for Johnny-come-lately’s) on that laptop for his entire tenure. They’re not letting it go, no matter what he does. It’s the smoking gun that wraps up all the previous (suppressed) details. I think his barely functional son may have even purposely planted that laptop to hurt his father. Biden said it all when he called his deceased son his ‘soul’ and H his ‘heart’. The exact scenario from Gladiator when Commodus realizes that Maximus is Marcus Aurelius’s ‘soul’ and rejects being his mere ‘heart’,as Marcus calls him, by killing him. Too close for… Read more » 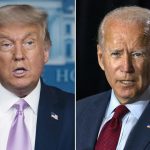 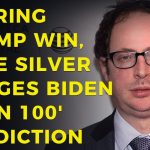