Supporters of the American empire proclaim the U.S. military invincible unless stabbed in the back by politicians. They say the US military won the war in Vietnam, but claim victory was lost after politicians cut off aid to South Vietnam. This is fake history. The Vietnam war was lost by 1963 after the CIA failed to establish a new nation that became known as South Vietnam. The arrival of American troops prevented a defeat, but only caused more death and destruction until they left.

Soon after the Americans departed, the fragile, corrupt puppet regime of South Vietnam collapsed. After this retreat, supporters of the American empire began to spread lies that South Vietnam collapsed in 1975 only because Democrats in Congress cut military aid. This deception begins with the half-truth that the 1968 Tet Offensive was a major defeat for the Vietnamese. This was true on the tactical level but it was a strategic disaster for the US military.

Not only lost, but betrayed the army itself…see “Report by Sydney H. Schanberg: McCain, Kerry et al. buried information about POWs left behind in Vietnam”
Something like 2000 fellas left to die in big big coverup.
Vice rules.

Soon Soon, when the people realoise the Perpetrait
Reply to  Walter

All the way with B>B>J The scum who took out executive order 1.1111 on the flight back from Dallas after the Greatest President J.F.K was Murdered by the Rothschilds this cunt Johnson kept the Vietnam war going as long as possible to sell more weapons for Rothschild, while the same scum, was supplying weapons to the Viet-cong!
The exec-order was so AMERICANS had their own money By the people, IE, They once owned the Reserve ” NOT ANYMORE” cause of cunts like these! 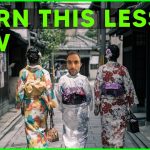