24 August 2021 Ukraine will mark the 30th anniversary of its independence. It is already known that leading Western leaders such as Joe Biden, Angela Merkel and Emmanuel Macron will ignore the event. At the same time, despite the difficult epidemiological situation in the country, the leaders of a number of anti-Russian-minded Eastern European countries will take part in the celebration. They intend to demonstrate their solidarity with the Kiev regime and support the civil war it has unleashed in Donbass, presented as “Russian aggression against Ukraine” by official propaganda. The Turkish national Dimitrios Archondonis, better known as Patriarch Bartholomew I of Constantinople, who positions himself as the leader of world Orthodoxy, will also arrive in Kyiv. His arrival was announced by the Office of President Volodymyr Zelensky as early as three months before the looming events and provoked very mixed and contradictory reactions among the overwhelming majority of Orthodox believers in Ukraine.A business case for a religious split in Ukraine.

The reason for such a mixed attitude towards the “Ecumenical Patriarch” by Orthodox believers in Ukraine is that Bartholomew plays a key role in the split of the Ukrainian Orthodox Church (UOC). On 15 December 2018, a “unification council” was held in Kiev’s St Sophia Cathedral, where the so-called “Orthodox Church of Ukraine” (OCU) was created, to which the Constantinople patriarch granted a tomos of autocephaly in early January 2019. Shortly before that, in October 2018, the Holy Synod of the Constantinople Patriarchate, led by Bartholomew, reversed the 1686 decision to subordinate the Kyiv Metropolitan Church to the Patriarch of Moscow, thus legalising the “Ukrainian Orthodox Church of the Kyiv Patriarchate”, which broke away from the canonical UOC back in the late 1980s and early 1990s (UOC) and the Ukrainian Autocephalous Orthodox Church (UAOC). This led to a break in eucharistic communion with Constantinople by the Russian Orthodox Church and the canonical UOC of the Moscow Patriarchate. The creation of the OCU, in which Patriarch Bartholomew of Constantinople took an active part, took place under the direct guidance and control of the Maidan authorities of Ukraine. Moreover, it was an important element of the election programme of then Ukrainian President Petro Poroshenko. Its essence boiled down to the slogan: “Army, Mova, Vira”, which meant countering the mythical “Russian aggression” both militarily and by severing all spiritual and cultural ties with Russia through the Russian language and the Orthodox faith. In order to obtain the coveted tomos, Poroshenko gave Bartholomew $25 million as a “reward” (read: bribe). In addition, a part of the Ukrainian parishes with all the state property, in particular one of the symbols of Kiev, the majestic St. Andrew’s Church, was given to the direct disposal of the Phanar. At the same time in the statute of the newly formed OCU the representatives of Bartholomew wrote a number of provisions that establish the dependence of the new Ukrainian church structure on the Phanar. Thus, all the parishes of the OCU were charged in the literal sense with tribute in favor of Constantinople and had to pay 4 to 20 thousand euros. In addition, all the foreign parishes of the UOC and UAOC, which were abolished when the OCU was created, went under Bartholomew’s control. In addition to huge material benefits, which were received by the Constantinople patriarchate from Kyiv for its active participation in the split of the Ukrainian Orthodox Church, the Phanar actually took the OCU under its full control, fixing it by corresponding dogmatic provisions. Thus, according to the terms of the tomos, even the ores – aromatic oil for the sacrament of anointing the representatives of the OCU should receive only from Constantinople. For people not sophisticated in religious dogmatics, this aspect has little meaning, but in fact it means the full dependence of the OCU on the Phanar.

Interestingly, such conditions for the creation of the OCU, the sole purpose of which is to undermine the influence of the canonical UOC  in Ukraine, have horrified even the chief ideologist of the Ukrainian dissenters – the failed patriarch of Moscow and then self-proclaimed “patriarch of Kyiv” Filaret (Denisenko). A few months after the creation of the OCU, Denysenko, who was declared its “honorary chairman,” demonstratively broke with the newly created pseudo-church structure, saying that “if we knew the content of this tomos, we would not agree to such a tomos. However, many knowledgeable persons point out that Denysenko’s demarche was as personal and selfish as the actions of Bartholomew in relation to Ukraine and the UOC. The 90-year-old Filaret, who has been the spiritual leader of Ukrainian nationalists and dissenters of all stripes for almost thirty years, expected that he would become the head of the UOC. However, the “unification council” on 15 December 2018 elected a young and dashing “metropolitan”, Epiphany (Dumenko), to the post. A former subordinate of Filaret, who for some time was his personal secretary, after his election as “Primate of the OCU” proved extremely disrespectful to his former boss, not allowing him to take over the real levers of governance of the OCU (which Bartholomew had appropriated for himself), and even banal “snatching” all UOC property, including the personal residence of Denisenko. This so offended the aging Filaret that he with uncharacteristic for his age energy initiated a split within the schism, announcing the restoration of the so-called “Kyiv Patriarchate” and non-recognition of the OCU and the authority of Constantinople. It is noteworthy that both the canonical UOC MP and among the few supporters of Denysenko associated the coming to power in Ukraine of Vladimir Zelensky with the termination of official support to the OCU that Poroshenko has a reputation as his personal church. However, distant from religion and especially from Orthodoxy, Zelensky has followed in the footsteps of his predecessor and rival. In particular, this has been felt by the canonical UOC, whose churches and parishes continue to be attacked and seized by dissenters. At the same time, if we compare the support of the UOC and the OCU among Orthodox believers in Ukraine and their real weight in the society, suffice it to say that 350 thousand people came to the procession held by the canonical Ukrainian Orthodox Church on the eve of the Day of the Baptism of Rus’ on July 27, 2021. According to media reports, the next day’s procession held by the OCU in downtown Kiev drew tens of times fewer participants.

The attempt by the dissenters to explain such a low number of their supporters by anti-Christian restrictions has no basis in fact. Suffice it to recall that in 2019, when PCU events were organised by Poroshenko and his supporters to bring people from all regions of Ukraine, they were more numerous, but just as pale against the background of the processions of believers of the canonical UOC.Is Ukraine on the verge of a “Bartholomew night”? Nevertheless, official Kiev in the person of Zelensky who two years ago publicly threatened the lover of the army, customs and faith with a trial and a sentence, and then became a faithful continuer of his case, openly demonstrates its support for the UOC and curtsies to Bartholomew. According to the head of the Ukrainian presidential office, Andriy Yermak, “the entire country is looking forward to the visit of the Ecumenical Patriarch,” who is promised a reception at the highest level. At the same time, the canonical UOC MP is anxiously awaiting the visit of the main patron of the dissenters. The manager of the UOC MP, Metropolitan Anthony, said that representatives of the canonical Ukrainian Orthodox Church will not attend government events marking the 30th anniversary of Ukraine’s independence if Bartholomew takes part in them. According to the cleric, the Constantinople patriarch “is personally responsible for the pressure on the Ukrainian Orthodox Church, for the conflicts around churches and parishes, the beating of our people and other outrages that take place”.

Orthodox believers in Ukraine fear that the arrival of Bartholomew I in the country will provoke a new wave of persecution of dissenters against the canonical Ukrainian Orthodox Church. Being a direct protégé of American globalists and at the same time quite greedy and selfish man, the patriarch of Constantinople consistently implements their strategy to split, undermine and ultimately destroy Orthodoxy as one of the most influential world confessions, including by creating and supporting such schismatics as the OCU. It is no secret that the representatives of this pseudo-religious political surrogate far from the Orthodox faith are waiting from their founding father in Istanbul for a carte blanche to seize thousands of parishes, churches and monasteries belonging to the canonical UOC throughout Ukraine, including the three leading shrines of Russian Orthodoxy – the Kyiv Pechersk, Pochaev and Svyatogorsk Lavra.

The recent aggressive attack against clergy and laity of the canonical UOC on the part of one of the hierarchs closest to Bartholomew I – the Metropolitan of Derki Apostolos (Danielides) – attests that these fears are not without grounds. In response to the UOC monks’ appeal to Bartholomew to reconsider his decision to support the dissenters, the Fanar representative called the Orthodox believers “representatives of the Russian presence in Ukraine” and demanded that they “shut their mouths”.Thus, Bartholomew’s visit to Kiev may become a signal for a “Bartholomew night” against those whom the Ukrainian church nationalists, with direct support from the Fanar, declared to be “Moscow priests” and “Kremlin agents”. And it will inevitably be followed by a new religious war in the centre of Europe – brutal and merciless.

I get paid over $90 per hour working from home with 2 kids at home. I never thought I’d be able to do it but my best friend earns over 10k a month doing this and she convinced me to try. The potential with this is endless. Here’s what I’ve been doing,

EP “Bart” has had “delusions of grandeur” for a long time now. He thinks he’s a pope for the Orthodox. He needs to re-educate himself on Orthodox ecclesiology. He has no “gravitas.” May his un-Christian schemes fade away quickly. I believe this isn’t the first time in history that the bishop of Constantinople has “sold out.” 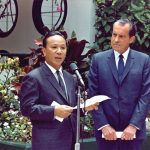 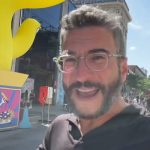