Alexander Mercouris is a commentator on international affairs whose predictions I have been keeping track of for a long time, and they thus-far have a shocking 100% record of subsequent confirmation (accuracy). Nobody else comes close to that, except the anonymous author of the “Moon of Alabama” blog. Almost always, those two have been predicting the same things at the same times, independently of each other; and, since MoA has almost always been predicting the same outcomes that Mercouris has (though often on the basis of evidence that isn’t quite as reliable), MoA’s record is almost as good. They both agree on the following:

Russia will win its war against Ukraine.

Turkey will have to support Russia on any matter where America’s anti-Russian military alliance, NATO (of which Turkey is a member and therefore possesses a geostrategically crucial veto-power within NATO), poses a real threat against Russia’s national sovereignty; that is, where America poses the potential to become empowered to make dictats to Russia regarding Russia’s domestic policies and its foreign relations (in other words: to make Russia into a U.S. vassal-nation like America’s existing allies are).

Russia will have to accommodate Turkey’s needs, because Turkey controls the two straits, both the Bosphorus and the Dardanelles, that control ship-access between the Black Sea and the Atlantic Ocean (via the Mediterranean Sea), which two passageways are crucial to Russia’s national security.

On June 8th, a video by Mercouris headlined “Military collapse in north Donbass. Turkey & Russia move closer together as EU crumbles”, and cited his evidence that the present moment constitutes a turning-point in which America’s global power has declined so much, and that Russia’s global power has increased so much, so that Turkey will — at least for as long as Tayyip Erdogan continues to lead Turkey — exercise its veto-power within America’s anti-Russian alliance, NATO, whenever doing so will boost not only Turkey’s national security but boost Russia’s national security.

This is a radical break away from the past, when the U.S. Government was so powerful as to be able to get all of NATO’s members to vote in unison favorably toward any proposal that would pose an additional threat against Russia’s national security.

Consequently, yet another U.S. coup-attempt against Erdogan is likely.

Mercouris discussed there, with his interviewer and friend Alex Christaforu, the effort by John Bolton and his financial backers to precipitate another coup-attempt in Turkey. On 27 August 2018, America’s AP bannered “In Familiar Dance, Turkey Warms to Russia As US Ties Unravel”, and reported that, “Relations between Turkey and Russia are cozy, prompting worries in the West of a potentially critical rift in the NATO alliance. But Turkey’s president may be engaged in a balancing act, tactically turning to Russia as ties with the United States further deteriorate.” Then, on 11 April 2019, Vox headlined “How America’s relationship with Turkey fell apart”, and (as is done in virtually all U.S. media) implicitly assumed that the U.S. regime was on the good side, and that any resisting Government (in this case, Turkey) is on the bad side, in any dispute; but, except for such false assumptions, its explicit statements were accurate, and sufficed to make clear the fact that “Ankara’s recent actions have blown a hole in the center of their alliance” (without Vox’s noting that the same was also true of Washington’s actions), and that “as this divorce happens, America’s ability to work with Turkey in the Middle East and Europe will continue to dwindle — meaning US influence there, at least somewhat, degrades.”

However, actually, it’s far more significant than that: it is nothing less than a major part of the historical turning-point ending America’s dominance over international relations.

In the present instance, Mercouris’s video provides the specifics and the broader context. But also on June 7th, Britain’s Economist headlined a stunning new specific on this, “Russia is pumping more oil to Europe than it was before the war: Refiners are cashing in on cheap Urals crude”, and reported that

The eu’s ban on Russian oil, agreed on May 31st, is off to an unpromising start. Since Russia invaded Ukraine in February, the amount of its oil pumped into the bloc has been increasing. It rose by 14% between January and April, from 750,000 to 857,000 barrels per day, according to Argus Media, a publisher. The embargo applies only to seaborne crude and petroleum products, for now covering just 75% of imports from Russia. Oil supplied by pipeline to a handful of countries in central and eastern Europe is temporarily exempt — a concession to Hungary, which had been blocking the agreement. Refiners in these countries are snapping up cheap Russian crude that most Western buyers are shunning.

That oil has mainly come via the Druzhba Pipeline system, extending from Russia’s oil in the Ural Mountans, where European Russia ends and Asian Russia begins; and delivers that oil to Latvia, Lithuania, Poland, Denmark, Germany, Slovakia, Czechia, and Hungary. It is the world’s longest oil pipeline and one of the biggest oil pipeline networks in the world.

There are two ways that the U.S. Government can respond to this sea-change in international relations. It can either accept and adjust to it, or else it can refuse to do so and instead use either Ukraine in Europe or Taiwan in Asia so as to try to compel what is now inevitable (the shrinkage of the American empire and the emergence of an Asian-dominated world in which there will no longer be any empires) not to happen. If it accepts what is inevitable, then there will be no WW III. If it instead refuses to accept what is inevitable, then it will have only one way to exercise that option (continued resistance): to invade Russia and China — WW III.

In order for the U.S. Government to accept and adjust to its decline as an international power, it will need to repudiate its existing supremacist ideology (neoconservatism) and expel its proponents from all diplomatic and national-security offices, end the revolving-doors that corrupt those agencies, and socialize their armaments-firms as some other countries have done. The only alternative to that would be WW III, as an attempt to continue the U.S. Government’s global supremacy. Such an attempt would inevitably fail, because it would destroy the world. A person who would attempt such a thing should therefore not be tolerated, but eliminated. The world ought to agree with this, because only then can there be sound reason for hope in the future. Neoconservatives endanger the entire planet. There can be no reason to allow that. None whatsoever.

Unfortunately, however, the U.S. Government’s #1 priority right now is to defeat Russia in Ukraine. Actually, ever since 25 July 1945, conquering Russia has been the U.S. Government’s very top objective. This is how implacably dangerous neoconservatives are. And it’s why they need to be eliminated — in order to prevent WW III.

I agree that The American empire is being defeated. Nobody knows who will lead the future. It is my hope that independent nation states all over the world will cooperate and collaborate via ancient and new trade routes to lead the future together for the betterment of all.

WHY is it even necessary to have anyone “lead” in the future ? Why cannot such leading be done via consensus of involved countries ? Hopefully such a situation will close down that poxy U.N. and better organisation birthed with more than 5 leading countries leading the way. Many second tier nations have the right to be sitting beside these 5 alleged leaders, IMHO.

Thank you, that’s really what I meant to say, but you expressed it better than I did.

Yes true. That is how things are. But is Erdogan safe form a sinister takeover with Washington’s backing? Even amongst sections of the Turkish Military? If not this year, this decade. There is always the next thing…. as far as Globalists are concerned. ANd that would be high on their list. The Bosphorus has always been crucial, and as such relations with thre Ottomans, then Turkey, important, as well being two separate powers and civilisations, as sharing fluctuating/contested borders over centuries. Competition, cultural exchanges, diplomacy, trade, and a certain healthy amount of distrust over moving borders, all permitted a flexible… Read more »

I believe China is crowded and that the recent spate of weather related, natural disasters inside China have put further carrying capacity pressure on that country’s land and society. If you agree that China needs to physically expand in order to provide ‘living space’, how do you think they will do that? Perhaps it isn’t fair to ask you to expand your abilities and interests to include prognostication. If so, I drop the question..

Suspect transferring your own mindset onto the Chinese here. Sadly, it’s a nasty Western habit. China has never exhibited any such asperations, B.T.W. you do realise, China is a huge country, right ? The whole concept is Birthed in the Western mentality. Look at the historical evidence staring you in the face. Don’t forget, the Western nations attempt to subjugate the Chinese during their occupation of China, Something I don’t think any Chinese will ever forget. Also, the invasion of China by the Japanese and the inhuman murder they committed will also never be forgotten or forgiven, something the Japanese… Read more »

there is also quite a bit of this going on around the world
China’s Shuanghui International has agreed to buy U.S. pork icon Smithfield Foods (IW 500/94) in a deal valuing Smithfield at $7.1 billion

I have very credible info published by Epoch Times that is very incendiary in this regard and I am reluctant to publish it here. Is there another way I can get this info to you?

If you will post your email-address here, I shall email you so that you may reply and communicate to me whatever you want. Would that be okay?

When I post comments I register with an email address. I have made comments which were delayed for approval and have been notified through that email address of their acceptance. Can you access that address?

Mao TseTung is supposed to have stated long time ago…’The East wind will prevail over the West wind”. And so it is shaping up to be… 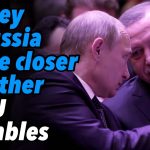 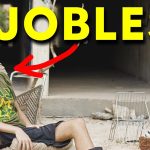