Americans in Texas and several other states have been badly hit by a severe snowstorm and accompanying electricity outages, with water shortages due to frozen and burst water pipes.

As the global TV audience watched Americans suffering the effects of freezing temperatures, lack of electricity, food shortages, and numerous deaths resulting from the weather conditions, many in Syria watched and said, “So what? We suffer every winter, and are without a steady supply of electricity every day.”

Syrians have had to suffer ten years of an American foreign policy designed to force ‘regime change’ on Syria.  The plans made in Washington, DC. by Obama and Trump both failed.  Now, it is President Joe Biden’s turn at the helm, but so far he and his Secretary of State, Anthony Blinken, have signaled they will keep the same policy on Syria, the same failed strategy, and the same sanctions which have never affected ‘regime change’, but have made the Syrian residents suffer as collateral damage of the US government’s insistence to dictate how other people live.

Americans in Houston huddled in their homes and apartments without heat due to a deviation of the polar vortex which brought arctic cold farther South than usual, which also caused a similar freeze in Syria.

Syria in summer is a hot place, with high humidity along the coast, very similar to Houston’s weather. It usually gets a dusting of snow each winter in the interior cities of Aleppo and Damascus, and a heavy blanket of winter snow in the highest mountains scattered across the country.

Recently, even the mild climate of the coastal cities of Latakia and Tartous have experienced plunging temperatures lasting a week, while the coastal mountain range saw heavy snowfalls with road closures.  In the Southern province of Suweida, they had 6-foot-high snowbanks.

Syria had been energy efficient.  Their gas and oil wells provided cooking gas, heating oil, and gasoline for autos.  Due to the US-EU sanctions, Syria was prohibited from buying petroleum products from abroad, and in one famous case, the Iranian ship bringing much-needed oil was stopped by the British, at the behest of the US.

In various power plants, Syria has converted fuel or natural gas into electricity for the national grid to provide electricity to homes across the nation of about 15 million currently. However, the best domestic oil and gas wells are in the hands of the US Army occupation forces, which allow their Kurdish partners to sell the stolen resources to Turkey, or Israel.  Trump ordered the US troops to stay in Syria to steal the oil.

As the result of the US-EU sanctions, and the outright plundering of Syrian resources, the Syrian residents live with shortages of electricity, gasoline, and cooking gas.  It is very hard for the average Syrian to find compassion for the suffering of Texans when they know most Texans could care less about the plight of Syrians, or could even find Syria on a map.

The Obama administration had sponsored the Free Syrian Army (FSA) with weapons, training, and cash. From the outset of the conflict, the FSA targeted civilians, schools, hospitals, power and water stations. The so-called ‘John McCain’s Army’ did not fight for democratic change, but fought only to destroy the country and bring the civilians to a white-flag surrender.

Syria and Texas both share the COVID-19 pandemic threat as well. Dr. Justin Fairless, a board member of the Texas College of Emergency Physicians, also cautioned that the transmission of COVID-19 remains a real threat as people gather in shelters and at the homes of friends and family.  While Texans have access to medical supplies, equipment, and vaccines; Syrians are suffering from a shortage of medicines and machines due to the strict US-EU sanctions which prohibit foreign firms from doing business with Syria.  The sanctions have a “Humanitarian” clause, but in practice, most foreign companies would never take the risk of sending products to Syria and run the risk of severe penalties. The former director of the World Health Organization office in Damascus, Elizabeth Hoff, often commented to the press that machines sit idle in many Syrian hospitals for lack of replacement parts, since foreign companies are too afraid to incur the wrath of the US Department of the Treasury.

Syria has yet to begin any COVID-19 vaccination program.

“The Texas electric system is facing an unprecedented power shortage situation due to the extreme winter weather impacting the entire state, including Houston & the region,” the company tweeted. “Texans’ electricity consumption needs have far surpassed current power generation.”  The Syrian electrical system is providing about one hour per day of electricity in Aleppo and about four hours per day on the coast.

Peter Beinart wrote recently, “For decades, the United States has supplemented its missile strikes and Special Operations raids with a less visible instrument of coercion and death. America blockades weaker adversaries, choking off their trade with the outside world. It’s the modern equivalent of surrounding a city and trying to starve it into submission. Wonks call this weapon “secondary sanctions.” The more accurate term would be “siege.”

He was referring to Syria and the US-EU sanctions which are killing people.  He continued, “The United States doesn’t just blacklist individuals, businesses, government institutions or even entire sectors of an adversary’s economy, which can be damaging enough. It tells foreign banks and corporations to do so as well — or else be barred from doing business with the United States.”

He gave an example of a French bank that was fined $9 billion for violating a US sanction law.

“In 2018, the Los Angeles Times reported that one of Syria’s largest public hospitals was struggling to buy spare parts for its MRI machines and CT scanners because, as a U.N. report concluded, “private companies are unwilling to jump the hurdles necessary to ensure they can transact with Syria without being accused of inadvertently violating” American and other sanctions.,” Beinart explained.

In 1998, Richard N. Haass wrote, “Sanctions alone are unlikely to achieve desired results if the aims are large or time is short.”

Haass continued, “…sanctions can have the perverse effect of bolstering authoritarian, statist societies. By creating scarcity, they enable governments to better control the distribution of goods. The danger is both moral, in that innocents are affected, as well as practical, in that sanctions that harm the population at large can bring about undesired effects that include bolstering the regime, triggering large-scale emigration, and retarding the emergence of a middle class and civil society.” He might as well have been writing in 1998 about the Syrian crisis today.

He concluded that the humanitarian costs of US sanctions far outweigh the benefits. Yet, it seems the US government remains stuck in a rut: repeating the same failed experiments over and over, but never learning a lesson.

“Insanity doing the same thing over and over again and expecting different results.”  Albert Einstein’s iconic quote classifies the US foreign policy on Syria.

There are no such things as “humanitarian goals of sanctions.” Widespread economic sanctions, such as those imposed by the US on Syria, or Iran, are always aimed at creating shortages, misery, and deaths within the targeted country with the intent of destabilizing or overthrowing its government. While their legitimacy as a matter of international law is debatable, their characterization as a hostile act and even an act of war is not. This barbaric practice needs be taken off the table as a method of settling disputes between nations.

In 2021 I was fired by my boss and was jobless for few months, than my buddy told me about this site to do work. Within a month i am able to earn handsome package. For more detail visit……–> https://bit.ly/3rgMKrL 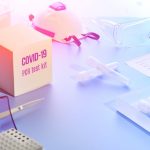 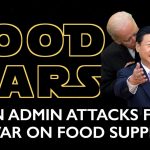