The PCR Test is the Cornerstone of the Fake COVID Pandemic.

It’s a technique that can easily be altered at will to fabricate the number of cases, creating trends in the upwards or downwards direction and at the behest of the controllers of the scam. As someone with more than an adequate knowledge of the medical and clinical sciences along with some postgraduate research experience in the mapping of genomes using molecular genetics techniques, I would like to contribute to our understanding of this nucleic acid amplification method and how information derived from it could be very misleading when it is being used to diagnose purported “infections” in almost anything and everything nowadays.

Is it not amusing to find human swabs, samples of Coca Cola and some fruits all testing positive for “SARS-CoV-2” using the RT-PCR protocol whilst the kit instructions, the enclosed information leaflet, as well as the print on the box, clearly inform the users that the test kit detects SARS-CoV-1 only? I suspect that the “PCR test” was intentionally chosen for its potential non-specificity. It can be a very useful technique for those wishing to control, mislead, impoverish and eliminate us as it is so easy to manipulate its protocol to suit different purposes.

It is an ideal tool to perpetrate massive deceptions.

Specific results could be generated based on specific requirements to meet certain political objectives in order to create the illusion of high and low rates of an imaginary, specific infection in different populations and appearing at different times. Rolling trends of supposed COVID infections, rolling trends of the stampeding of our rights and freedoms all in perfect harmony with the rolling trends of different vaccines presented as the only partial way out of our troubles whilst also being told that our lives might never get back to normal. And to ensure that systematic analysis of results did not raise much suspicion with regards to bias; some degree of “natural data variability” could be fabricated through the incorporation of a certain percentage of negative test results.

The PCR Can Not Diagnose Anything Useful At All

In my opinion, being positive for the test is like testing humans for epithelial cells (which we all possess) and then confirming that indeed all humans have such cells but pretend that those cells are from a non-human or pathogenic microbial entity. Allow me to make another analogy.

Our bodies are awash with DNA and various RNA molecules which are constantly floating within and outside of our cells. The laboratory amplification of an alleged, specific and very short segment of DNA/RNA could not prove the existence of microbes nor could it ever predict illness or contribute to death.

The Specifics of PCR: A Technique that Can Lend Itself to Manipulation, Fabrication of a Delusion and the Creation of Fear and Anxiety

I would like to refer you to the past statements and interviews of the late and very praiseworthy Dr. Kary Mullis, the Noble Laureate and the inventor of PCR, regarding the limitations of this technique.

1. Size of amplicon (amplified product): The smaller its size, the higher the probability that the product could be found on a variety of DNA sequences from a variety of organisms, including humans. That is why PCR should not be used for clinical diagnosis.
The size of the amplified DNA segments, supposedly only coding for various proteins of the SARS-CoV-2, are very small: about 112 bp long or slightly longer.

2. Length of individual DNA primers (forward and reverse primers, always a pair), their sequences, their respective concentrations and volumes could be altered thus influencing specificity of the annealing and the amplification rate of the target DNA/RNA molecules.

3. Types of enzymes (Reverse Transcriptases and Polymerases), their concentrations, their volumes and their chemical modifications prior to use could affect the production rate, the specificity of the amplification and the fidelity (accuracy) of amplification.

5. The annealing temperature and the duration of annealing could easily be altered on the PCR thermal cycling machine thus affecting whether the primer pair binds to its “DNA target” specifically or non-specifically to other pieces of DNA or even binds to themselves. These factors also affect the activity of polymerase enzymes as well as the yield of specific and nonspecific DNA targets.

6. The amplification temperature and the duration of amplification could easily be altered on the PCR thermal cycling machine thus affecting whether the primers remain bonded to the DNA target and the activity, half life and the fidelity of polymerase enzyme as well as the specific and nonspecific yield of DNA from various sources.

7. The number of cycles of PCR / RT-PCR amplification (Cycle Threshold or ct) programmed into the thermal cycling machine might be altered to directly affect how much amplified product is made and whether the sample would be easily detectable (by measuring the emitted fluorescence light) or not. This could increase or decrease the number of false positives according to prescribed narratives in case of unethical behaviour or genuine laboratory errors. The higher the number of cycles, the larger the degree of amplification of specific and non-specific nucleic acid targets.

8. The concentration and final volume of the pool of RNA/DNA solution affects the degree of amplification. Has RNA been extracted and purified from the pool of DNA, RNA, proteins, cells, carbohydrates, cholesterol and lipids? Or is the RNA in a crude state that could negatively impact its amplification?

9. The concentrations and volumes of solutions of fluorescently labelled deoxyribonucleotide triphosphates (dNTPs) could also affect the amplification magnitude. A huge amount of DNA/RNA in the reaction from the start could ensure a higher yield of false positives. There are four dNTPs: dGTP, dCTP, dATP, dTTP.

11. Contaminants could result in the generation of false positive results.

12. Various enzyme inhibitors could result in the generation of false negative results.

13. Various enzyme promoters could result in the generation of false positive results…

This one is in the public domain….

The situation in the UK:

5Mullins used to say he could destroy Fauci’s credibility in 6 minuets or less. Mullins to his dying day fought against Fauci’s using a PCR test to justify todays diagnosing of AIDS. Fauci is a terrible scientist but a master of manipulation and knows that by using PCR testing he can manipulate any virus into a pandemic. Finally – They are claiming 500K died from Covid-19. Normally about 2.5 million people die in the USA every year. For 500K to be Covid-19 caused that would mean at least 3 Million people would have died this year (2020) and that hasn’t… Read more » 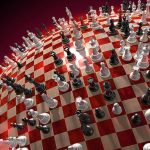 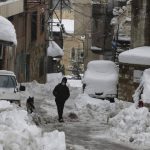