Return? These disgusting creatures have never been away. They were covered in an earlier article. A cry bully is a woman who punches a man in the face then curses him for bruising her knuckles. This woman is usually a feminist or at least an entitled left leaning individual who interprets even the slightest criticism of her behaviour as a form of bigotry, be it misogyny or something else.

Cry bullies come in both sexes, especially today when so many men have drunk the same Kool-Aid, but Taylor Lorenz is particularly obnoxious because this Washington Post so-called journalist targeted a woman, not a powerful politician, businesswoman or even a mere celebrity, but an ordinary woman who has been collating public videos of pervert teachers and similar freaks.  The woman behind Libs Of TikTok isn’t the first woman Lorenz has targeted. She is currently being sued by Ariadna Jacob.

Lorenz has all the qualities we have come to expect from women like her: attractive, charismatic, highly literate, and utterly toxic. And a professional victim. Here is Black Conservative Perspective’s take on her. She and another journalist were being interviewed by a third. One in three women under 35 experience on-line harassment, the viewer is told. The reality is that anyone who has an on-line presence will receive messages that are disbelieving, critical, rude, obscene, and at times threatening. It’s something we have to live with in the cyber age, those of us who don’t know how to use the block button.

Lorenz then broke down in tears claiming she had suffered post-traumatic stress disorder because she had been targeted by the worst people on the Internet.  People like her!

If Black Conservative Perspective was unimpressed with her crocodile tears, Jimmy Dore was even less so.  Dore’s YouTube channel has now topped a million subscribers, and more than one in ten of them has viewed his 24 minute takedown of her.

Jimmy may be a leftist but as usual he is right on the money; this is an attempt by the most powerful people in the country to brand a particular type of criticism as harassment, and to this end they use supposedly marginalised people. Lorenz is white, but aren’t all women marginalised, apart from conservative women, that is?

Glenn Greenwald also had some strong words for this young daughter of privilege who attended boarding school in Switzerland.  Other leftists are actually supporting Lorenz, but unlike Dore they are too stupid to realise how they are being used. 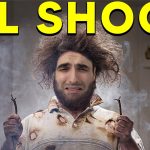 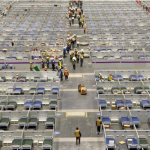