While the Covid-19 epidemic continues to drag on in the United States, it’s largely over in Sweden where fatalities have dropped to no more than 2 deaths per day for the last week. Sweden has been harshly criticized in the media for not imposing draconian lockdowns like the United States and the other European countries. Instead, Sweden implemented a policy that was both conventional and sensible. They recommended that people maintain a safe distance between each other and they banned gatherings of 50 people or more. They also asked their elderly citizens to isolate themselves and to avoid interacting with other people as much as possible. Other than that, Swedes were encouraged to work, exercise and get on with their lives as they would normally even though the world was still in the throes of a global pandemic.

The secret of Sweden’s success is that its experts settled on a strategy that was realistic, sustainable and science-based. The intention was never to “fight” the virus which is among the most contagious infections in the last century, but to protect the old and vulnerable while allowing the young, low-risk people to circulate, contract the virus, and develop the antibodies they’d need to fight similar pathogens in the future. It’s clear now that that was the best approach. And while Sweden could still experience sporadic outbreaks that might kill another 2 to 300 people, any recurrence of the infection in the Fall or Winter will not be a dreaded “Second Wave”, but a much weaker flu-like event that will not overwhelm the public health system or kill thousands of people.

As we’ve noted before, the media has been particularly vicious in their criticism of Sweden’s approach which they’ve characterized as overly “relaxed.” Check out this sampling of recent headlines:

As you can see, the media has taken a very hardline with Sweden. But, why? What has Sweden done that has provoked such a hostile response?

Nothing, really, they’ve just shrugged off the repressive stay-at-home orders and pursued their own independent policy. The Swedish approach stands in stark contrast to the lockdowns which are costly, ineffective and socially damaging. Here’s an excerpt from an article at The Evening Standard that underscores these very points:

“Lockdowns made little difference to the number of people who have died from coronavirus, a study has claimed. Researchers from the University of Toronto and University of Texas found that whether a country was locked down or not was “not associated” with the Covid-19 death rate.

Experts compared mortality rates and cases in 50 badly-hit countries up until May 1 and calculated that only 33 out of every million people had died from the virus…The study found that imposing lockdown measures succeeded in stopping hospitals becoming overwhelmed, but it did not translate into a significant reduction in deaths.

“Government actions such as border closures, full lockdowns, and a high rate of Covid-19 testing were not associated with statistically significant reductions in the number of critical cases or overall mortality,” the study, published in the Lancet online journal EClinicalMedicine, said.”(“Coronavirus lockdown ‘made no difference to number of deaths but stopped hospitals being overwhelmed”, Evening Standard)

Bottom line: Lockdowns don’t work, but the media continues to support them. Why?

Sweden was advised by China on how to have near zero deaths
from Covid 19, instead it did the normal democratic socialist thing
and now has 5,700 dead from the plague due entirely by stupidity.
For democracy is the 51% most educated enslaving by poverty
a 49% working-poor.
And anytime enrichment upon the misery of the working poor can
be accomplished, surely the 51% majority will go for the greed.

Average American eats a 50% fat that has been killed-dead by a processing system that extracts 95% of the complex carbohydrates and other nutrients. Surely a killing diet that ends up having over 400% more heart and artery clogging fat than a vegetarian diet.
Actually, such a diet clogs up every internal organ and immune system in the body, and is the root cause for over 90% of illness in America.
And so, eat nothing processed by man or animal.
In short, put nothing in your grocery cart that is more than 15% fat.

Voting majority being the 51% most wealthy who always vote to keep
the 49% working poor doing all the manual labor for starvation wages,
surely the majority have only one goal in handling Covid 19:

To murder a maximum number of the poor.

Great article and as you suggest the difference is to be found in the political classes opportunism rather than any concern for peoples welfare, such welfare being best achieved by commons sense strategies including letting the immune system naturally develop antibodies. One would like to see a graph plotting governments relative authoritarianism against the level of lockdown it deploys. 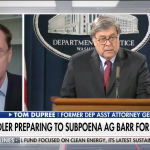 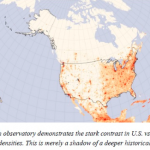