Swedish prosecutors said that the evidence against him is not strong enough for an indictment, but the real reason to drop the investigation may be to facilitate the U.S. extradition of Assange.

Sweden has closed its rape investigation into Wikileaks founder Julian Assange, saying that the evidence against him is not strong enough for an indictment.

While all investigative steps have been taken in the case, including additional interviews with Assange, the evidence does not prove he committed a criminal act according to the prosecutor.

The Prosecution Authority added that oral testimony in the case had “weakened,” which is natural over time. The decision can be appealed.

Sweden had previously dropped the case against Assange in May of 2017, announcing that “Given that all options for moving the investigation forward are now exhausted, it appears that — in light of the views expressed by the supreme court on the proportionality of arresting someone in absentia — it is no longer proportional to maintain the decision to remand Julian Assange in his absence”

Then, after two years prosecutors revived their inquiry into Assange following his ouster from the embassy. At the time, Wikileaks editor-in-chief Kristinn Hrafnsson accused Sweden of bowing to external pressure, saying “there has been considerable political pressure on Sweden to reopen their investigation, but there has always been political pressure surrounding this case.”

Kristinn Hrafnsson, WikiLeaks editor-in-chief: “Let us now focus on the threat Mr Assange has been warning about for years: the belligerent prosecution of the United States and the threat it poses to the First Amendment.⁰"

Assange avoided extradition to Sweden for seven years after he sought refuge at the Ecuadorian embassy in London in 2012. The 48-yaer-old publisher was kicked out in May, and was sentenced to 50 weeks in jail for breaching his bail conditions. He is currently being held at Belmarsh prison in London, where he faces extradition to the United States on 17 charges related to his work obtaining top-secret US national security information. He faces up to 175 years in prison if convicted.

If only someone would warned us it was a sham https://t.co/5NHI8iX66p

By rights the whole case needs dropped and Jullian freed. If the US still want to press the matter they need to reassert their claim to extradition officially and publically instead of trying to piggy-back a bogus charge.

Extraditing Assange before elections is going to put the final bullet into the DNC’s hopes and dreams. I’ll venture at the least 10% of them will stay home come election day. Another 10% might end up in the psychiatric ward, imploding from internal conflict.

People get the country they deserve
Reply to  Cognitive Dissonance Explained

You give useful sheeple idiots far too much credit.

As shown in this article, back in 2009, WikiLeaks released a fascinating document that clearly shows how the United Kingdom government should deal with groups or individuals that expose government secrets:

The last thing that governments around the world want is for the light to shine on their secret activities, secrets which are under threat from investigative journalists and organizations like WikiLeaks.

About what happened in Sweden and UK, there is this good 2012 video explaining it in much detail. Clearly, it was a classic entrapment by assets of Western intelligence agencies:

I’m sure that while he is being tortured in Guantanamo, he can take comfort in the knowledge that he has been “cleared” of rape charges that never had even a shred of credibility in the first place, and were a blatantly transparent part of the mechanism that put him there? So I guess that’s plus??

Frankly, I think that pales in contrast to the self-knowledge that he is a martyr to the cause of truth in journalism.

Sweden has proven itself gutless in many ways and this is just one of them.

Don’t excuse them. They’re just as complicit. They aren’t exactly a shy bunch.

They do have a crackerjack team of sub spotters though.

To imply that Barr cannot use Assange’s testimony due to his mental state is EXTREMELY disingenuous. If Barr genuinely wanted to use Assange’s testimony, all he has to do is instruct the thugs at MI6 to discontinue the MK-Ultra program they are running on Assange.
To try to provide cover for Barr, and by extension Trumps total disinterest in intervening in this disgusting travesty of justice by this method is shameful. I am very disappointed in the Duran, I expected better from you.

You took the words out of my mouth. I agreed with everything else in this video – although the UK’s role is even more shocking than Sweden’s. The Duran has a complete blind spot where Trump and his associates are concerned. Of course, Barr should interview Assange and the fact he has not makes me wonder whether his enquiry will do anything. I do continually wonder whether much of the surveillance is not to make sure that the “Deep State” has material to blackmail/ pressurise anyone at all. Judges and prosecutors as much as politicians. Very few people have no… Read more »

I identify as left, but I am also a somewhat uncomfortable Trump supporter, I believe, or hope at least, that he is at least on some level pushing back against the New World Order. I believe he is FAR better than any candidate the democratic party will realistically field ( anyone who honestly believes they are going to choose either Sanders or Gabbard belongs in a straight-jacket, and there is NOTHING “left” about the dems as they presently exist), but the excuse that Barr would “like” to help Assange, but cant because of his mental state is a bridge WAY… Read more »

Well, I understand your sentiment. I’d venture to explain it as: ‘support anyone that will destroy the status quo and from the resulting chaotic aftermath, both the old order and Trump’s order will be in such disarray that a true phoenix will somehow rise from the ashes.’

hahaha, yes, something like that. Really, I think Trump supports the westphalian model, his actions are largely (not always ) consistant with that, and I believe in the same system. Its better than corporate totalitarianism, which is what the dems and the rest of the neo-liberal new world order are selling.

The UK is a major nexus of evil doings. Sweden is just a tagalong.

But think of how much they’ll save by banning urinals, as long as they don’t join NATO where the savings will quickly be eaten up by $600 toilet seats.

Breaking News: Sweden wins out over the UK as America’s number one lapdog of the month.

Truth – Julian Assange – This is about you

Truth – Julian Assange – This is about you 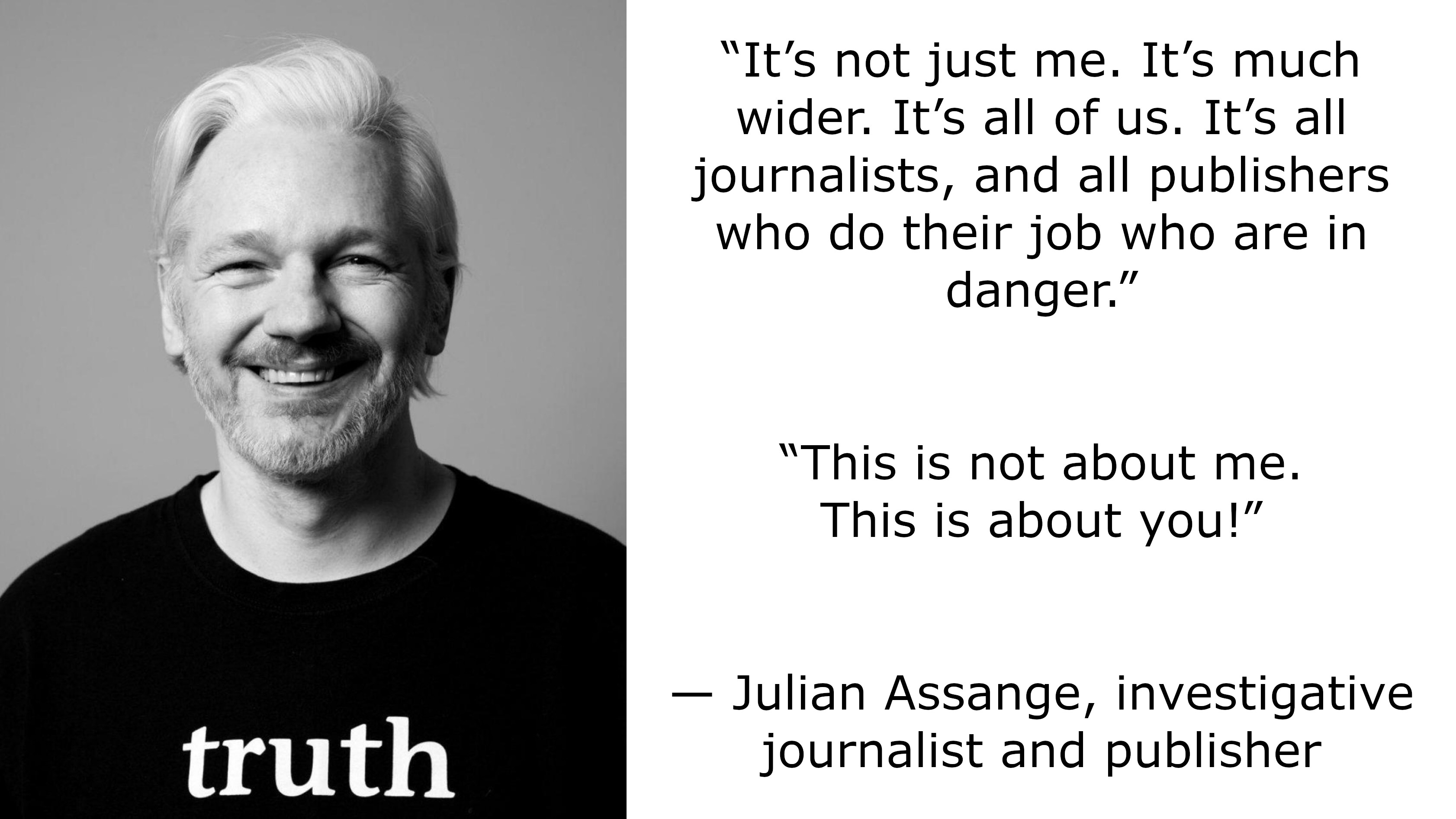 I’ve reflected on that and I’m aghast at myself. Time to tune in to the MSM again, so I can get back to that righteous feeling.

We should protect all whistleblowers, except for Assange.