Over four hundred people attended a Stop The War Zoom meeting on the escalating Ukraine crisis Thursday night.  Introduced by Chris Nineham, there were seven speakers, in order:

Murray (who should not be confused with the tennis player of the same name) attacked Labour Leader Keir Starmer, accusing him of attacking the left.

The German speaker Christine Buchholz outlined how the current situation came about, accusing NATO of encroaching on Russian interests. For obvious reasons, war is a sensitive subject with most Germans, but it is best to ignore her rhetoric about “Imperialism” and the struggle against so-called climate change.

Diane Abbott wasn’t able to join the meeting but recorded a message of support. Incredibly she said something intelligent for once, no mention of racism at all. But what was that about national identities?

Ukrainian contributor Nina Potarska is an airhead feminist but left sexual politics at the door. She struggled somewhat with English but there was no doubt where she was coming from. She said this wasn’t a conflict between Ukrainians and Russians but between America and Russia, or more accurately the neo-cons and those who profit from war in Washington with the Russian political establishment.

Richard Sakwa is an academic currently based at the University of Kent. He spoke at length giving an overview of how the current situation came about after the end of the Cold War, which saw the expansion of NATO. He is old enough to remember that there was once a suggestion that Russia should join NATO. He gave some practical suggestions of how to stop this insane conflict.

American anti-war campaigner Medea Benjamin is the co-founder of Code Pink, a loony “social justice” organisation, but she said something intelligent, like Hillary Clinton was a bad candidate. She is no fan of Nancy Pelosi either. She called NATO a dangerous military alliance.

The final speaker was Jeremy Corbyn, who pointed out that he was one of a very few MPs who had opposed arms sales to the Iraq of Saddam Hussein, stressing that opposing an attack on a nation didn’t equate with supporting its leaders. He warned against an escalation of the conflict, including accidentally.

He also read out a message of solidarity from another Labour MP.

It is most unusual to find so many leftists in one place talking intelligently about something important instead of polemicising about so-called racism or transgender “women” using female bathrooms. Let us hope that the British and other governments will adopt the same approach before it is too late.

Yes, let’s step away from banners and the bullshit. Sovereignty is the only answer. you own you… What’s happening the world over, is a giant global Magna Carta on crank…. the whole world standing back…. lookin’ at the elephant…government… in your house… whistling and gazing at the ceiling. Let’s study the concept of Volunteerism, or Natural Law … yes, there are books on the subject. It will take time to understand, Fuzz 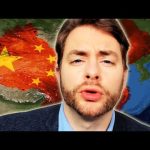 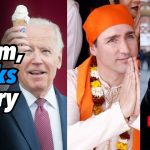