President Bush knew there were no WMDs in Iraq before the invasion, as did most Congressmen and our corporate media. Bush faked proof to accomplish his secret mission of returning control of Iraqi oil fields to western oil companies. Exxon-Mobil, Shell, Total, and British Petroleum are now big producers of Iraqi oil. The United States controls Iraq’s banks and thus its oil revenues, evidenced by President Trump’s threat earlier this year to withhold salaries from the Iraqi parliament if they voted to expel American troops. The USA also steals most of Syria’s oil whose oil fields are mostly in Eastern Syria.

did we expect any other behaviour from the world’s foremost Special Needs State? 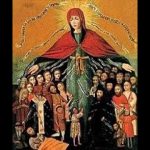