Spurned by US Erdogan Turns to Putin, ‘Vast Agenda’ To Be Discussed, More Russian S400s for Turkey
News Topic 295

Erdogan says relations with Biden off to poor start, future ‘does not bode well’

Erdogan says relations with Biden off to poor start, future ‘does not bode well’

ISTANBUL, Turkey – Turkish President Recep Tayyip Erdogan said Thursday he felt that relations with his US counterpart Joe Biden had “not gotten off to a good start” since the latter’s arrival in the White House.

MOSCOW, September 28. /TASS/. Russian President Vladimir Putin and his Turkish counterpart Recep Tayyip Erdogan will meet in Sochi for talks on September 29. They will discuss trading-economic partnership and the situations in Syria, Libya, Afghanistan and Transcaucasia, the Kremlin’s press service said.

Turkey expects Russia to uphold its responsibilities in the Idlib deal, Defense Minister Hulusi Akar said Tuesday, underlining that Turkey has been abiding by the principles of the agreement. “We hope that with the meeting our president will have with Mr. Putin, a return to peace will be possible as at the beginning of the memorandum of understanding,” he said as attacks on the last opposition bastion continue to increase.

Since pronunciation, or inability of, Ergogan was already raised by Mr. Mercouris, and I then researched it, what does he find so difficult in pronouncing ‘Erdwan”? It’s pretty darn close.

Have you considered a $2.50 slot for contributions, I think it might help.
BTW I am in the $5 slot. All the best.

Reality is a name designated by Homo sapiens for truth. Reality is fake, does not exist. Biden is bad, fake. 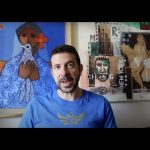