South Africa’s former President Jacob Zuma has handed himself in to police to begin serving a 15-month jail sentence for contempt of court. He was admitted to Estcourt Correctional Centre in his home province of KwaZulu-Natal on Wednesday. Police had warned that they were prepared to arrest him if he did not hand himself in by midnight.

While I’m sure that the points made by Alexander are very pertinent as to the question of why S. Africa and some other African countries have fallen apart since independence, there is one other component which should be considered, that of average IQ of the citizens of the country. Richard Lynn and Tatu Vanhanen published a list of countries showing (informed by their research) the average IQ of the citizens of those countries. Link below to the list. While the UK has an average IQ of 100, and Hong Kong 108, South Africa is well below, at 77. If you… Read more »

I know that it could not be discussed in a video that is going to be put on ***Tube but it must be said that the Elephant in the room wont go away because it is being ignored. Greg above/below has alluded to it however. You cant blame it on the colonial powers. America was a former colony so was India, China, Rhodesia, Canada, The entirety of The Middle East Etc……..America became the world preeminent Super Power, Canada Prospered, India has progressed in leaps and bounds and will become a super power. China has become a Super Power and is… Read more »

As someone who grew up in South Africa and have a relative good grasp of its history I find Alexander (and Alex’s) grasp of SA’s complicated situation, problems and increasing chaos amazing. Well done guys!! You rarely disappoint. At the end of the day however, I do believe that what has played itself out in SA – as well in Zimbabwe – is not so much a post-colonial scenario versus a pre-colonial system, but a clash of civilizations: A Marxist / Animist view of the world replaced a seriously flawed Christian capitalist one. On that we nowadays agree across racial… Read more »

Your point about marxism is highly relevant. It’s not a well publicised aspect of ANC that their political program is essentially a marxist one, and that after nearly three decades of ANC marxist programming SA has gone from first world economy to a third world economy – despite all the natural advantages. (We mustn’t forget that Russia’s gigantic resources were not enough to save Soviet Union either.) The would-be rainbow nation has failed. Economic incentives have been removed and productive people (white farmers) are threatened with confiscations and distributing the entire farming structure to unproductive people. Their lives even have… Read more »

The amount of stereotyping of the continent that Alexander Mercouris has been spewing is breathtaking. I do agree that many African nations suffer from corruption and South Africa is no exception. But Mercouris’ vision of the continent is still frozen in a 1990s time warp. Looks to me that he desperately needs to update his knowledge of the African continent because a lot of his sweeping comments are frankly nonsense.

BTW, Nigeria’s economy has since over taken that of South Africa. I laughed when I heard Mercouris talking about South Africa as if its economy is still the top dog 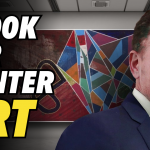