Egypt and Turkey have long been on opposite sides of the raging battle for the fate of Libya, with Turkey providing major military support and backing for the UN-recognized Government of National Accord (GNA) in Tripoli, and with Egypt backing Gen. Khalifa Haftar.

The situation escalated over the weekend, amid a pullback of pro-Haftar forces from Tripoli after being defeated in the bid for the capital, when Egypt’s President Sisi announced from an airbase near the Libyan border that the Egyptian Army stands ready to intervene in Libya on behalf of Haftar.

Sisi declared that if GNA forces attempt to enter Haftar-controlled Sirte, pushing deeper into central Libya, this would be a ‘red line’ for Egypt, forcing it’s intervention.  Crucially both Tripoli and its main ally Turkey on Sunday condemned what they called Sisi’s “declaration of war”.

Turkish state media recorded the GNA statement as follows: “This is a hostile act, direct interference, and amounts to a declaration of war” – in condemnation of Sisi’s statements. It added that for the Libyan state, “interference in its internal affairs, attacks on its sovereignty, whether by declarations… like those of the Egyptian president or by support for putschists, militias, and mercenaries, is unacceptable.”

The heated rhetoric, and with Egypt potentially beefing up forces and military hardware along its border with Libya, has some regional sources saying that Turkey and Egypt are headed for direct war in a rapidly intensifying situation.

“Now Egypt’s president is signaling possible red lines in Libya,” The Jerusalem Post writes. “This line could keep the Turkish-backed GNA from Sirte and a strategic airfield at Jufra. The country would be split down the middle. Egypt has a massive army, but it is also an army mostly untested on foreign battlefields.”

Tripoli is now calling on the international community, especially the UN, to step in should Egypt’s army get involved. 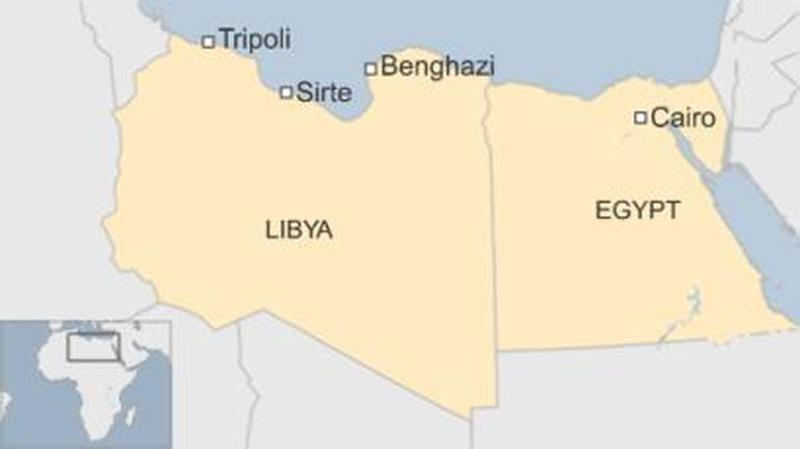 Surveying the prospects for major war between Turkey and Egypt over Libya, The Jerusalem Post explains further:

On paper Turkey’s armed forces and Egypt’s are well matched. Both have F-16s and hundreds of fighter aircraft. Egypt’s army is the 9th strongest in the world on paper with thousands of tanks. Turkey’s armed forces are thought to be the 11th strongest in the world. Both countries use western weapons systems linked to the US or NATO. Turkey’s work with NATO likely makes it more effective than Egypt.

Both countries are bogged down in counter-insurgency campaigns. Egypt is close to Libya and can easily move an armored brigade or troops to the frontline. Turkey would have to fly them in and it likely prefers using Syrian rebel mercenaries to do its dirty work.

It is high time that someone put the Turks in their place. Their place is NOT in Libya!

Yes, but why did the imbeciles in the “exceptional” Anglo Saxon West decide to overthrow the government of a country with the highest standards of living in the Middle East?

No one ever discusses this aggression. Nuremberg 2 War Crimes Trials are long overdue.