Submitted by infoBrics, authored by Lucas Leiroz, research fellow in international law at the Federal University of Rio de Janeiro…

Libya’s situation is worsening day after day. Since the fall of Muammar al-Gaddafi in 2011, the country has been immersed in a deep political, economic and social crisis, with its National State liquidated in a civil war. There is currently a dual power in Libya: the interim government, together with Parliament in Tobruk, which controls the eastern part and has the support of the Libyan National Army (ENL) led by Marshal Jalifa Haftar, and the Government of National Accord, headed by Fayez al Sarraj, based in Tripoli, in the northwest of the country.

As the situation of the civil war in Libya worsens, the interest of other countries in the conflict is increasing. Egypt, a country neighboring Libya, sees the war as a profound threat to its national interests and is about to take steps to ensure its security during the Libyan chaos. Cairo has recently begun military maneuvers on the border with the aim of deploying its troops for a possible intervention in Libya. The exercises are developing and becoming increasingly complex, which has drawn the attention of warring militias in Libya. The Egyptian military training project on the border with Libya is being called “Hams 2020” and is mobilizing several troops in the region.

On June 20, Egypt’s President, Abdul Fatah Khalil Al Sisi, declared that an Egyptian military intervention in Libya would be legitimate under United Nations rules, using the principle of self-defense in international law. Abdul is not alone in his thoughts: Libyan Parliament in Tobruk (east) declared on July 14 that the Egyptian Army has the right to intervene in the Libyan conflict to defend the national security of Libya and Egypt if there is a threat imminent to the security of the two countries.

In contrast, the Government of National Accord did not adhere to possible military cooperation with Egypt and reacted with severe criticism to Cairo’s position. According to an official statement of the National Accord, published by the TV network Al Jazeera, the Egyptian interest in intervening in Libya totally affronts the national sovereignty of the country and can be understood as a true declaration of war. The representatives of the Government of National Accord also stated that they are ready to negotiate peaceful solutions at the United Nations through impartial international arbitration, but that they will not tolerate any military intervention from another country.

The war of words between the Egyptian president and the Government of National Accord took place moments before the arrival of representatives of the Arab League in Libya for a discussion on the issue of Egypt. The National Accord denied participating in the meeting, which turned out to be fruitless. Since then, the situation has worsened and, finally, Haftar, head of the eastern government, formalized a request for Egyptian military intervention in the country. Haftar had previously asked for help from Egypt and both maintain close cooperation in the civil war, while the Government of National Accord is supported by Turkey, which aims to increase its projection in North Africa through Libya.

Several ceasefire agreements between Libyan governments have previously been signed and violated during the civil war. The current peace project elaborated by Egypt, however, was well received by the United Arab Emirates, Saudi Arabia, the European Union, Russia and the USA. The central problem of the Egyptian proposal is to demand the exclusive disarmament of the Government of the National Accord, proposing a recognition of the legitimacy of the eastern government. Turkey and Algeria condemn Egypt and show support for the opposing government, perpetuating the country’s civil war scenario.

The central point in the matter is that Cairo, although it has a peace proposal well received by the main world powers and acts strongly for Haftar’s victory, does not have a position on the geopolitical scenario important enough to guarantee its interests in Libya, unlike Turkey. The military powers that supported Cairo’s peace proposal do not have an involvement in the conflict as great as the Turkish role, so the project tends to fail. However, we can contemplate a particularly interesting role for Russia in the war, which must be explored in order to achieve peace. Moscow has a great capacity for dialogue with both governments and is better able to mediate negotiations in search of an agreement than Turkey or Egypt – which are directly involved in the war.

It does not matter which side will win the war, the most important thing for Libya is to promptly find a solution to this problem that has plagued the country for almost ten years. Only in a peaceful scenario will Libya be able to restructure itself as a National State – or two States, if the two governments fragment the country – and finally return to exploiting its enormous economic potential from oil reserves.

>fixed it for you.

Sarkozy, Killary Clinton & that “hope & change” fraud, Obama, SERIOUSLY deserve to be hauled in front of the ICC for DESTROYING a perfectly functioning country. Then they need to be hanged for aggression. Dmitry Medvedev & China are also responsible for abstaining even though they know Western bureaucrats lie like a rug. Just ask Pompeo! If I had Q’s omnipotent powers in Star Trek, I’d return the favour (24/7 chaos Libya style) to the US, France & UK in the blink of an eye. Still a great read even though published in 2011 when CounterPunch was a top Alt-Media… Read more »

With a year 2000 population hovering around 30 million people in the world’s second biggest country, Canada had an excellent, vibrant educated society. I went to high school & university with Persians, Vietnamese, Koreans, Laotians, Italians, Chinese, Indians, Filipinos, Greek, Jamaicans, Lebanese among others — all very hard working folk who studied & became productive members of Canadian society. I had a dear Libyan friend named Nagi who studied Mechanical Engineering at the University of Ottawa. He was always anti-Qaddafi. After the 2011 Libyan invasion, I asked him his views in an email. Nagi felt things were much better now… Read more »

“Only in a peaceful scenario will Libya be able to restructure itself as a National State – or two States, if the two governments fragment the country – and finally return to exploiting its enormous economic potential from oil reserves.”

With the Turks meddling in Lybia, this will not be possible. Beware of theTurks! Look what they are doing to Syria! 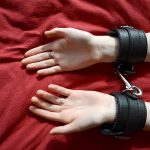