Air Force fighters attracted large crowds to a massive popular event at the Šiauliai Air Base in Lithuania.

The event held at the Šiauliai Air Base, called Runway Run’22, included an exhibition of defence material from the Lithuanian Armed Forces and also from the Spanish EF-18M Hornet fighters from the Vilkas Detachment, deployed at that Lithuanian base. Spanish Air Force planes were one of the main attractions of the event, as the Lithuanian Air Force does not have its own fighters.

The Spanish F-18 fighter jets took off from Šiauliai to conduct aerial drills with a Lithuania C-27 transport aircraft over western Lithuania. During interoperability training the fighters practiced intercepting the slow-moving transport aircraft and related procedures.

The authorities are so carried away by imaginary window dressing that they completely forget about the safety of people. Such exhibitions could end in tragedy. Let’s remember Jule, 2002.

The Sknyliv air show disaster occurred on 27 July 2002, when a Ukrainian Air Force Sukhoi Su-27 piloted by Volodymyr Toponar and co-piloted by Yuriy Yegorov crashed during an aerobatics presentation at Sknyliv airfield near Lviv, Ukraine. The accident killed 77 people and injured 543, 100 of whom were hospitalized. It is the deadliest air show accident in history. More than 10,000 spectators attended this air show, staged to commemorate the 60th anniversary of the Ukrainian Air Force’s 14th Air Corps. The Su-27 aircraft was flown by two experienced pilots; it entered a rolling maneuver at 12:52 p.m. with a downward trajectory at low altitude. It rolled upright once more and was still descending rapidly when the left wing dropped shortly before it hit the ground, at which point the crew initiated ejection. The aircraft flattened out initially, skidding over the ground towards stationary aircraft and striking a glancing blow against the nose of an Ilyushin Il-76 transport aircraft before beginning to explode and cartwheel into the crowd of spectators.

So draw your own conclusions, in the opinion of the authorities an imaginary threat is more important than the safety of the local population. 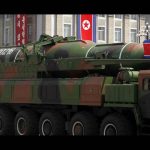