Recently, advertisements have been appearing on YouTube inviting people to invest in Amazon. Amazon shares are currently in excess of $3,000, but you can invest for as little as $250. One outfit is advising “Learn how to invest in the Million-Dollar Company. Start here”

To begin with, Amazon isn’t a mere million dollar company; it has well in excess of a million employees worldwide. Its owner is believed to be the world’s richest man next to Elon Musk. Why should mere plebs be invited to “invest” in Amazon?

The promise of immediate profits with such a huge corporation is of course alluring, until you do some homework. Amazon was founded in July 1994 and went public three years later.

An investment of $10,000 on May 15, 1997 would have been worth more than $12 million 23 years later, but how many people made that investment? More to the point, how much would a similar investment grow over the next 23 years, or would it grow at all?

While it is true that a company even as huge as Amazon may keep on growing, it could hardly grow a thousandfold or even a hundredfold over the next twenty, thirty or more years. And there is also the possibility that Amazon, or certain arms of it, may not even survive that long. If you think that claim is unworthy of belief, consider the following.

The UK retailer HMV opened in 1921 and at one point had hundreds of stores the world over. It went into administration on January 15, 2013, but rebounded, and in January 2015, overtook Amazon to become the latest retailer of physical music in the UK. However, in December 2018, it went into administration again, and although it is still in business, it is a shadow of its former self. Even computer companies have struggled with bankruptcy including IBM, and until the return of Steve Jobs, Apple.

Does all this mean Amazon is a bad investment? No, but realistically, unless you can invest really big bucks, a company that size isn’t for you. Don’t be afraid to invest in sound, blue chip shares, but don’t expect to make massive profits, and if you trade incessantly, that is something you certainly will not do because any profits you do make will be eaten up by commissions and spreads. The best advice on investing in shares was given by Tony Levene in his 1987 book The Shares Game, advice that hasn’t dated, indeed has been validated over and over again with the passage of time. If though, you have not just money to invest but money to burn, you should be looking for the next Amazon to invest in, a company that today, next week, or next month will be started by a couple of dudes working out of a home garage. Good luck finding that. 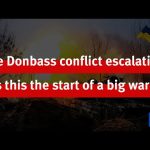 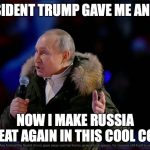