SDF militants carried out a successful infiltration operation on the axis of the village of Umm al-Manajir in the countryside of Ras al-Ain, northwest of Al-Hasakah, which resulted in deaths and injuries among the Ankara factions’ militants.

Sources reported that the operation resulted in the death of 5 people and the wounding of 3 others among the militants belonging to the Turkish factions in the region, indicating that the elements of the “SDF” infiltrated the village and exploded one of the militia’s concentration points, then they detonated it from a distance, killing and wounding many people.

The operation came in conjunction with the escalation of the Turkish forces and the factions loyal to them from their attacks on the axes of Ain Issa in the northern countryside of Raqqa, and Tal Tamr in the western countryside of Al-Hasakah, amid their attempts to advance in the 2 areas at the expense of the “SDF” elements, who have succeeded in stopping all the attacks, and to prevent any change to the map of control.

The source noted that the infiltration of the “SDF” operation resembles an operation carried out by the militants of the “Sultan Suleiman Shah” faction, loyal to Ankara, last week on the axis of “Debs” village in the countryside of “Ain Issa”, after which they managed to kill 7 members of the “Raqqa Military Council” and the withdrawal of their bodies and the confiscation of their weapons.

It’s noteworthy that the Turkish military escalation contradicts Ankara’s commitment to a ceasefire, as stipulated in the Sochi Agreement in 2019, which it signed with the Russian side. 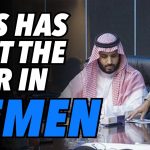 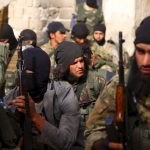