Below is my translation of an article which appeared in the Russian language about Russian soldiers who helped children in a Syrian village — one which speaks the language of Jesus Christ.

Maaloula, Syria, is one of the last bastions of the language of The Lord Jesus Christ – Aramaic. In the gorge beneath tons of rocky mountains, amidst the sands of the Syrian desert lays sprawling Maaloula – an ancient city which endured the wars and the storms of the ages.

Maaloula is unique in human history as it holds one of the world’s most ancient Christian monasteries – Mar Taqla Monastery, and in the Church of Saints Sergius and Thecla lay many icons wrought in the old and peculiar Orthodox style. Saint Thecla was an ancient Christian saint, one of the forerunners of female monastics, who knew the Apostle Paul himself. As a matter of fact, she was his student.

The folk of Maaloula still speak amongst themselves the old Syrian dialect of Aramaic – the native language of Lord Jesus Christ himself.

Sadly, the conflict in Syria did not spare old Maaloula. Christian shrines were desecrated by terrorists, Holy Icons were stolen, her people were taken captive or put to the sword, tortured and destitute of their former serene glory, of whom the world was not worthy.

But thanks to Russia, peace is returning in measure to the Syrian land, and after the cities liberation from western-backed “moderate” decapitators, Russian officers from the Center for Reconciliation of Opposing Sides have come with humanitarian aid in their hands.

“During the liberation of Maaloula, a church was plundered by militants. 26 icons were stolen. We recovered one of them depicting the archangels Michael and Gabriel. We see the tragic result of vandalism – over their faces plaster was covered. (This practice was used against icons by the Ottoman Turks in history) 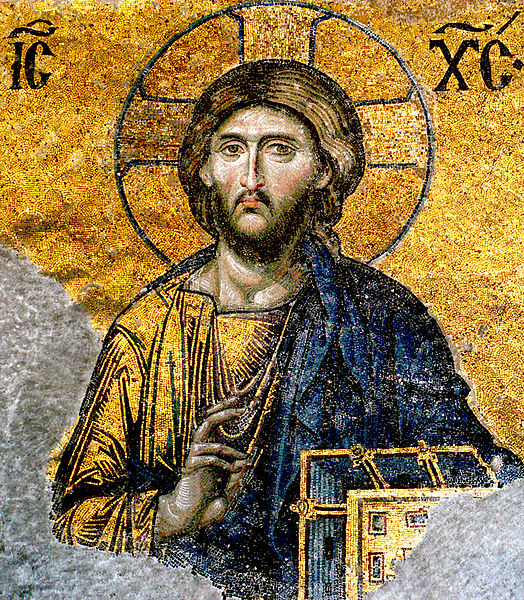 The Altar was also desecrated and destroyed by them. (Altars are the most sacred part of Orthodox Churches containing the tabernacle in which Orthodox Christians believe the Body and Blood of Jesus Christ is present in the Sacrament). But thanks to the labours of our youth, the Church is being gradually restored. Said the Novice of Saint Sergius and Bacchus Church Rita Bakhba

Russian servicemen brought over three TONS of humanitarian aid to orphans in the city.

The care packages contain rice, sugar, canned meat, tea (a must for any Syrian or Russian), school bags, stationery, clothing, and personal hygiene items. They are often packed in bags saying “Syria – Russia is With You!” Military doctors assisted over 106 people, including 35 children.

The children sang national songs and something incredibly rare happened – they laughed. Teachers had tears in their eyes, as during the years of the war, seeing happy children is quite uncommon.

The children hugged the soldiers saying “Shukraan Rusii” (Thank you Russians). Check out the rest of the pictures at Russkaya Vesna.

Departing Maaloula, Russian servicemen took with them not only a portion of the grace and holiness which flows from the city like water from a fountain, but the warmth of the Children’s hearts who need love and care all the days of their lives.