My only criticism, please try to keep the sentence length down. Short, punchy sentences are more effective (yes, I’m a writer).

What is Build Back Better for the World (B3W)? “Build Back” makes me think of demolition. Something to do with Baghdad perhaps? Mysterious.

Build Back Better means “build back to the way things were before (Covid-19)”, but without “the old economy’s structural weaknesses and inequalities”, according to the White House website.

Seems to me Russia just wants to be left alone and not annoyed by so many ignominious gnats on its borders.

Ever since Napoleon (or even before, with the attempted colonization of Crimea by UK and France), that’s been the case…

The OUSSC (The Organization of U. S. Sanctioned Countries) apparently has a bright future. Look what U. S. policy has done for Al Queda/ISIL/IS/ISIS or whatever the hell our ally/enemy/ally is being called today. By the way, how many Afghanistan/Iraq veterans committed suicide today?

These commentators spewing such revealing insights into the Russian mind remind me of a gaggle of 12 year old girls yacking about their coming puberty and what about that Johnny next door and his friends. Are they creepy or are they cute?

Then again, consider the source.

Hmmm! Do you eavesdrop on gaggles of prepubescent giggling girls often? I’m just trying to “consider the source” here.

That text hit the jackpot.
Thank you. 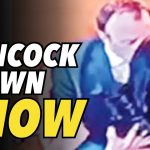 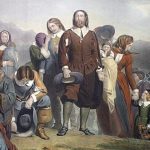