It’s impossible to understand the resumption of the JCPOA nuclear talks in Vienna without considering the serious inner turbulence of the Biden administration.

Everyone and his neighbor are aware of Tehran’s straightforward expectations: all sanctions – no exceptions – must be removed in a verifiable manner. Only then will the Islamic Republic reverse what it terms ‘remedial measures,’ that is, ramping up its nuclear program to match each new American ‘punishment.’

The reason Washington isn’t tabling a similarly transparent position is because its economic circumstances are, bizarrely, far more convoluted than Iran’s under sanctions. Joe Biden is now facing a hard domestic reality: if his financial team raises interest rates, the stock market will crash and the US will be plunged into deep economic distress.

Panicked Democrats are even considering the possibility of allowing Biden’s own impeachment by a Republican majority in the next Congress over the Hunter Biden scandal.

According to a top, non-partisan US national security source, there are three things the Democrats think they can do to delay the final reckoning:

First, sell some of the stock in the Strategic Oil Reserve in coordination with its allies to drive oil prices down and lower inflation.

Second, ‘encourage’ Beijing to devalue the yuan, thus making Chinese imports cheaper in the US, “even if that materially increases the US trade deficit. They are offering trading the Trump tariff in exchange.” Assuming this would happen, and that’s a major if, it would in practice have a double effect, lowering prices by 25 percent on Chinese imports in tandem with the currency depreciation.

Third, “they plan to make a deal with Iran no matter what, to allow their oil to re-enter the market, driving down the oil price.” This would imply the current negotiations in Vienna reaching a swift conclusion, because “they need a deal quickly. They are desperate.”

There is no evidence whatsoever that the team actually running the Biden administration will be able to pull off points two and three; not when the realities of Cold War 2.0 against China and bipartisan Iranophobia are considered.

Still, the only issue that really worries the Democratic leadership, according to the intel source, is to have the three strategies get them through the mid-term elections. Afterwards, they may be able to raise interest rates and allow themselves time for some stabilization before the 2024 presidential ballot.

So how are US allies reacting to it? Quite intriguing movements are in the cards.

When in doubt, go multilateral

Less than two weeks ago in Riyadh, the Gulf Cooperation Council (GCC), in a joint meeting with France, Germany and the UK, plus Egypt and Jordan, told the US Iran envoy Robert Malley that for all practical purposes, they want the new JCPOA round to succeed.

A joint statement, shared by Europeans and Arabs, noted “a return to mutual compliance with the [nuclear deal] would benefit the entire Middle East, allow for more regional partnerships and economic exchange, with long-lasting implications for growth and the well-being of all people there, including in Iran.”

This is far from implying a better understanding of Iran’s position. It reveals, in fact, the predominant GCC mindset ruled by fear: something must be done to tame Iran, accused of nefarious “recent activities” such as hijacking oil tankers and attacking US soldiers in Iraq.

So this is what the GCC is volunteering to the Americans. Now compare it with what the Russians are proposing to several protagonists across West Asia.

US-Iran Relations: Towards a Polar Reorientation In the Middle East?

Essentially, Moscow is reviving the Collective Security Concept for the Persian Gulf Region, an idea that has been simmering since the 1990s. Here is what the concept is all about.

So if the US administration’s reasoning is predictably short-term – we need Iranian oil back in the market – the Russian vision points to systemic change.

The Collective Security Concept calls for true multilateralism – not exactly Washington’s cup of tea – and “the adherence of all states to international law, the fundamental provisions of the UN Charter and the resolutions of the UN Security Council.”

All that is in direct contrast with the imperial “rules-based international order.”

It’s too far-fetched to assume that Russian diplomacy per se is about to accomplish a miracle: an entente cordiale between Tehran and Riyadh.

Yet there’s already tangible progress, for instance, between Iran and the UAE. Iranian Deputy Foreign Minister Ali Bagheri held a “cordial meeting” in Dubai with Anwar Gargash, senior adviser to UAE President Khalifa bin Zayed Al Nahyan. According to Bagheri, they “agreed to open a new page in Iran-UAE relations.”

Geopolitically, Russia holds the definitive ace: it maintains good relationships with all actors in the Persian Gulf and beyond, talks to all of them frequently, and is widely respected as a mediator by Iran, Saudi Arabia, Syria, Iraq, Turkey, Lebanon, and other GCC members.

Russia also offers the world’s most competitive and cutting edge military hardware to underpin the security needs of all the parties.

And then there’s the overarching, new geopolitical reality. Russia and Iran are forging a strengthened strategic partnership, not only geopolitical but also geoeconomic, fully aligned to the Russian-conceptualized Greater Eurasian Partnership – and also demonstrated by Moscow’s support for Iran’s recent ascension to the Shanghai Cooperation Organization (SCO), the only West Asian state to be admitted thus far.

Furthermore, three years ago Iran launched its own regional security framework proposal for the region called HOPE (the Hormuz Peace Endeavor) with the intent to convene all eight littoral states of the Persian Gulf (including Iraq) to address and resolve the vital issues of cooperation, security, and freedom of navigation.

The Iranian plan didn’t get far off the ground. While Iran suffers from adversarial relations with some of its intended audience, Russia carries none of that baggage.

And that brings us to the essential Pipelineistan angle, which in the Russia–Iran case revolves around the new, multi-trillion dollar Chalous gas field in the Caspian Sea.

That’s hardly the story. Chalous, in fact, will enable Iran – with Russian input – to become a major gas exporter to Europe, something that Brussels evidently relishes. The head of Iran’s KEPCO, Ali Osouli, expects a “new gas hub to be formed in the north to let the country supply 20 percent of Europe’s gas needs.”

According to Russia’s Transneft, Chalous alone could supply as much as 52 percent of natural gas needs of the whole EU for the next 20 years.

Chalous is quite something: a twin-field site, separated by roughly nine kilometers, the second-largest natural gas block in the Caspian Sea, just behind Alborz. It may hold gas reserves equivalent to one-fourth of the immense South Pars gas field, placing it as the 10th largest gas reserves in the world.

Chalous happens to be a graphic case of Russia-Iran-China (RIC) geoeconomic cooperation. Proverbial western speculative spin rushed to proclaim the 20-year gas deal as a setback for Iran. The final breakdown, not fully confirmed, is 40 percent for Gazprom and Transneft, 28 percent for China’s CNPC and CNOOC, and 25 percent for Iran’s KEPCO. 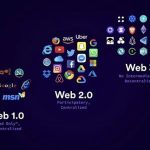 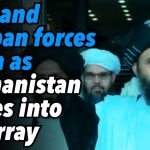