Are Russia and Israel on a collision course in Syria? – Responsible Statecraft

Recent statements by a Russian admiral and an anonymous Russian source have prompted speculation about whether Russia is changing its approach regarding Israeli strikes on Iranian and Hezbollah targets in Syria. If such a shift is coming, it could pose problems for the United States, as the situation between Israel and Russia, while not unfriendly, is fragile and complicated.

Are Russia and Israel on a collision course in Syria? – Responsible Statecraft

Lebanon complains to UN over alleged Israeli strikes from its airspace

Lebanon complains to UN over alleged Israeli strikes from its airspace

Representatives of the Qatirji company and leaders of the Syrian Democratic Forces (SDF) met in the Tabqa Civil Council – affiliated with the Kurdish-led Autonomous Administration of North and East Syria – in early August to discuss the possibility of increasing oil shipments that the company, which is listed on the US sanctions list, transports between government-held areas and those controlled by the SDF in northeast Syria.

How many ” veiled threats ” does it take to illicit some action against the Zionist state of Israel, time for action not placid words.

Helga I. Fellay
Reply to  waine

“Are Russia and Israel on a collision course in Syria?” According to Everything we know about Russia, and Everything we know about Israel, they are, and always have been, on a direct collision course, a course set by Israel. If Israel hasn’t that figured out by now, it means that either Putin’s diplomatic skills must be even far superior than we have come to observe and admire, and/or Israel’s leadership is every bit as dumb, ignorant, and impotent as that of the US. Watch out Israel, your US vassal “empire” is about to be flushed down the toilet. You just… Read more »

davwil171
Reply to  Helga I. Fellay

too bad nobody kept their world following the demise of ottoman empire. if they had this would never have happen.

Russia has learnt like “EVERY” other Nation “NEVER” Ever Help Israhell, Ever, Like England who help them only to be thankled by Israhell killing English soldiers in the David hotel bombing, The “ONLY” Dumb nation who continues to help these Parasitic criminals is JEWSA, who are usurped by the Parasite, Who Did Uss Liberty ? Who Did 9-11. Poor “Dumb” Dumb USA !

Eddy
Reply to  Soon Soon, when the people realoise the Perpetrait

Don’t forget the Kiwis, who today are best mates with these people, despite having their own citizens murdered by them. What a short memory some folks have.

Nothing suspicious there at all.

A am making $200 to $300per hour doing online work from home. I kept hearing other people tell me how much money they can make online so I decided to look into it. Well, it was all true and has totally changed my life.if you interested…Go to this link, fill out a basic online form and hit submit at,Home Profit System And Follow The instructions as Home Profit System And Set Up your AcCount..GOOD LUCK★★
↓↓↓↓↓↓↓↓
HERE……… http://www.income200.com

Israel’s pretext when bombing Syria is usually that it is, “targeting Iranian-backed fighters,” a charge gleefully reprinted in media and by sources supporting the fall of the Syrian government. Thursday’s bombings killed four Syrian civilians, including at least one youth. Not a single mainstream media outlet ever mentions the plan for the creation of “Greater Israel” as a one and only power operating in the Middle East, which requires the destruction of 7 nations in 5 years, starting with Iraq, Syria, Iran etc.

I am sorry to say this but even Russia won’t ever do anything against God’s chosen ones. So I hope the Palestinians wont think that anyone will come and help them!!!! Maybe some God or other, but don’t hold your breath too long because that will save the chosen ones the price of a bullet.

I’m Not sure, I don’t think Russia would directly kill Israeli personnel, but they have the ability to point Syria and Iran in the right direction to cause Israeli forces serious harm, and more Russian made tech and weapons would be more freely available to its mideast partners,which will p*ss of Israel, and make them think before they act.. Israel has citizen soldiers and any serious loss of life would affect everyone personally, the Israeli government would then know the limits of it’s universe,in other words hands off Syria..

Russia isn’t in Syria for altruistic reasons, they see Syria due to its geographical location as key in protecting Russia’s southern tier, the Western military analysts are always banging on about warm sea ports, but there is only one reason they are there, to defend Mother Russia from chaotic failed states that harbour religious extremist militants , and they won’t Israel get in the way of that..

you seem confused about Russia’s warm sea ports. That is the reason Putin tries to get along with temperamental Erdogan, so he has full access to the Mediterranean. He therefore has no need to play nice with Syria for “geographical” reasons. Putin may well have an interest in preventing Israel from achieving its wet dream of creating “Greater Israel” by destroying 7 countries in 5 years, to be left as the only regional superpower in the entire Middle East – dangerously close to Russia. Putin is not stupid.

I will counter your valid point,what do Central Asian Republics All have in common???,they are Muslim,they border Russia ,and Not too far from Syria,see where I am going??,President Putin doesn’t want the virus of religious extremism contaminating this region,of course Russia needs access to the Mediterranean,but Russian service personnel on Not putting their lives on the line just for warm sea ports..Russia is in Syria to defend Russia,it’s Pro Active..President Putin accepts that Turkey has interests,but only as long they do Not conflict with Russian security,also the only reason Erdogan is alive and breathing,is because of Russian intelligence,the empire wanted… Read more »

I find it rather contradictory, here we have Taiwan and the U,S, screaming loudly at the U.N. every time a Chinese plane flies over it’s own territory, (Taiwan) yet strangely silent when Lebanon cries foul with Israeli war planes flying over their territory, firing off weapons of war at Syrian territory. Not a whimper of objection .Why are the rest of the Western World silent on these transgressions ? 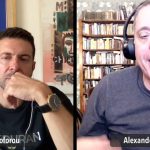