President of Russia Vladimir Putin: Mr Nazarbayev, We are delighted to welcome you here in Russia, in St Petersburg. Thank you for coming. I have to say, and you know it well, that when we gather with our colleagues to discuss any matter related to the development of the EAEU, the Eurasian Economic Union, we always remember that the idea belonged to you.

The agenda included, in part, discussions on the further development of bilateral relations in such areas as education, energy and digitalisation. Vladimir Putin invited Kassym-Jomart Tokayev to come on a visit to Russia early next year.

NUR-SULTAN, January 5. /TASS/. Protesters have seized the Almaty residence of Kazakhstan’s president, the zakon.kz news portal reported on Wednesday citing eyewitnesses. Earlier media reports said that several thousand protesters were trying to break into the premises of the residence.

Mass protests gripping Central Asian country will meet a ‘tough’ response, president warns Kazakhstan’s President Kassym-Jomart Tokayev has vowed a strong response to violence seen during ongoing nationwide protests on Wednesday. Tokayev added he has assumed the post of the head of the country’s Security Council. 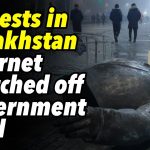 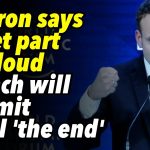