What is the connection between the murder of an eight year old girl in England  twenty-two years ago and the current horror in Ukraine?

On July 1, 2000, the Payne family were enjoying a day out in the countryside. Two boys, two girls, and their parents. At some point, Sarah disappeared. Her body was found sixteen days later. Convicted child molester Roy Whiting was convicted of her murder, which he denied at trial, although later when testifying against another prisoner who had slashed his face to make a name for himself, he admitted the crime.

Probably due to her iconic, angelic image as much as anything else, Sarah’s murder led to calls for legal reform. And to outrage. Outrage isn’t necessarily a bad thing, but on March 4, 60 Minutes Australia uploaded a near 14 minute video to YouTube that showed where misguided outrage can lead. In this case it led to a now long defunct Sunday newspaper seeking foolishly to publicly out every convicted paedophile in Britain. As can be seen from the video, this led to innocent people being attacked, but leaving that aside, should a man in say his 50s who groped or “groomed” a child in his 20s be outed in such a fashion when he has long since paid his debt to society and perhaps has kids of his own? Some people seemed to think so.

Thankfully, we haven’t seen angry women marching against Russians in the West just yet, but some of the responses to the invasion of Ukraine are not much better. There are many wealthy Russians living in the UK, especially London. These men are alluded to as oligarchs. They are not all oligarchs and they are not all men. Four years ago, some lunatic came up with Unexplained Wealth Orders to tackle money laundering by foreign criminals. Yeah, right. To date these have been used sparingly, but if the Guardian is to be trusted – and it does occasionally tell the truth – they will be used a lot more frequently very soon. Unexplained Wealth Orders are civil asset forfeiture on steroids, and a clear violation of the rule of law. Remember the rule of law?

Listen to the rhetoric of Margaret Hodge, a woman who not long ago was whining about anti-Semitism.

“Russians don’t come here for the weather, but instead for our lax regulation, pathetic law enforcement and a property market that is ripe for abuse”.

Substitute Jews for Russians and read it again.

Roman Abramovich is both a Russian and a Jew. He has also been a big name in UK soccer; under his ownership, Chelsea have won no fewer than 17 major trophies. He is now selling up having been tarred with the Putin brush.

On a lighter note but not for the businesses concerned, restaurants and other food businesses that are Russian or are perceived to be Russian, are being targeted with negative reviews.

On a more serious note, Tim Pool recently exposed so-called fact checkers who push gross lies about Russia. This sort of disinformation can be extremely dangerous; those of a certain vintage may remember the tearful teenager who gave compelling eyewitness testimony about Iraqi soldiers murdering babies in a Kuwait hospital. Compelling eyewitness testimony that turned out to be a total fabrication. Russia is also being banned from everything from sports to Eurovision. One of the biggest moves is the purging of RT from YouTube. As RT has largely been more reliable than most of the US media and the BBC for the past few years, viewers will have to be extra mindful of the increase of propaganda.

Finally, the Stop The War Coalition has had to spell out that it does not support Vladimir Putin. In spite of its ludicrous anti-Imperialist rhetoric, this avowedly left wing organisation has it right for once. Or maybe for the Nth time.

Today’s Russophobia, is analogous to the The Two Minutes Hate in George Orwell’s 1984. Emmanuel Goldstein’s face has simply been replaced by Vladimir Putin’s and the Russian People.

The Way Roman Abramovic has been treated is disgusting, he turned Chelsea FC into one of the biggest clubs in the world, he also plowed money into the Chelsea stadium, he put a lot money into to the UK economy, and now he is being scapegoated, harassed and now being pushed out of the country, for some tenuous link to president Putin.. It has been Russophobia on steroids in the UK, its almost government policy to incite hatred towards Russia, that big scarey country..P.S., the empire can slaughter, torture, cause enslavement of peoples, I. E.[Black Libyans and the Yazidis of… Read more »

“Such as it is, the press has become the greatest power within the Western World, more powerful than the legislature, the executive and judiciary. One would like to ask; by whom has it been elected and to whom is it responsible?” ~ Aleksandr Solzhenitsyn

The push against Russia/Putin is realised through the MSM PRESS, that is mainly controlled by………we all know who. 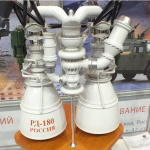 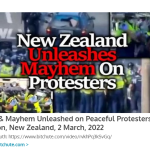