Russell Brand was never much of a comedian. The nadir of his career has to be the disgusting “prank” phone calls he and his chum Jonathan Ross made to the now deceased actor Andrew Sachs in 2008. Best not to mention the content of these calls. His short marriage to the gorgeous and talented Katy Perry along with his personal struggles against addiction have been well documented. Five years ago he married Laura Gallacher and is now the proud father of two daughters.

He is still pursuing a show business career, about which the less said the better, but in recent years he has literally shone as a YouTube pundit. Brand opened his YouTube account on January 1, 2007, and posted mostly puerile rubbish on it for years, then around 2014 he began posting more serious takes. For about the past four years he has been uploading overwhelmingly worthwhile and at times thought-provoking videos. His channel now has 5.29 million subscribers; Steven Crowder has 5.58  million. Brand also has a smaller channel he started  less than a year ago. Awakening With Russell has 336 thousand subscribers.

On March 9, he uploaded a video to his main channel called You’ve Been LIED To About Why Ukraine War Began; it has to date been viewed over 2.3 million times, and many of his other recent videos have clocked up over a million views. But why should anyone take a comedian seriously?

Another comedian has the answer. On March 19, Jimmy Dore posted a video in defence of Brand following recent smear articles including by The Independent. You bet it’s independent. There is something cultish about him, the reader is told, and he is promoting conspiracy theories. Like Russia-gate, the Hunter Biden laptop, and Justin Trudeau turning Canada into a police state? No, these are conspiracy facts.

Unlike Alex Jones, Brand isn’t into infotainment. While he does speculate intelligently, he doesn’t make outrageous claims and go beyond the evidence. All the same, there are plenty of people out there who would be happy to see his YouTube channel go the same way as Infowars. Let’s hope their wishes don’t come true.

I think he has proven himself over time. He’s highly intelligent and I admire him for what he does.

I remember Russell Brand and his woke comic style that just fits in nicely with the limp lefties and Jonathan Ross. Now he seems to have discovered that the world isn’t full of white racists to poke fun of. He now speaks about the NAZIfied Ukraine which is correct!!!! But I still don’t trust him.

The “NAZIfied Ukraine” is a distraction, and a ruse. The Azov Battalion are just a bunch of murderous Bandits, and Useful Idiots for the cabal running Ukraine.  The Government of occupation which overthrew the democratically elected President Viktor Yanukovych in the 2014, introduced an Antisemitism Law in September 2021, making Antisemitism a crime in Ukraine, punishable with a lengthy Prison sentence and heavy fines.  All members of the Azov Battalion would already have been arrested and charged under the new Antisemitism bill, and punished, if they were not the Useful Idiots that they are.  The Azov Battalion have been brainwashed… Read more »

I find Russell to be a person who does not make claims, is not afraid to have opinions, encourages participation, and looks for others opinions. I hope he stays around. 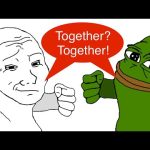 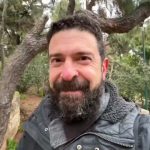