Authored by Ron Paul via The Ron Paul Institute for Peace & Prosperity:

You can always count on the neocons in Congress to ignore reality, ignore evidence, and ignore common sense in their endless drive to get us involved in another war.

You can always count on the neocons in Congress to ignore reality, ignore evidence, and ignore common sense in their endless drive to get us involved in another war. Last week, for example, Senators John McCain (R-AZ), Lindsey Graham (R-NC), Bob Menendez (D-NJ), and others joined up to introduce what Senator Graham called “the sanctions bill from hell,” aimed at applying “crushing” sanctions on Russia.

Senator Graham bragged that the bill would include “everything but the kitchen sink” in its attempt to ratchet up tensions with Russia.

Sen Cory Gardner (R-CO) bragged that the new sanctions bill “includes my language requiring the State Department to determine whether Russia merits the designation of a State Sponsor of Terror.”

Does he even know what the word “terrorism” means?

Sen Ben Cardin (D-MD) warns that the bill must be passed to strengthen our resolve against “Vladimir Putin’s pattern of corroding democratic institutions and values around the world, a direct and growing threat to US national security.”

What has Russia done that warrants “kitchen sink” sanctions that will “crush” the country and possibly designate it as a sponsor of terrorism? Sen. Menendez tells us: “The Kremlin continues to attack our democracy, support a war criminal in Syria, and violate Ukraine’s sovereignty.”

There is a big problem with these accusations on Russia: they’re based on outright lies and unproven accusations that continue to get more bizarre with each re-telling. How strange that when US Senators like Menendez demand that we stand by our NATO allies even if it means war, they attack Russia for doing the same in Syria. Is the Syrian president a “war criminal,” as he claims? We do know that his army is finally, with Russian and Iranian help, about to defeat ISIS and al-Qaeda, which with US backing for seven years have turned Syria into a smoking ruin. Does Menendez and his allies prefer ISIS in charge of Syria?

And how hypocritical for Menendez to talk about Russia violating Ukraine’s sovereignty. The unrest in Ukraine was started by the 2014 US-backed coup against an elected leader. We have that all on tape!

These Senators claim that sanctions will bring the Russians to heel, but they are wrong. Sanctions are good at two things only: destroying the lives of innocent civilians and leading to war.

As I mentioned in an episode of my Liberty Report last week, even our own history shows that sanctions do lead to war and should not be taken lightly. In the run-up to US involvement in the War of 1812, the US was doing business with both France and the UK, which were at war with each other. When the UK decided that the US was favoring France in its commerce, it imposed sanctions on the US. What did Washington do in response? Declared war. Hence the War of 1812, which most Americans remember as that time when the British burned down the White House.

Recent polls show that the majority of Americans approve of President Trump’s recent meeting with Russian President Vladimir Putin. Among Republicans, a vast majority support the meeting. Perhaps a good defeat in November will wake these neocon warmongers up. Let’s hope so!

Graham, McCain and Menendez would have been tarred and feathered in colonial times. Presently, they have no business being ‘above ground.’ The federal government of the United States clearly no longer serves the people. It is no longer a democracy. The founding fathers should have afforded supreme power to the states and NOT, the federal government, as our Zionist, Neo-con, government today now clearly demonstrates. Were that the case, and states rights were supreme over federal authority; America would most likely not be militarily involved all over the world, in countless absurd, illegal and immoral ways that the founders would… Read more »

As has been stated, by many contributors, Amazia is a rabid, frothing at the mouth psychopath, certifiably insane, and the sooner they, as a nation, are put out of their misery, the better it will be for the rest of a world, which could live in peace without her, the Amazian mongrel, snapping at our heels.
Do their politicians, priests, witch doctors comprehend English?
Can’t they understand the depths of pity and revulsion their war filled antics have attracted from the civilized world?

” the new sanctions bill “includes my language requiring the State Department to determine whether Russia merits the designation of a State Sponsor of Terror.” ”

People need to wake up….the “designation of a State Sponsor of Terror,” is also currently being used as a reason for war with Iran, N Korea, and was used against Iraq, Libya, Syria. This “designation” is giving the US ANOTHER “reason” to fight a REAL war against Russia! 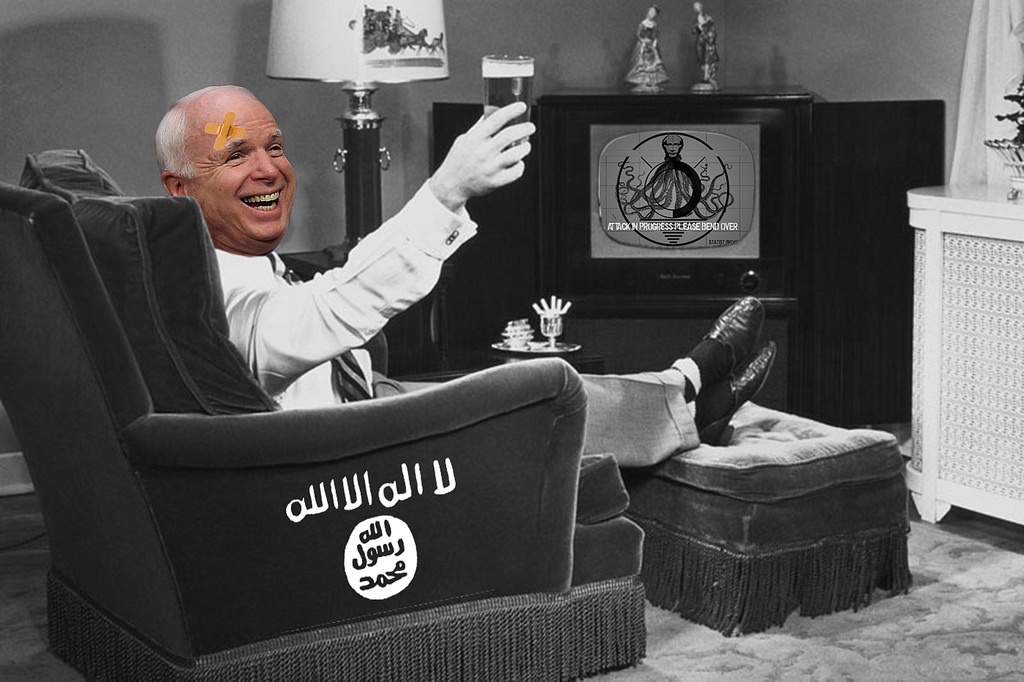 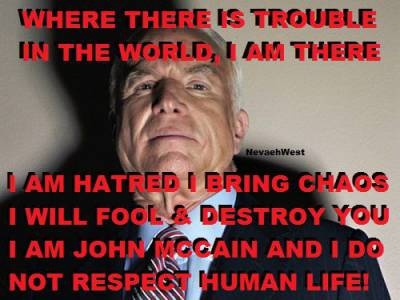 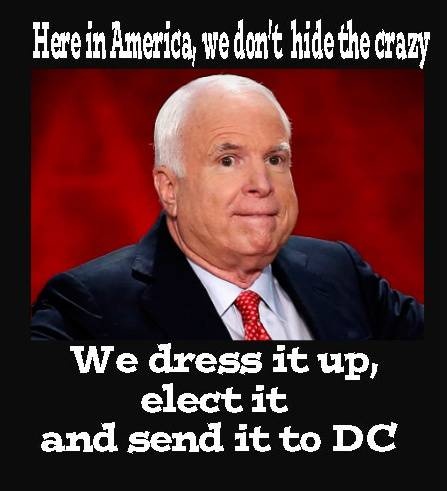 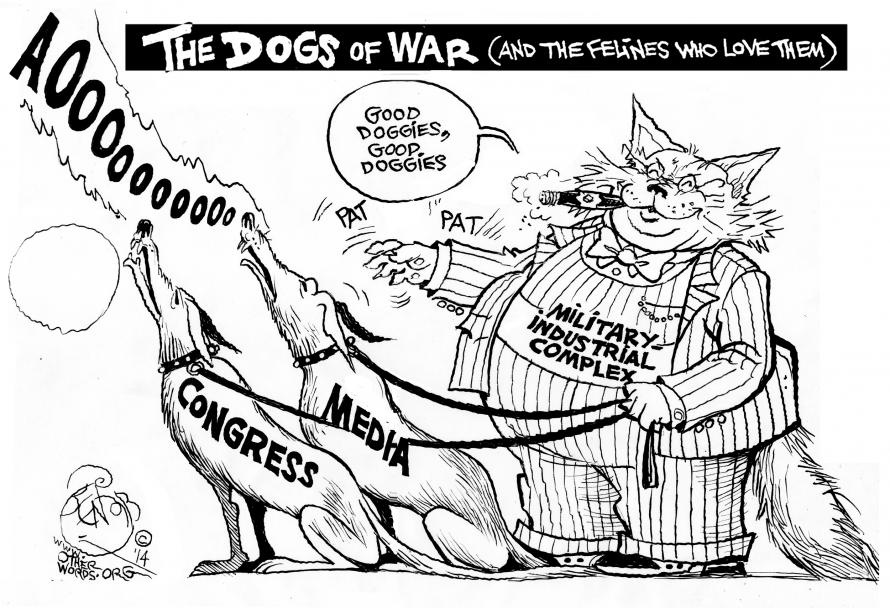 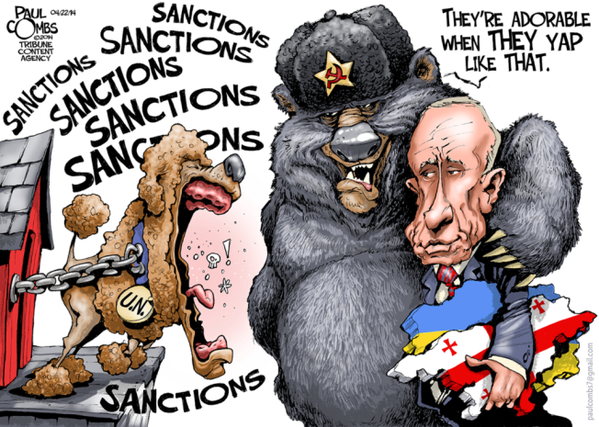 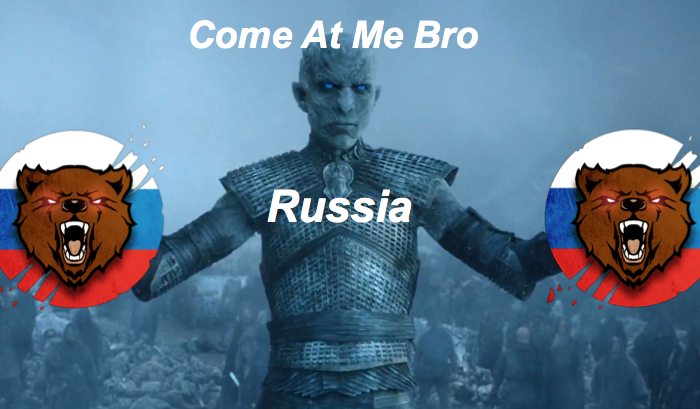 And all the time the coward McCain & the closet queen Graham tilt at the wrong windmill. Russia is not their problem; it’s China. These geriatrics ought to retire.

So… no new news! Everything is the same… The swamp is alive and singing!

I oppose both torture and capital punishment, but I’ll make an exception for McCain, Graham and Menendez.