In a decision that could have profound consequences for the outcome of the election, late on Monday the Supreme Court denied a request from Pennsylvania’s Republican Party to shorten the deadlines for mail-in ballots in the state after Chief Justice John Roberts joined liberal justices Sotomayor, Kagan and Breyer to oppose the four conservative justices Thomas, Alito, Kavanaugh and Gorsuch who said they would have granted the application.

POS roberts is another sooter. 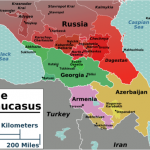