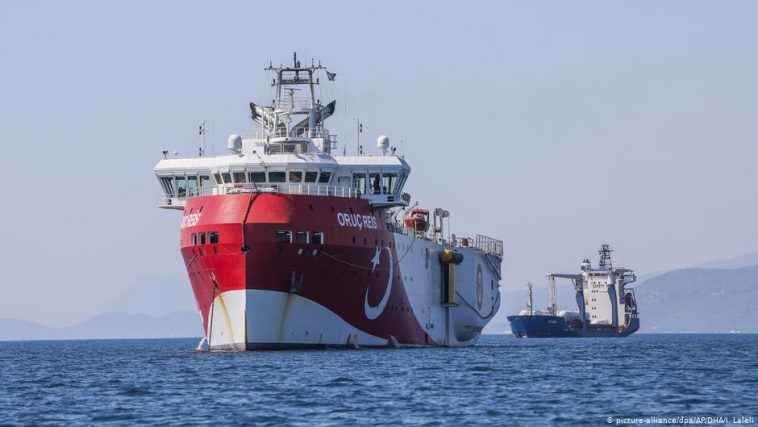 Centuries ago, the Eastern shore of the Mediterranean Sea was the center of the world. Today, we are facing a new dispute which could erupt into a regional war in those historical waters, as Turkey and Greece face off in a dispute over borders, gas fields, national pride and alliances.

Greece and Cyprus have accused Turkey of breaching their sovereignty by drilling in their waters. On August 10, Turkey sent the Oruc Reis research vessel and an escorting flotilla of warships to the waters between Cyprus and the Greek islands of Kastellorizo and Crete, and later a Turkish frigate escorting the ship collided with a Greek naval vessel.

September 12 marks the end of the schedule for the Oruc Reis, which Greece objects to in their waters, and is the source of much of the current tensions. However, Turkish President Erdogan may choose to extend its surveying for energy resources, and if the ship enters the Greek waters off Katellorizo, it will send a clear signal that Erdogan has chosen military conflict over diplomacy.

Egypt, Israel and Cyprus have been able to strike it rich with gas finds, and Erdogan does see why he can’t try his luck as well.

The Turkish military has not had such a global reach since the Ottoman Empire. They are involved in Syria, Iraq, Libya and now preening for conflict close to home.

The treaty of Lausanne in 1923 established the present borders of Turkey, and the territories that were lost to the map carve-up are now the focus of Turkish foreign policy concerning contested areas claimed by Greece and Cyprus as their exclusive economic zones.

“They will understand that Turkey has the political, economic and military strength to tear up immoral maps and documents,” Erdogan said in a speech recently.

Erdogan issued a threat to Greece on Saturday. “They’re either going to understand the language of politics and diplomacy, or in the field with painful experiences,” he said, while adding “As Turkey and the Turkish people, we are ready for every possibility and every consequence.”

In a weak effort at compromise, Erdogan said, “Turkey is ready for any kind of sharing (of energy resources) as long as it is fair.”

Bad blood between Turks and Greeks

Aykan Erdemir, a former member of the Turkish parliament, wrote in 2015 of the commemoration memorializing the massacres and atrocities carried out against ethnic Greeks in 1955 targeting the Polites, short for Konstantinoupolites, who were the Greeks of Istanbul.

On the “Kristallnacht in Constantinople,” 71 churches, 41 schools, eight newspapers, more than 4,000 stores and 2,000 residences were looted or destroyed overnight.  The atrocities committed by the Turks on their Greek neighbors amounted to more than 30 dead, 300 injured and 400 raped.

The Turkish government carefully planned the riots to ethnically cleanse Istanbul of the approximately 100,000 Polites.

Erdogan’s Islamist Justice and Development Party (AKP) has done nothing to demonstrate the value of freedom of religion, nor human rights for minorities.  Turkey is almost 100% Muslim, and the AKP party is following the Muslim Brotherhood platform, which is an outlawed terrorist group in several countries.

The UN convention on the law of the sea, which Turkey has not signed, supports Greece. Ships from France, Italy and the UAE joined Greeks ships last week sailing near Cyprus, in a clear sign of alliances.

Greek Prime Minister Kyriakos Mitsotakis has held silent restraint in response to Erdogan, and said that his country would start talks with Turkey, but only after Turkey had stopped their provocations for the period of at least one month.

Greek Development Minister Adonis Georgiadis said, “I believe that Mr. Erdogan is in a constant delusion. Going out and threatening wars and rivers of blood in France or insulting Macron in this way should be of serious concern to Turkish citizens because it goes beyond the bounds of diplomacy and politics.” He continued, “There is no doubt that Erdogan has in mind the revival of the Ottoman Empire. Anyone who thinks that Greece is afraid is making a big mistake. In these 35 days that we are with the fleet in the Aegean – because it is the biggest mobilization of the fleet in decades – we have made Greece an extremely better war-ready reality than many might have thought.” He also said, “Things are not as simple for Mr. Erdogan as Turkey is not a big superpower as many people think. It is a strong country, it needs respect, it will be our neighbor forever but we are not afraid of it, we do not give it national sovereignty, we do not retreat under the regime of threats, we do not give up what is ours. When they understand this in Turkey, we will have a very good and peaceful future. If they do not understand them in Turkey, unfortunately they will understand them in a bad way.”

Turkey signed a controversial, and unusual maritime agreement with Libya, which Greece disputes, and they are waiting to see if Turkey begins to explore areas within the agreement, which would bring Turkish vessels close to Rhodes, Kassos, Karpathos and Crete. Should that happen, the Greek military may be tasked with a response.

NATO Secretary-General Jens Stoltenberg is facing the prospect of two NATO allies trading blows.  He has asked Greece and Turkey to begin “technical talks” to de-escalate the situation.

Erdogan urged the EU to take a neutral stance in the dispute with Greece in a phone call with EU President Charles Michel, in which Erdogan said would be a test of its sincerity for international law and regional peace.

Michel, stressed the importance of deescalating tension, and urged Ankara to stop activities in the region, citing the upcoming European Council meeting scheduled for September 24-25, in which some member states have called for sanctions against Turkey.  Turkey has for decades sought EU membership, but has been denied for a list of reasons.

France has sent frigates and fighter jets to the region in support of Greece, and has deployed military jets to the Greek-administered side of Cyprus holding a drill with Greece and Italy. France will sell jets and military equipment to Greece in a defense deal.

German Chancellor Angela Merkel has urged an end to military exercises in the Mediterranean in an effort to diffuse tensions.

Merkel is expected to play a crucial role in the dispute, as the US is depending on Germany to keep the peace in region, while Washington remains silent.

In February 2018, the Italian multinational energy group ENI removed its research ship Saipem from the waters of Cyprus after being threatened by Turkey.

ENI Group CEO Claudio De Scalzi has said, “We are worried, as is always the case when we speak of warships. However, we have reached an agreement with Cyprus and we will respect it. The Eastern Mediterranean is a region with huge energy reserves: gas for 8-10 billion cubic meters, not counting Libya. The Eastern Mediterranean is a very important region for the whole of Europe and the whole world. We will contribute to the work to proceed in peace, without wars.”

The situation changed after the agreement between Turkey and the Libyan Muslim Brotherhood government based in Tripoli to steal Greece’s maritime space between themselves.

Lapo Pistelli, head of international relations of the ENI group explained that the Eastern Mediterranean is “one of the most promising regions of the last decade” as it is estimated that it is home to 2% of the world’s gas reserves.

While the competition over fossil fuels should be about how to live without them, Greece and Turkey will have to find a compromise, or go to war.

Two countries with lots of previous,I guess you can’t separate the ancient conflict between Greece and Turkey,I probably have more sympathy for the Greeks who lost so much over time,e.g., the fall of Constantinople and it’s subsequent aftermath of disasters,and my bias is because I love Greek history,the Iliad etc..War between to NATO countries isn’t in anybody’s interests,but the ileagle annexing of waters with potential energy such as oil and gas would certainly be a casus belli.. 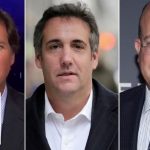 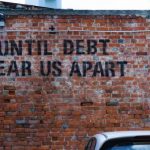