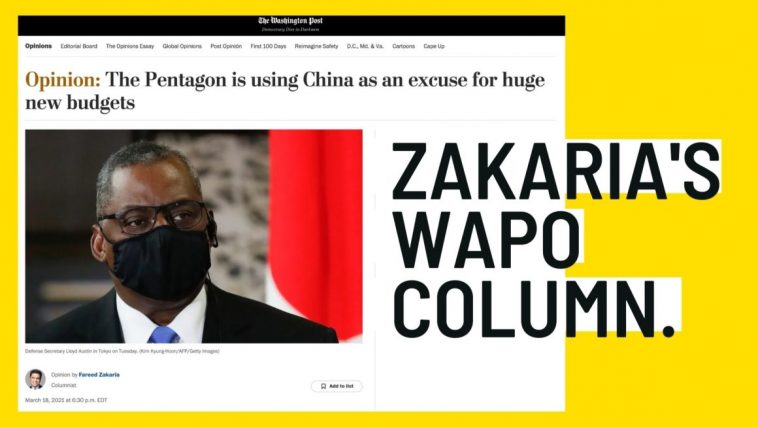 The Chinese Communist Party’s Cyberspace Administration of China has boasted of one of the most critical connections between the 2020 U.S. Presidential election, the COVID-19 pandemic, and the groups and individuals campaigning to stop President Trump and his “America First” agenda, The National Pulse can exclusively reveal.

New, bombshell admissions over China’s influence in both the United States and Europe link organizations such as the Berggruen Institute with the Chinese Communist Party (CCP). The Berggruen Institute first rose to national attention after co-founding the “Transition Integrity Project” which advised on how Joe Biden could seize power on the back of an ostensible Trump victory.

A 2017 report effectively claims – on the CCP’s behalf – that CNN host Fareed Zakaria, Twitter CEO Jack Dorsey, Facebook Oversight Board member Helle Thorning-Schmidt, NeverTrump philanthropist Pierre Omidyar and many others “co-operate” with the CCP and its goals.

An unearthed media communique entitled “Holding High the Banner of Party Media and Fulfilling Its Duties and Missions” appears on the Cyberspace Administration of China (CAC) website.

The government entity reportedly engages in “online propaganda and public opinion work” and upholds a “Socialist core value view,” while spearheading censorship of media and the internet in China. In other words, they pump out pro-CCP lines abroad, while cracking down on dissent within.

The release brags of the work of the Chinese Communist Party’s Western-focused propaganda efforts via the state-owned China Daily newspaper and website. China Daily has purchased placement inside the New York Times, Wall Street Journal, and Washington Post – the latter of which also carries a Fareed Zakaria opinion column, weekly.

At the time of publication, Zakaria’s latest column is entitled: “The Pentagon is using China as an excuse for huge new budgets,” wherein the CNN host lauds China’s “ambitious” Belt and Road Initiative and insists the U.S. need not worry about China’s rise as a military power. “As a party media website,” the CAC document confirms, “China Daily uses international communication to implement the spirit of the important April 19th speech [by Xi Jinping], conscientiously fulfilling its duties and missions, and effectively internalizing the spirit of the speech into the entire network’s strategy and guidelines for all journalists.”

The April 19th speech of 2016 discussed the “spiritual garden” of cyberspace, with Xi insisting that China “strengthen governance in cyberspace according to the[ir] law, strengthen the construction of online content, strengthen positive online propaganda, foster a positive, healthy, upward and benevolent online culture, [and] use the Socialist core value view.”

With this in mind, the CAC proclaims of promoting over 10,000 propaganda pieces to foreign audiences and, critically, brags of their work with Western think-tanks in achieving this goal:

“Through cooperation with think-tanks such as the Berggruen Institute in the United States, the Canadian Center for International Governance Innovation, and the Australian Lowy Institute for International Policy, we have attracted nearly 200 overseas think-tankers as special commentators on China Daily. In one year, it published more than 300 of their signed articles, enabling these “influential people” to influence more overseas audiences and tell China’s stories well.”

The names associated with some of these think tanks – especially the Berggruen Institute – should cause alarm to national security-minded individuals and indeed Western governments. The CCP’s claims appear to be more than just bragging, as evidence unearthed by The National Pulse shows members of the aforementioned entities indeed contributing Chinese government-sanctioned propaganda articles to China Daily.

In 2008, a fellow at the Center for International Governance Innovation lambasted Western “hubris” for the CCP’s propaganda outfit.

In 2016, the Lowy Institute’s program director Tristram Sainsbury – also a fellow at Renmin University – told the state-media Xinhua agency: “I expect China will be driving an agenda that is closer to the longer term economic challenges that the G20 has been facing for a long time.”

Tom Bernes, distinguished fellow and former executive director of the Center for International Governance Innovation told China Daily in 2016: “China, over the last couple of years, has begun to take an important role in global economic governance.”

In 2020, Thomas Bernes, of the Centre for International Governance Innovation, slammed President Trump’s insistence on holding China to account for the COVID-19 pandemic, much to the approval of China Daily.

Regular readers of The National Pulse may be familiar with the Berggruen Institute for other reasons.

In mid-2020, The National Pulse exclusively reported on the involvement of the Berggruen Institute in an explicitly anti-Trump exercise known as the Transition Integrity Project (TIP).

A collaborative effort between former Soros counsel Rosa Brooks and Berggruen executive Nils Gilman, TIP littered the U.S. media with commentary about how Joe Biden should refuse to concede in the event of an apparent election night victory for President Donald Trump – which is precisely what happened.

Brooks – who repeatedly refused to be interviewed by The National Pulse before pulling the TIP website down and ceasing operations before election day – had previously offered election assistance to Clinton campaign chief John Podesta, and specifically name-dropped now-Biden National Security Advisor Jake Sullivan in her e-mail.

Sullivan is listed as a fellow of Australia’s Lowy Institute for International Policy – named by the CCP as a “co-operator.”

Amidst scrutiny of TIP’s work in attempting to prematurely cover for Biden’s mail-in ballot-boosted “victory,” Gilman lashed out at critics including writer and analyst Michael Anton.

“Michael Anton is the Robert Brasillach of our times and deserves the same fate,” Gilman opined in a tweet dated September 21st, 2020. Continue reading at the The National Pulse..

Brasillach was a French author and journalist who was executed in 1944 by firing squad for using his various platforms to advance Nazi collaborationism and anti-Semitism during World War II. The execution, rather than lifetime imprisonment, was highly controversial as he was charged with intellectual crimes as opposed to military or political actions.

In effect, you had a leading, CCP-linked think-tanker working to solidify a Biden victory while threatening the life of a public intellectual. And the tweet – despite clearly breaching Twitter’s Terms of Service – remains up. Twitter CEO Dorsey served on Berggreun’s CCP-linked 21st Century Council, alongside Gilman.

The Berggruen Institute also lists Antonia Hernandez of the Commission on Presidential Debates as a member.

On the run-up to the 2020 election, the Commission on Presidential Debates misled the public over a tweet from C-SPAN political editor Steve Scully.

Scully was caught attempting to collude with famed anti-Trump activist Anthony Scaramucci, and falsely claimed he had been hacked and that a tweet sent from his account was not, in fact, sent by him. It was a lie, as Scully would admit to in the weeks to come. But not before the Commission on Presidential Debates had attempted to cover for him. Articles still available today retain the false “hacking” claim.

The news over China’s asserted involvement in the English language press, web-based propaganda, and influence in critical think-tanks will should justify further and urgent investigation. The facts of the case as they present themselves appear to confirm a China-backed strategy to remove President Trump from office, just as his work on seeing down the threat from China began to take its toll.

Pierre Omidyar: Billionaire Omidyar founded the eBay website and gives hundreds of millions of dollars to far-left causes. In 2009, he donated $30 million to the Clinton Global Initiative, and has targeted massive resources at removing Trump from office.

Jack Dorsey: Twitter founder and CEO Dorsey recently claimed it was a “total mistake” to hide the damaging Hunter Biden stories from Twitter prior to the election. Forty-five percent of voters in key, swing states recently told a Media Research Center poll that they weren’t aware of the Hunter Biden story, and that almost 10 percent would have changed their vote if they had known. Jake Sullivan: Now at the very heart of Joe Biden’s national security apparatus, Sullivan has taken fellowships at a number of Chinese Communist-linked entities including Yale’s Paul Tsai China Center and Harvard’s Belfer Center. Sullivan infamously once said he wanted to “encourage China’s rise,” and asserted that Al-Qaeda was “on our side.”

The unearthed relationships follow National Pulse reporting highlighting the Berggruen Institute’s ties to the Chinese Communist Party through its partnership with several state-run entities and board members with ties to the regime.

The think tank’s efforts to at least rhetorically rig a victory for Joe Biden in advance of the election, as well as its staffing and funding by Obama administration alumni, surely warrant an investigation into whether money changed hands during all of this, and whether or not the Chinese Communist Party effectively funded the efforts to remove President Trump from office.

If such people can freely propagandize for the CCP in Western media, why should we suspect they would stop short of election tampering?

Fareed Zakaria is a director of the Council on Foreign Relations (CFR) which is the coordinator of both American policy and propaganda. He is also a member of the World Economic Forum (WEF), former editor of the CFR journal “Foreign Affairs”, former editor of Newsweek and Time magazine, former member of the Trilateral Commission, etc. Other CFR members mentioned include Nicholas Berggruen, Eric Schmidt, Larry Summers, George Soros, and Antonia Hernandez. Nearly every key player on the “Biden team” is a CFR member, including the secretaries of State (Blinken), Treasury (Yellen), Defense (Austin), Commerce (Raimondo), Agriculture (Vilsack), Homeland Security (Mayorkas)… Read more » 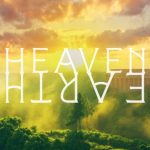 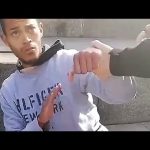