For any serious student of history certain recent events in America should seem very alarming. I am referring to two social phenomena in particular: the teaching of critical race theory (CRT) in schools and the vaccine passport.

Indoctrinating young people from elementary school through college with a subjective and politically motivated agenda that places blame on one set of people for the ills of society is highly reminiscent of the approach taken in schools during the communist era in the Soviet Union and Eastern Bloc countries. Then, children of the bourgeoisie were made to feel utter shame for the perceived crimes of their parents and grandparents in subjugating and repressing members of the agrarian and working classes.

As a result of CRT, White students are being stigmatized and then ostracized due to this pernicious practice. The psychological trauma of this nefarious indoctrination may last a lifetime as children and teens are branded as “other” and a potential threat to society and even friends.

With the vaccine passport we have the playing out of a similar phenomenon also from the 20th century – the star of David armband and badge. According to the Encyclopedia Judaica “The principal objective in introducing distinctive signs for the Jews was to erect a barrier between them and non-Jews and to restrict their movements.” Does this not sound eerily familiar to what is happening now? Without the proper identifiers (passports) people will be marked as subject to trave; restrictions and not allowed entry into public events like concerts.

Other restrictions are sure to follow turning non-vaccinated people into a subclass of less than human Americans – the new deplorables, but worse! Where will all this end? No one really knows. Perhaps in the near future, the non-vaccinated will be made to wear special devices with a distinctive beeping sound to alert approaching citizens the way lepers were made to ring tiny bells to warn them of their presence.

Here is the roadmap that governments around the world have used to create the Cult of COVID:

Political leaders have used the COVID-19 pandemic to reinforce and strengthen their powers and ensure that their subjects will be willing to submit willingly to measures that would not ordinarily be under consideration, for example, an untested, highly experimental vaccine and the extraordinary use of police powers.

“The citizen who is truly loyal to the Chief Magistrate will neither advise nor sumbit to arbitrary measures.” – Junius

Anyone interested in this tried and tested mechanism for controlling the reactions of populations and achieving political ends may be interested in the following book (available on Kindle). Life and Death in Shanghai by Nien Cheng – a riveting first-hand account of the circumstances of Mao’s Cultural Revolution and how propaganda similar to that being used today in the west was used to disenfranchise and persecute enemies of the Chinese state. The parallels are breathtaking. This book should be compulsory reading for the young in the UK and USA for it reveals the cynical techniques used by Mao and his… Read more » 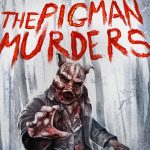 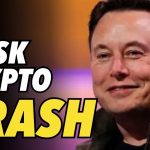