Putin criticized the growing influence of U.S. social media, saying their impact now puts them in competition with elected governments.

Russian president said the world risks sliding into an ‘all against all’ conflict amid tensions caused by the pandemic and growing economic inequality.

Very good Alex. Nobody plays with Putin, the only bastion of free speech left. Thanx!!

Clarification of nomenclature for “The Saker” (recommended reading for all Eurasian diaspora.)

I never thought I would ever see a Russian President speak out on free speech and the right of man to be free. I’ve got great admiration for Putin for coming out with it, saying it as it is. He’s very brave to call out big tech and the neoliberal nonsense it tries to pass off as the way we should all be/live. I hope he starts calling out lots of other nonsense too.

I must admit that Putin and Trump seem to me to be two essential kindred spirits in these days of the epic war between the children of light vs the children of darkness. It will be interesting to see what happens in the months ahead.

Perhaps I am wrong but I recall that Putin converted to the Orthodox faith … I believe Trump will soon convert to the Roman Catholic faith … God knows we need a purification of both churches.

These far lefty billionaires have set themselves up as the “new religion”, but there’s always the chance that the public will discard them in time, just like they’ve destroyed the Christian faith.

A former communist state lecturing the paid off Democrats as being for far left than the former Soviet Union spells it all out succinctly. 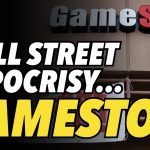 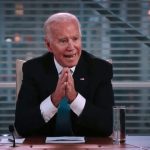