While politicians of a certain type exploit especially tragedies to hijack public policy – never let a good crisis go to waste, in the words of Rahm Emanuel – often they make laws or other policies without thinking things through. This can apply to the private sector as much as to government.

Four years ago, two men were sitting at a table in a Philadelphia Starbucks when one asked to use the toilet. They were said later to be waiting for someone to conduct some sort of business meeting. Not unreasonably the manageress refused as they hadn’t bought coffee or anything. Then she asked them to leave. When they refused, she dialled 911 and reported them as trespassers. Technically she was within her rights, but wasn’t this using a sledgehammer to crack a nut?

The police came, and when the men still refused to leave, they were arrested. The men were black, so you can guess what happened next.  After the balloon went up, the company’s ultra-liberal billionaire owner Howard Schultz went full retard announcing the following month that:  “We don’t want to become a public bathroom, but we’re going to make the right decision a hundred percent of the time and give people the key”.

In retrospect, is limiting the use of toilets to paying customers such a bad policy? The Indian Government has just realised it has made an even worse mistake than Howard Schultz.

In December 2012, a truly shocking gang-rape made world headlines when an unsuspecting young woman and her male companion were kidnapped. He was brutalised, she was literally raped to death. The juvenile among the pack received a shockingly lenient sentence, one committed suicide in prison, and the other four were hanged in March 2020. The India’s Daughter outrage led to pressure on the Indian Government to increase the penalties for rape, and in 2018, an executive order increased the penalty for the rape of a child (under 12) to death.

No one has been executed in India for any offence since March 2020, but, surprise, surprise, it has just been reported that there has been a rise in rape-murders. Rape is of course a serious crime that warrants severe punishment, but if a man believes he may be hanged at some point in the future after committing one, what has he to lose?

In England under what became known as the Bloody Code, all manner of offences were capital including theft of goods worth more than a shilling. This led to some juries acquitting obviously guilty defendants or deprecating the value of the goods stolen, but nothing like that will happen with rape cases in India should the death penalty be extended to the rapes of adult women.

Yes, you have to pay attention to how you deal with situations. For example, I don’t smoke (straight tobacco or weed) or drink. But smokers and drinkers can have a big impact on my life. How does pot compare with alcohol in terms of effect on society.

The article begs the question, concerning surprise at results of legislation against child-rape: “Are the increased rape-murders disproportionately increasing in cases of child-rape?” 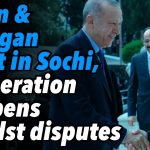 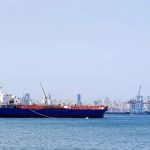