On the 24 March 2017 Daniel Andrews (Premier of Victoria) signed a secret MOU between the NDRC (Peoples Republic of China) and the State Government of Victoria. This MOU was signed in Sydney NSW and not in the State of Victoria.

The Australian media (Sun Herald) reported on 21 September 2021 this MOU (which was recently released 20 September 2021) was the result of a parliamentary decision. However the reason for why Ms Jaclyn Symes MP (Attorney General) on 17/06/2021 revised her initial decision made on 08/06/201 not to release the MOU to the public does not support the claim of parliamentary pressure. Ms Symes simply states:

Having now considered further advice in relation to these documents, I consider that it is now appropriate for the memorandum of understanding to be released to the Council.

I suggest to you her decision to release the secret MOU documents was based on a FOI request made by a private citizen and was unrelated to any pressure from the legislative assembly, which has proven by passed actions to be controlled by the Andrews government.

The FOI request which was originally made on 31 July 2020 and modified 8 October 2020 sought the following:

1. Memorandum of Understanding on Cooperation in the Development and Implementation of Public-Private Partnerships in Infrastructure fields. This MOU was signed between the Victorian Government and National Development and Reform Commission of the People’s Republic of China.

On 11 May 2021 the Victorian Department of Premier and Cabinet (DPC) decision rejected the FOI.

On 16 Mary 2021 a review of this decision was submitted to the Office of Victorian Information Commissioner OVIC) on the following basis:

For the purpose of protecting the Commonwealth of Australia by wishing to understand the actions of the Premier of Victoria who by signing the secret MOU with a mercurial foreign power may have contravened the National Security Legislation Amendment (Espionage and Foreign Interference) Act 2018, No.67, 2018.

The Act under section 92.2 states: Interference generally (1) A person commits an offence if:
(a) the person engages in conduct; and
(b) any of the following circumstances exists:

19 August 2021 OVIC upheld the this review and ordered the release of the MOU document in full.

3 September 2021 email request sent to DPC requesting the release of the MOU under OVIC’s orders. The DPC replied stating:

As OVIC’s decision involved the disclosure of certain personal affairs information, this decision does not come into effect until 60 days from the date of the decision (s.49P(4)(a) FOI Act).

5 September 2021 the following response was sent the DPC:

I believe, the decision by Sven Bluemmel (Information Commissioner) does not support your understanding the Office of Premier and Cabinet has 60 days from the date of the decision to provide the document.

I have therefore decided to grant access to the document in full.

I request therefore you release the document immediately and without further delay.

20 September 2021 The MOU is tabled in the Victorian Parliament.

I get paid more than $90 to $100 per hour for working online. I heard about this job 3 months ago and after joining this I have earned easily $10k from this without having online working skills . Simply give it a shot on
the accompanying site…. http://Www.cashoffer9.com

We “ALL” know the Cunts a psychopathic traitor, hang the “CUNT”

I live here in Melbourne, and the Victorian Labour Govt. has gone rogue.
we are living as an “occupied” State,
terrified to leave our house for food, in case we are shot by police for being on the street.
We are force fed State Propaganda on the screen continually.
Many contemplate suicide, some fight back.
Most sit frozen. 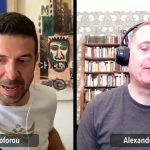