The June 2022 issue of the peer-reviewed academic journal, Structural Change and Economic Dynamics, contained an article that answers this question with empirical data which has definitively crushed all of the U.S. Government’s references to itself as being a “democracy.” It is therefore significant not only because it proves that the U.S. Government is a dictatorship, but also because it proves that the U.S. position in “the New Cold War is fraudulent. The article is therefore of significance not just to Americans, but globally.

The article, which was specifically about and addressed to America, closed by saying: “We think it is time that social scientists stop pushing the equivalent of the Ptolemaic solar system. They need to recognize what almost everyone else does: that we live in a money-driven political system. No one is going to make progress by adding epicycles to voting models.” In other words: political ‘scientists’ and ‘historians’ who continue to perpetuate the U.S. regime’s claim to being a democracy (one-person-one-vote instead of one-dollar-one-vote) are now archaic: they are equivalent to the physical philosophers who had preceded the first physical scientist or “physicist” Galileo’s empirical demonstrations and the resulting first scientific theory (and subsequently Darwin doing the same thing in the biological sciences), that the Bible is not a book of history but instead a book of mythology mixing lies with truths in order to perpetuate and expand a particular clergy. But, now, the issue isn’t about control of the State by the clergy, but instead it’s about control of the State by the aristocracy — the nation’s super-rich. That’s what’s at issue in today’s America. Science is finally now extending outward, from its existing base, first in physics, and then in biology, to demonstrate such powerful empirical political realities as this in society — encroaching now upon the U.S. regime’s fraudulent dogma that the U.S. Government is a “democracy” instead of a “dictatorship” (a dictatorship such as it invades abroad and tries to overthrow and replace, by a ‘democracy’, some foreign nation’s Government — to add a new vassal-nation to the American empire’s ‘allies’ or actual colonies). This Emperor has no clothes, is what this academic article displays. But this particular “Emperor” represents not the clergy (such as in the time of Galileo and of Darwin), but instead the aristocracy — the super-rich (the imperialists, in the “New Cold War”).

The article’s title is: “How money drives US congressional elections: Linear models of money and outcomes”. Its “Abstract” or summary says that “the relations between money and votes cast for major parties in elections for the U.S. Senate and House of Representatives from 1980 to 2018 are well approximated by straight lines.” In other words: Billionaires and other super-rich individuals can and do purchase electoral outcomes with their enormous political donations in America. It’s a “straight-line” relationship between money and winning: the candidate who is backed by the most money has the biggest (a huge) likelihood of winning; the candidate who is backed by the least money has the least (a minuscule) likelihood, and most of that money to the winning candidates comes from the few super-rich. The way to be politically successful in today’s America is, now clearly, to be more corrupt than your competitor — to be offering the Government for sale to the highest bidders (and to deliver on the promises that the politician makes to these individuals, so as to be able to remain in public office and continue to serve those masters). (And, then, after public office, come the biggest private benefits, to those former office-holders.) America is an aristocracy, not a democracy; it is one-dollar-one-vote, not one-person-one-vote. That’s what the article demonstrates.

Even more crushing is the same three authors’ (Thomas Ferguson, Paul Jorgenson, and Jie Chen) further analysis from these same data, their article “Big Money — Not Political Tribalism — Drives US Elections”, which exposes the fraudulence of the two American political Parties’ supposed ‘ethnic’ or ‘racial’ appeals, as being instead actually the aristocracy’s distractive political theater pumping those divides, as being, in reality, instead — at the structurally deeper level — between Republican versus Democratic Party billionaires, with Republican billionaires financing White-power appeals, and Democratic billionaires financing Black and other minority (and feminist) power appeals, all so that the nation’s population-at-large won’t be fighting instead against the aristocracy itself, which is the sole real beneficiary of this system of exploitation of the masses (exploitation of workers and consumers). Thus, the aristocracy’s victims — the public, the consumers and workers, the people who are NOT in the aristocracy — look elsewhere than at the aristocracy, to see their enemy. This latter paper isn’t behind a paywall, and it shows the same straight-line graphs relating money to power that the first-mentioned one here (which IS paywalled) did. So, one can readily see visually, here, how profoundly corrupt America’s Government actually is. (Those graphs are stunning, because the data are.)

I have previously posted articles summarizing, and linking to, a vast range of other empirical evidences, of many different types, all likewise pointing very strongly toward America’s being an aristocracy instead of a democracy, and these are some of them:

“Jimmy Carter Is Correct That the U.S. Is No Longer a Democracy”

“How the U.S. Government is controlled by its armaments firms”

“How the Billionaires Control American Elections”

“The Evilness of America’s Ruling Class”

All of those data should be compared to the opposite view, the U.S.-regime-imposed view, which is expressed by America’s political ‘scientists’ and ‘historians’, who continue to perpetuate the U.S. regime’s claim to being a democracy (one-person-one-vote, instead of one-dollar-one-vote — which is America’s reality). Not only politicians, but also scholars, are beneficiaries of billionaires’ donations — the donations funding professorial chairs, college endowments, and ‘non’-profit foundations and ‘charities’. Such private interests thus control the public interests, to produce a deeply corrupt (privatized) body-politic.

On which side of this debate, about the aristocracy and the public, do you stand, and why? And what do you think should be done about it? Do you favor the aristocrats, or the public? This is not a political question, but a meta-political one. It transcends existing political Parties, and all existing political prejudices. It requires authentically scientific thinking about public policies. Above all, such questions concern the existing one-dollar-one-vote (aristocracy), versus the possibility of one-person-one-vote (democracy) emerging (or re-emerging). But can dictatorship ever transform into democracy? If so, how? Of course, history provides answers, and it shows that, at least for a while, the American Revolution did transform an aristocracy here into a democracy (albeit, a limited one): it conquered Britain’s aristocracy on its land. Unfortunately (or fortunately, if one prefers aristocracy to democracy), an American aristocracy has recently risen here. America now has its own aristocracy. In science, only history provides answers. There have also, in some other countries, been revolutions overthrowing the local nation’s own aristocracy. All evidences in science are historical facts — nothing else than that. And the articles which are linked-to here are scientific: they are analyses which are based only on the relevant historical facts, displaying what history (not myth) shows. One thing that all of human history shows is that every aristocracy is based on myths. America’s aristocracy is no different. Social science is now puncturing that myth — exposing that fraud. This is significant globally, not merely locally.

That’s for sure! And the Dictators get more audacious and tyrannical by the day.

Thank you, Eric. I had the feeling that you were working on a ‘biggie’ as you have been unusually quiet. This essay is impressive and I hope it spreads far and wide. Please forgive my questioning of my own ability to comprehend English, but, does this (“Galileo’s empirical demonstrations and the resulting first scientific theory (and subsequently Darwin doing the same thing in the biological sciences), that the Bible is not a book of history but instead a book of mythology mixing lies with truths in order to perpetuate and expand a particular clergy.”) say that Galileo expounded the very… Read more »

Thanks, Charles, and the answer is yes. As Wikipedia summarily puts it, “the Roman Inquisition tried Galileo in 1633, found him “vehemently suspect of heresy”, and sentenced him to house arrest where he remained until his death in 1642.” That was for Galileo’s advocating that the Earth rotates around the sun instead of the Earth’s being at the center of the universe. He didn’t originate the idea, but he proved it better than anyone ever had, and this was part of his deeper theory which Newton’s theory expanded. All “heliocentric” theories (that our planet rotates around the sun) violated the… Read more »

I hope that your inclusion of this Biblical reference doesn’t cause readers to refrain from publicizing the important, well crafted political information contained in the essay because they object to your view of the Bible.

re: “Darwin violated humans’ descent from Adam and Eve;” I don’t see that. The final essence of Darwinian thought can be summed up this way: among species competing for survival, those better able to adapt to an ever changing environment have the better chance for survival. The evidence for this is all around us. I don’t see what that has to do with Adam and Eve.

Darwin admitted that his “theory” would either rise or fall on the fossil record… of which precious little actually “proves” that it is so. Adam and Eve have not a damn thing to do with it as well.

The statements by both Helga Fellay and you, denying that Darwin’s theory contradicted the Adam-and-Eve story, are false, because the Adam-and-Eve story asserts that humans started suddenly from Adam and Eve instead of evolved from prior species as Darwin had discovered. He knew that he was surrounded by Bible-believers, and so he avoided saying this publicly, but only shortly before his death he did write privately, to a Christian who had written a letter asking him “Do you believe in the New Testament”: “I do not believe in the Bible as a divine revelation & therefore not in Jesus Christ… Read more »

Everyone can save themselves the many words about American “democracy” and simply watch the late George Carlins comedy special about the “American Dream”. That in a nutshell is the Readers Digest version of any discussion about democracy this or democracy that. People have been lied to for generations that democracy was some sort of God who when worshipped, kow-towed to, or invoked, would magically confer the blessings of peace wealth and happiness! How incredibly absurd. Imagine having a nation of historically illiterate dolts making life changing decisions about how the nation is supposed to function and you have what you… Read more » 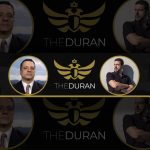 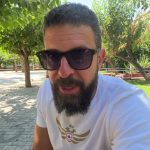