The Duran’s Alex Christoforou and Editor-in-Chief Alexander Mercouris discuss the results of the 2020 elections in Poland, where President Andrzej Duda was re-elected in the tightest election in modern Polish history, besting Warsaw Mayor Rafal Trzaskowski. 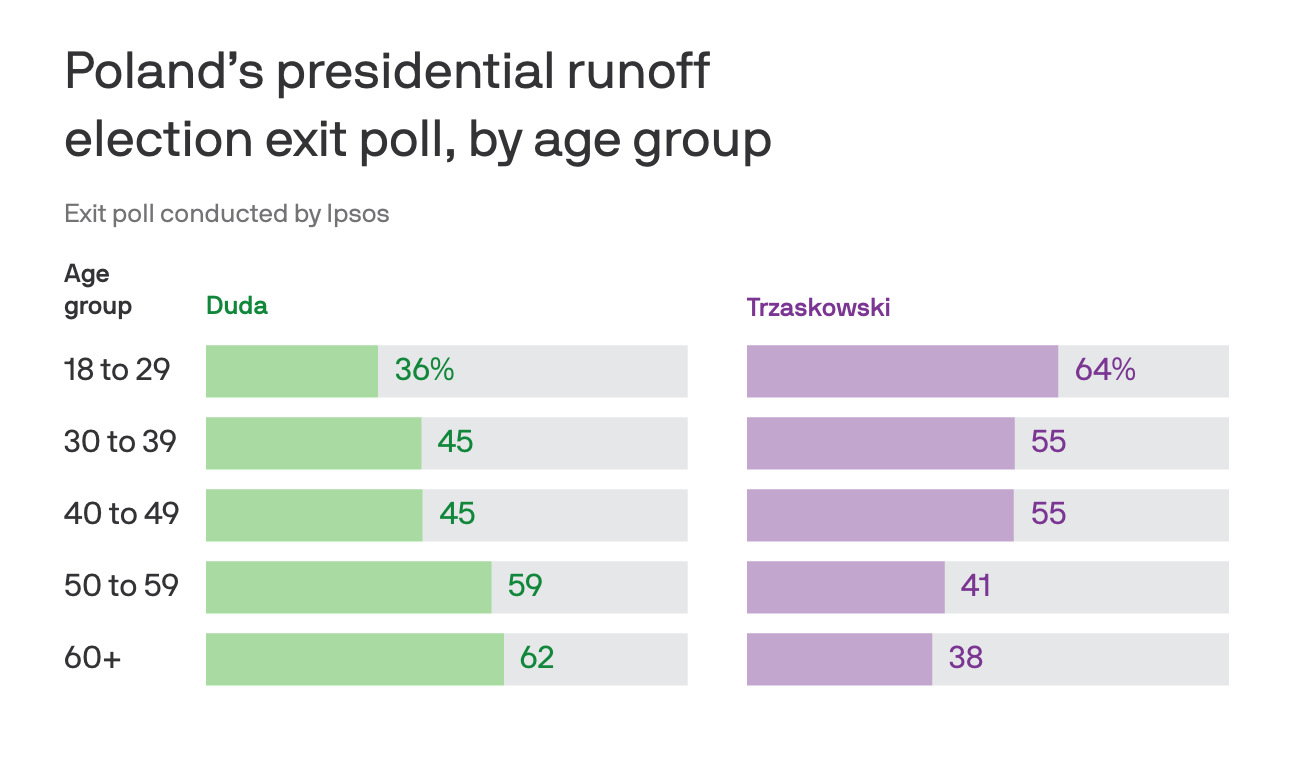 President Andrzej Duda was re-elected Sunday in the tightest election in modern Polish history, with 51% of the vote to 49% for Warsaw Mayor Rafal Trzaskowski.

Why it matters: The populist ruling party, Law and Justice, is now expected to press ahead with steps that critics say are eroding the independence of the courts and media, and have brought Poland into conflict with the EU.

The election was fought on culture wars. Duda claimed Trza­skowski would allow homosexual “ideology” to take hold in Poland, while the government-aligned state broadcaster warned that Trzaskowski could allow Jew­ish peo­ple to reclaim assets taken during the Holocaust.

I hope Poland together with Hungary , may be Italy and yes Russia will form a counter weight to the eu.
Not only economicaly, but in cultural way as well.
I am afraid that here in Holland people will vote next year, , thanks to C-19, for the same government, i.e. right on paper, left in actions A status quo for the last decade.

The age breakdown of Duda’s support is worrying for the future.

many people become more conservative with age. Let some of these liberal minds start to have some kids and take on real responsibility for once, and see how their minds will start to change. Population is also aging.

WHO, What and When
Reply to  Clarity

I think she’s stuffing LSD into pierogi this time around.

WHO, What and When

It’s truly a shame. I was looking forward to his political rival visiting Bandera and other Nazi collaborating ethnic cleanser monuments throughout Ukraine to pay homage.