The October 28 attack on the husband of the (now fired!) Speaker of the House Nancy Pelosi has been the subject of much speculation, some of it intelligent, some not so.  When Paul Pelosi was arrested earlier this year after crashing his car while driving under the influence, he was said not to have been wearing his wedding ring. This is an even bigger mystery than why a multimillonaire of his age would be driving himself instead of employing a chauffeur. The suggestion was that he was playing away, perhaps not with another woman.

Some people have extrapolated from that to the bizarre circumstances of the arrest of his assailant David DePape, who is said to be anything from a male prostitute to Pelosi’s drug dealer. This speculation has been fueled by contradictory reports of the circumstances of DePape’s arrest, the behaviour of Pelosi himself, and the reaction of the  police. This has been further compounded by the treatment of NBC reporter Miguel Almaguer and the retraction of his report on the case which is said not to have met their reporting standards. Some people will be surprised to hear that NBC has standards, which makes this all the more confusing. So what really happened?

There isn’t necessarily any mystery about this. Starting with Pelosi’s behaviour, it is well to remember this was an 82 year old man who was asleep in his own bed in the small hours when a stranger breaks in and tells him he is looking for his wife. A much younger man roused from his sleep might be confused at this point. If Pelosi’s behaviour was odd, ask yourself what you would have done in his place. The confusion over who opened the front door is also easily explained, police officers too can be confused when responding to a call of this nature, especially when an old man is attacked.

DePape has now been charged with a number of offences, the most serious of which is attempted murder. He has pleaded not guilty so it remains to see if he too will attempt to spin this story into something surreal. Regardless of this, the other parties whose behaviour should be condemned are leading Democrats who sought in the first instance to blame this attack on “MAGA Republicans”.  As one Democrat put it: “Donald Trump is 100% responsible for this and Jan.6. He must be indicted and never be allowed to hold office”.

We know now and indeed knew shortly after DePape’s arrest that he was as unlikely a Trump supporter as anyone could be. He is an illegal immigrant from Canada, a nudist, and a supporter of Black Lives Matter.

This is now common knowledge, but as ever the Democrats will not allow awkward things like facts to stand in the way of a damaging narrative.

…..and the Journalist played the lyre as Rome burned down!

If an intruder saw the police arrive, he’d try to escape the house, not bash an old man with hammer. 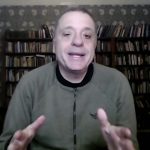 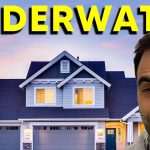