‘One Jeremy Corbyn’ There is now!

Once portrayed as the great hope for Britains left as leader of the Labour party,  they sang his praises from the high street to the Glastonbury music festival.

With one voice in concert, they sang together ‘One Jeremy Corbyn’. Now thanks to Keir Starmer, the Board of Deputies of British Jews and the Equality and Human Rights Commission, there is only one Jeremy Corbyn, while reinstated as a member of the Labour party he is not a Parliamentary Labour Party member.

Alone, cast adrift, the Parliamentary whip is still denied him. Are we witnessing the political epitaph of Jeremy Corbyn? A life long Labour activists, socialist, in the shadow of Tony Benn, a man of the people and once a contender for leader of the nation, now paddling his own canoe?

Is it seconds out for Jeremy?. Will he throw in the towel? Has Starmer counted him out?

The trojan horse of false antisemitism smears, levelled against Jeremy and the labour party was the Achilles heel he did not defend and as such he has paid the ultimate price?

Having failed to defend Christopher Williamson former Labour MP for Derby North and then Ken Livingston former Mayor of London from antisemitic smears, Corbyn was then hung out to dry as a leader who failed to stamp out antisemitism in the Labour party.

This attack was fuelled by the British Board of Deputies, the mainstream British media, especially the BBC and from centrist and Blairite devotees in his own party who wanted to purge the British Labour Party not only of antisemitism but of the socialism which Jeremy Corbyn embodied, a just world for the many, not just a few.

Corbyn’s first blunder as leader of the Labour party was to renege on the peoples’ vote to leave the European Union by offering a second referendum, thereby disenfranchising huge swathes of traditional Labour voters in the North of England who demanded to leave a political entity which had left them abandoned, many jobless, and living in desolate, soul-destroying, failing towns from Leeds to Bradford and Birmingham to Manchester.

Once he lost the general election to Boris Johnson, who knew he could gain votes in the North for the Tory party by remaining steadfast on leaving the EU, Corbyn then resigned as party leader allowing Starmer, a Blairite acolyte, to gain control.

Thus in an almost Shakespearean setting, the die was cast and the purge of socialists and socialism from the Labout party is now in full swing.

Many socialists are anti-Zionist by their politics. The IHRA, International Holocaust Remembrance Alliance definition of antisemitism, has helped to transform being anti-Zionist, which is a legitimate political choice, to equate this with being antisemitic, which is a repugnant form of racism condemned by all socialists.

Jeremy may well have been accepted back into the Labour party but not to the Parliamentary Labour Party.
He is in effect at this moment, an independent.

Should Starmer choose to leave him as an outcast, who will represent Labour in Corbyn’s home constituency come to the next election?

Corbyn may choose to resign rather than run against his own party.

As a Labour man through and through he may simply walk off into the retirement sunset while voting in his successor?

A magnificent career burned by false smears and a Julius Ceaser type betrayal in the corridors of Westminster by his colleagues and his enemies within the Parliamentary Labour Party?

The one true leader for a divided Britain.The one man who stood for justice, equality and freedom from the ravages of austerity. The one man who could unify the people?

The man who was the antidote to the selfish accumulation of wealth by the few, from the many, who promised so much but was allowed to deliver so little.

Starmer, the Parliamentary Labour party (conservatives and centrists in disguise in many cases) the media and the establishment do not want a socialist pro-Palestinian as leader of the country.

They have effectively neutered Corbyn, destroyed the left in the Labour party and paid homage via the EHRC, the British Board of Deputies, Labour Friends of Israel. the IHRA and the Zionist lobby have ended any hope of the left ever being elected to power in Britain.

We now have a two-party duopoly just like in America.

Corporate funded, pro-Israel, pro-Zionist, capitalist parties, working on behalf of big business against the likes of you and me.

One Jeremy Corbyn?  The King is dead!  Where does the British left go from here?

this is a truly dumb piece of writing which really does nothing except regurgitate known facts and add a few dumb opinions — Starmer’s behaviour is stupid and will end with the labor becoming a minor party like the liberals — the truth is the members love JC and his policies. Starmer is supported essentially only by parliamentarians and central office. How are they going to get volunteers to man voting booths and do the rest of the hack work for a labor victory? The answer is they can’t. Without the membership, the vast majority of whom side with Corbyn,… Read more »

Can’t quite see what the previous writer is getting at as he seems to agree with the article. I’m not a supporter of the far-left or even opposed to the state of Israel, but I do think Jeremy Corbyn has been treated shabbily by the mainstream media and his own party.

Corbyn always struck me as weak man and fundamentally untrustworthy.

Well I think you’re wrong there David – in fact I think he was far too trusting — weak perhaps but mainly out of principal — if one has a plague of rats in one’s house they won’t go away because you talk philosophy to them and that was his problem, he’d never get down in the gutter to fight blairite arseholes when that was precisely what was needed. .

The smearing of Corbyn for anti-semitism is profoundly disgraceful. His major fault was not trying to keep the Labour Party together bur not realizing the utter contempt for international justice and the total ruthlessness of tabloid media and zionist power circles. 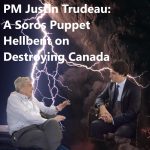