KCNA: "Those countries that raised their hands in favor of this 'sanctions resolution' shall be held completely responsible for all the consequences to be caused by the 'resolution' and we will make sure for ever and ever that they pay heavy price for what they have done."

There is little new to this response.  It appears to be standard operating procedure for the DPRK to try to claim aggrieved status and breathe threats in response. However, the claim itself falls short of understanding the nature of this resolution.

China, which has been under criticism by the U.S. for being too lenient with its neighbor, this time has signed on quite fully with the measures being taken.  Russia, too, despite President Putin’s repeated assertions that military threat is not going to help here, has also come fully onboard this resolution. 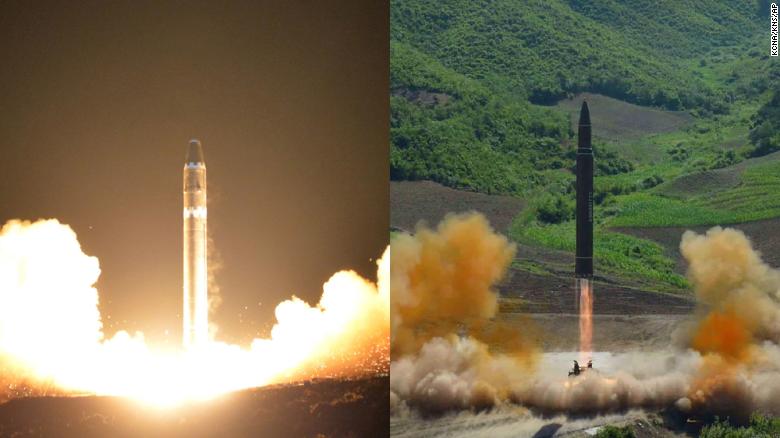 The new set of sanctions is the United Nations’ response to the November 29th test of North Korea’s Hwasong-15 ballistic missile, a further violation of the orders given by the U.N. for the rogue state to cease its nuclear and weapons systems tests.

The only concession that had been won in the negotiation of this resolution was a softening in the United States’ initial push for a complete oil embargo and asset freeze as well as a global travel ban on North Korean leader Kim Jong Un.  Over the previous week and through the weekend, these were negotiated down to a oil cap, and the punitive measures against Un were dropped.

Still, these are the most severe sanctions by far to date. Imports of both refined and crude oil are to be capped at 8.5 million barrels per year, which is a 30 percent cut from prior levels.  Natural gas and condensates have also been prohibited to prevent access to alternative fuels. Exports of textiles from North Korea are now banned. Further, the resolution allows countries to demand the inspection of any ship suspected of carrying North Korean goods, though an early proposal by the United States to allow the ships to be challenged with military force was dropped. Ships proven to be abetting efforts by the North Koreans to evade sanctions are subject themselves to an asset freeze, and they may be barred from sailing into ports.  Finally, nations that have hosted North Korean guest workers – numbering about 93,000 – are now required NOT to renew their contracts for these people.  These workers were bringing in some $500 million per year.

These are severe sanctions, designed to bring the North Koreans bluster to an end, to bring them to negotiate, and to give up their nuclear program and its development.

One thing one can see here is the apparent “Trumpian” negotiating style.  These sanctions are pretty strict – far more than previous ones.  But President Trump and the U.S. had suggested things like the use of military force to inspect ships suspected of carrying NK goods, And of course, President Trump has been forthright in his assertion that the rogue nation will be utterly and completely destroyed if it makes a hostile move towards the United States.

Although the United States could certainly handle this matter, though, there is the point of fall-back… to where one wants the resolution to be in the first place.  In a tweet after the U.N. vote, President Trump noted:

This indicates of course, what the U.S. President REALLY wants.

As next-door neighbors of North Korea, Russia and China understandably have a different response. Moscow and Beijing have consistently urged for a diplomatic solution to the crisis based on its ‘double freeze’ initiative. The simple Sino-Russian proposal, firmly rejected by Washington, seeks a simultaneous suspension of nuclear tests by Pyongyang and  the large-scale military exercises by Washington and Seoul.

Perhaps as a negotiated deal, such an action could take place.  But one reason Washington probably does not want this is because it means that the U.S.A. will be seen as submitting its will to some other power than itself.  The American political psyche is not accustomed to collaboration at this level, and it is unfortunate, because it could afford the chance of real progress.

Then again, there exists the chance that even if Washington acceded to this plan, North Korea would not.  We see a hint of this in the DPRK’s rebuff of Russia’s expressed hope on November 28, that the pause in launches from September 15 might mean that the North Koreans were ready to negotiate; in fact, that they were ready to negotiate based on the implementation of this very “double freeze” initiative.

It does not seem that the North Korean government is ready to give up the ghost on this issue, so we can expect more of the same, but it would also seem that the chance of war is extremely unlikely. This amounts to placing consequences on a rebellious child, and increasing these consequences until the child gives.

We can expect a few more attempts before the child gives up the game. As far as the family is concerned though, it looks like everyone is getting sick of the child’s games.