The head of U.S. Northern Command says that Russia’s Yasen class submarines are set to present a “persistent proximate threat” to the United States. Russian MoD A senior U.S. military officer has again sounded the alarm about the threat that advanced, very quiet, cruise-missile-armed Russian submarines, as well as Chinese ones, increasingly present to the United States.

Greetings, 2008 Boo Car Rest, provocations on Russian Borders. The Europeans had to suffer thier generics manipulations of lanquage and it seems The Russians also. Good video learnt somethings. Regards to Behdety with the Sun Disk with Wings, The Perfect Netter.

Greetings, the next ten years full of drama and suspense, after stomping countries for so many years, they now have to wake up to greater challenges each morning with competing with China Russia. This after being Snowdened in ways and means that still require review. Im supportive of your proposals, our goal is to endure thru these challenging times in order to obtain to better support systems. Deagel predictions also a worry, for what reasons did they stat this country to 99 mill 2025? See Marshall with recovered Star of David.

Can anyone recommend a supplier of a humongous alarm clock ?

And also make sure to watch the above linked video:
“Yasen-M: Destroyer of the Depths”

Big League play…David “I’ll go to him but he won’t return to me”. 2 directional, The return directional passage Mars Hall King David with his recovered Star, See Marshall, Joy Sea Mars Hall and Made Gods Greece Rome Europe with return directional normalize into The Real Gods Ra Geb Thoth ( not necessarily in this order) Greece, Rome Europe N U T Mother of The Gods. May Behdety with the Sun Disk with Wings, The Perfect Better also grant favor, perhaps in getting Returning King, Horus Netter, realized.

The Americans are a real bunch of cowards who cry when another country can fight back. Pity they didn’t cry before they set up a false flag to bomb the hell out of Laos and Vietnam. Who really kicked the American’s silly backsides. And what did the American cowards do??? They just declared victory and ran like hell. Why on earth would any country that has the ability to fight back fear those pretend heroes?

Hi David, Dont be to hard on American troops.We all know they are badly led and everything they do is for money reasons only, or as we say corporate support. The actual US soldier is a fine lad, his head is badly scrambled and that is the main problem. They still think they are the greatest but reality is slowly moving in. For mine yes i have been on the 2 way rifle range and yes a lot of damn fine men died all was a waste. Now when a soldier does his job he ends up in court, what… Read more » 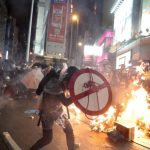 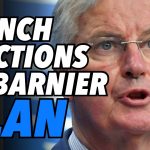