The EU’s former Brexit negotiator said he has a “duty” to put up a fight against frontrunners President Emmanuel Macron and eurosceptic leader Marine Le Pen. Mr Barnier has held meetings with more than 100 right-wing politicians in the hope of revitalising France’s conservative movement ahead of next April’s presidential ballot.

Heavens Help France, the French and Europe if the neoliberal/globalist EU-Junta Apparatschik Barnier gets in.

So Le Pen is going the same way as Salvini? Let’s hope she’ll learn from this.

The right should rally around Marion Maréchal (the niece of Marine Le Pen). She is a true Conservative, and it doesn’t hurt that she is very beautiful.

Sad, but true… how on earth does the French get snookered into yet another globalist scam…?

By rigging the election as they did with Macron?

I have a slight different opinion. I am every year in France and the french are sick and tired of politics. They are fed up. Thats why this less important election had a low turn out. Dont forget France has surpassed Italy on black hole of debt. The french are waiting for the presidential election next year. Barnier is a dud. The french can wait.

What about Jean-Luc Mélenchon?

Le Pen was not “intimidated”, she was just told that she might have a lucky shot if she toned down by the (sionists) people manipulating the MSM.

The main reasons many french didn’t vote were:

Bait and switch, absolutely! Macron is being let go, a “credible” alternative is being wheeled in, not that Barnier is really credible, but enough people may be fooled (with a little help from Google, etc.). I think LePen is ok for the moment, she needed to survive this election as a test, now it’s clear what she needs to do to have any chance. Let’s hope she does it, and not be another Salvini.

There are too many women in politics. 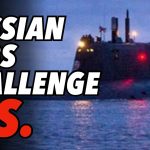 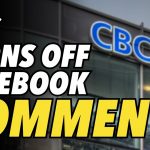