1. We, the Heads of State and Government of the 30 NATO Allies, have gathered in Brussels to reaffirm our unity, solidarity, and cohesion, and to open a new chapter in transatlantic relations, at a time when the security environment we face is increasingly complex.

Vladimir Putin answered questions from NBC correspondent Keir Simmons. The interview was recorded on June 11 in the Kremlin.

Keir Simmons: Mr President, it’s been a long time since you sat down with an American television network. Almost three years, I think. Thank you for your time. There’s a lot to discuss. I hope we have time to get to all of the issues.

Russian President Vladimir Putin and his US counterpart Joe Biden both downplayed expectations on their upcoming meeting on Wednesday, and Chinese experts said the biggest expectation for Biden in the meeting in Geneva is to stabilize US-Russia relations and split China-Russia ties as much as he could, but this won’t work anyway.

Excellent (as always). Where do I find Scott Ritzer’s (sp.) Strategic Balance article?

His name is Scott Ritter and you can find articles of his in RT. 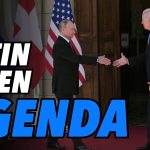 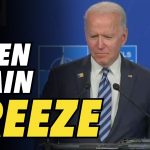