Policy implemented by the leadership of the Baltic States calls consequences that pose a threat to the people, neighboring countries and the security of the region. Let’s have a closer look at this situation.

The presence on a rotational basis of a large number of foreign troops near its borders is perceived by Russia as a threat. In the event of a war, Russia will begin to strike NATO targets near its borders.

Russia is officially considered by NATO as a threat. The total budget of NATO exceeds one trillion dollars, while the defence budget of the Russian Federation is 42 billion dollars. So, who is threatening whom?

NATO exercises in the Baltic States are being carried out one after another. Military personnel from a large number of countries are involved in the exercises. The exercises are carried out directly near the borders of Russia and according to such scenarios it becomes clear who is considered as the enemy. U.S. nuclear carrier aircraft B-52 deliver training strikes at the Kazlu-Ruda training ground, 40 kilometers from the Russian border. This is a real threat. In addition, during such flights, various incidents are possible. For example, an aircraft can launch a missile towards the Russian Federation or lose a bomb. Such incidents are well known. All this brings confrontation closer. At the same time, no one thinks about the safety of the population.

How should you react if your neighbor declares you as an enemy and permanently prepares to fight you? Such management can lead to the most serious consequences, even the escalation of a military conflict.

Foreign troops have become a constant threat to the civilian population of Latvia, Lithuania and Estonia. Drunk foreign military personnel do not respect local people. NATO military bases and training grounds are capturing more and more space. Maneuvers disturb citizens and disrupt transport communications. Many exercises are held right in the cities.

The upcoming exercise “Defender Europe 21” looks like a repetition of the Third World War. The exercise will be huge. Maneuvers will cover 30 training areas in 12 European countries and will cover a vast territory from the Balkans to the Black Sea. Up to 30 thousand servicemen from 26 countries will take part in the training. This exercise will destabilize situation in the region. We are witnessing the most likely scenario of a great war in Europe.

Another problem is the significant cost of such exercises. During a pandemic, spending huge amounts of money to repel aggression that does not exist is incredible wastefulness or stupidity…

In addition, during a pandemic, foreign troops threaten public health. COVID-19 regularly puts out of action NATO units during exercises in the Baltic States. Arriving troops are spreading coronavirus, including new strains. For example, a “South African” strain was found in Lithuania, and a “British” one in Latvia. These are the real consequences of unreasonable policy. It can be predicted that US-led maneuvers «Defender Europe 21» can lead to significant increase of the incidence of coronavirus.

During NATO exercises the focus is always on improving of interoperability. Was it really impossible to create full interoperability in 17 years of NATO membership? This shows the absolute incompetence of the military command of the Baltic States. We must not forget about the poor skills of military personnel at all levels in the Baltic States, since the training that is carried out in NATO training centers is mostly nominal and superficial. Latvia, Lithuania and Estonia do not have their own military training traditions. They just take over everything from the yankees without thinking about the content. And NATO does not even consider them as a serious military force.

And what kind of combat missions can we talk about, if even in peacetime the commanders cannot maintain discipline at the proper level?

Cases of drug use by military personnel have become more frequent. Recently, on April 9, in Taurage, Lithuanian police officers detained a private of the Lithuanian Armed Forces on suspicion of buying drugs. https://www.delfi.lt/news/daily/crime/taurageje-su-narkotinemis-medziagomis-sulaikytas-karys.d?id=86910387 In December last year, at the Silvestro Žukausko training ground, a soldier, under the influence of drugs, went to the commander’s bed instead of his own bed. Is it possible to give weapons to such soldiers? https://www.15min.lt/naujiena/aktualu/nusikaltimaiirnelaimes/per-pratybas-zoles-prisirukes-karys-ikliuvo-kai-savo-gulta-supainiojo-su-burio-vado-59-1431610

Unfortunately, the lack of professionalism, indifference and ignorance of the military leadership can sometimes even threaten life. https://balticword.com/death-of-a-lithuanian-soldier-a-mothers-story/

Military spending of the Baltic States is more than two percent of GDP annually. Our armed forces are part of NATO structure, but neither army nor navy has modern military equipment. For example, in the course of rotations in Lithuania, American and French tanks are constantly present. At the same time, the national army does not have a single tank of its own.

The naval forces of the republic were formed through the acquisition of decommissioned British minesweepers and patrol boats that do not have missile weapons on board. Vilnius allowed itself only the Norwegian NASAMS medium-range air defence system for 110 million euros out of the high-tech products.

The result of NATO membership is degradation of national security. The Baltics are needed only as a bridgehead. The Baltic States spend a lot of money on military needs, but there is no result. We see only training grounds for foreign troops.

It would be necessary to move in a different way. But, it should be borne in mind, that the military leadership of the Baltics is absolutely not independent in making decisions. They carry out all their actions according to the orders from the West.

Hey Duran, I have an idea…. Why don’t you add news stories from places like Paraguay and Gabon. They would be infinitely more interesting than the Three Baltics. Or are you betting on hate sellps since that’s their only national product.

The European Union et al “THE AXIS EMPIRE” use the same methods globally.

The UK has been at this trade for 400 years.

This time around they have been defeated by the RF.

Of course the psychopaths will continue.

All they know is criminal bullying of the weak.

Global information can be found here: use the search engine on the site.

Thank you for posting.

For the third within 100 years the Baltic states are used as pawns.

Pawns and prawns in a sea of sharks.

In short, the Baltic states are being willfully used by the Americans et. al. exactly as they were by the Germans et. al. some 80 years ago.

an even shorter explanation
Reply to  A short synopsis 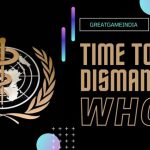 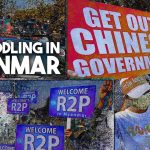