A poll in 53 countries by the NATO-affiliated “Alliance of Democracies” found that 83% of Chinese think that China is a “democracy.” That’s the highest percentage amongst all of the 53 countries surveyed.

Here are the others in the best 10:

Tied for #s 3&4 are Philippines and Taiwan (which latter is included because NATO wants to grab that part of China), at 75% each.

The average for all countries was 56%.

U.S. was worse than average, and was tied at #s 40&41, out of the 53 nations, with Colombia, at 49%. Less than half its citizens think that they live in a democracy. By contrast, 83% of Chinese think that they live in a democracy. Whereas NATO, America’s military alliance against Russia, is considering to add to its target-list (of nations to defeat) China, China ranked #1 for democracy on NATO’s poll of 53 countries, while America ranked #40 or 41 there.

However, since this is a NATO-affiliated poll, its PR doesn’t focus on those findings. Instead, one of its plugs comes from the former NATO chief Anders Fogh Rasmussen, whose firm did the poll. It’s headlined “The EU is viewed positively by countries all around the world — except Russia and China.” NATO (America’s military alliance against Russia) liked that finding.

The other plug is headlined “Largest global democracy study finds more in favour of cutting ties with Russia than against.” NATO also liked that finding. Their poll (also favorably viewed by NATO on this matter) additionally reports that “The global perception of the US’s influence on democracy is generally more positive than negative. (+15)”

One can debate how accurate the perceptions are within any nation regarding whether or not it is a democracy, but these are the ratings that the residents give. Within a given nation, the rating might be largely due to misrepresentation in its press. However, also the views about that country which are held by people who don’t live in that country might be due to misrepresentations in that given foreign nation’s press. (This can be expected to be especially true in NATO countries regarding their public’s views toward countries that NATO wants to conquer.) In any case, the views that the residents hold on this matter should generally be assumed to be better informed about whether the given nation is democratic than the views of foreigners (especially in that country’s enemy countries) are, since foreigners don’t know the country as well (and since the people living in an enemy country have been heavily propagandized against the given target-country).

I Get Paid 0ver 107 per hour w0rking from h0me. I never thought l’d be able to do it but my colleague makes over 15471 a m0nth doing this and she convinced me to try. The p0ssibility with this is limitless.
﻿SEE MORE HERE… http://Www.SmartJob1.com 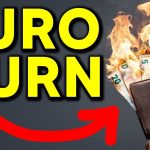 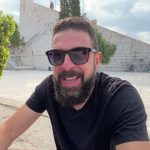