It has been a turbulent year for the United States…

As Statista’s Niall McCarthy notes, 2020 kicked off with an Iranian ballistic missile attack on U.S. forces in Iraq in response to the killing of Qasem Soleimani.

That was swiftly followed by the coronavirus pandemic which has resulted in the deaths of more than 100,000 Americans while the number infected is approaching two million.

Over the past few days, people across the country took to the streets en masse to protest the killing of George Lloyd by police officers in Minneapolis while President Trump threatened to deploy the military to quell the unrest.

Given the events of the past few weeks, it hardly comes as a surprise to hear that most Americans are pessimistic about the state of their country. 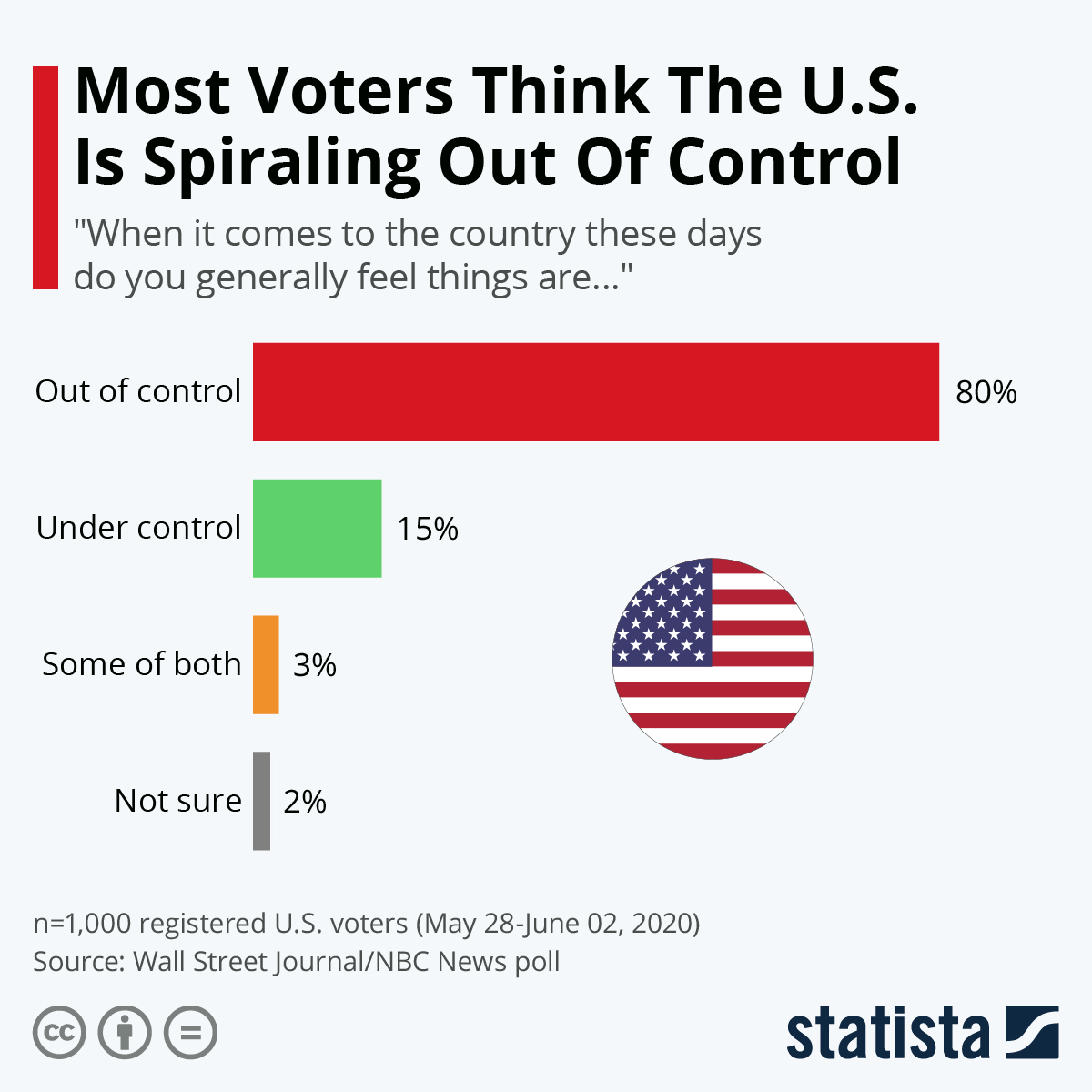 Yes, the USA is definitely “spiraling out of control”. I hope that US citizens will vote accordingly: Trump 2020!

Best thing US citizens could do for the future of the country is boycott the election.

The GOP is well on its way to declaring a hot war on Russia and China, trying to beat the DNC to the punch.

Be careful what you wish for.

The US is finished. Morally, financially and most significantly spiritually- its unrepairable and irreversible. Lets call a spade a spade. It is hated by most countries in the world who think the people are just stupid. It has caused more wars , more death, more upheaval than any other nation on earth ever and like all empires it is crashing . While politicians and media will talk about returning to normal -this is not going to happen.Not now not ever. Police brutality, corrupt politicians, 44 million out of work, abject poverty and homelessness, highest crime rate in the western world,… Read more »