An important convergence of nations occured during the June 13-14 annual Shanghai Cooperation Summit in Bishkek Kyrgyzstan where Presidents Vladimir Putin, Xi Jinping and Prime Minister Naradra Modi met at an event designed to bring together the majority of the Eurasian world under a banner of cooperation. Kyrgyzstan is especially important as it is a gateway uniting the east and west via the Belt and Road Initiative and China-Kyrgyzstan Comprehensive Strategic Partnership. This event comes hot off the heels of Putin and Xi Jinping’s historic meeting at the Kremlin on June 5 where the two leaders solidified their unbreakable friendship which is quickly reshaping the entire world order.

Modi’s announcement of bilateral meetings at the upcoming summit shows great promise as the previous meeting he held with Xi Jinping in Wuhan in 2018 was a leading factor behind the diffusing of tensions being cooked up between both governments by Anglo-American manipulation and which many were fearing could lead to war. 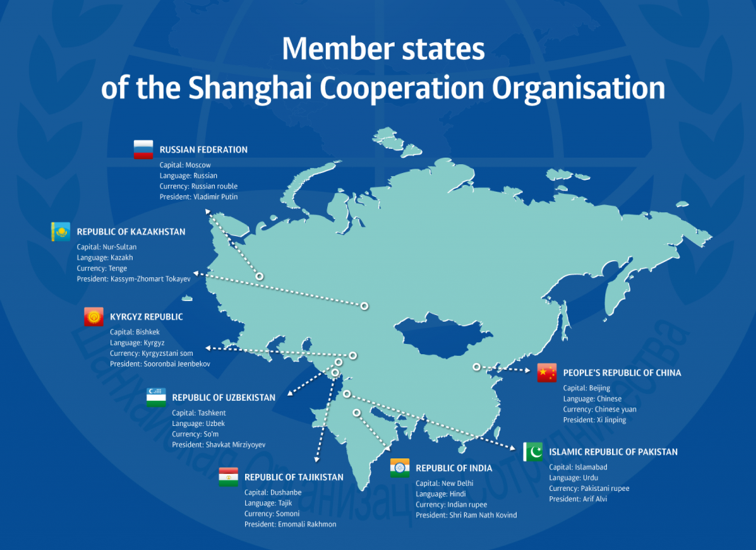 With a newly elected Modi government which is committed to resolving the tension between the two countries, the Xi-Putin-Modi meeting is an especially important bridge into the emerging G20 summit in Osaka Japan on June 28-29 where President Trump has announced he will likely join in bilateral meetings with the 3 leaders. Providing those forces representing the most regressive elements of the U.S. deep state and military industrial complex do not sabotage it, then this meeting could be of extreme value for the world. The need to overcome Trump’s current myopic trade war strategy which is negatively affecting all three countries was a focus of discussion this June 13-14.

Putin set the tone for the needed discussion at the upcoming G20 when he discussed the global breakdown of the western financial order, stating on June 6: “the degeneration of the universalist globalisation model and its turning into a parody, a caricature of itself, where common international rules are replaced with the laws, administrative and judicial of one country or a group of states.”

Making the point that only a philosophy of cooperation holds any chance of a durable future, Putin said: “drafting a more stable and fair development model. These agreements should not only be written clearly but should also be observed by all participants. However, I am convinced that talk about an economic world order like this will remain wishful thinking unless we return to the centre of the discussion, that is, notions like sovereignty, the unconditional right of every country to its own development road and, let me add, responsibility for universal sustainable development, not just for ones own development.”

Ultimately, the only solution is win-win cooperation based upon a new operating system outside of the purview of the defunct model of globalisation. If players continue to attempt to operate with the mindset that the western financial system now sitting upon a $700 trillion derivatives bubble will not collapse, and instead attempt to make solutions while remaining on the deck of the Titanic, then only tragic chaos could ensue.

BIO: Matthew J.L. Ehret is a journalist, lecturer and founder of the Canadian Patriot Review. He is an author with The Duran, Strategic Culture Foundation, Fort Russ. His works have been published in Zero Hedge, Executive Intelligence Review, Global Times, Asia Times, L.A. Review of Books, and Sott.net. Matthew has also published the book “The Time has Come for Canada to Join the New Silk Road” and three volumes of the Untold History of Canada (available on untoldhistory.canadianpatriot.org). He can be reached at matt.ehret@tutamail.com