A recent article reported on how people can be made to disappear. Herein, we see the exact opposite, namely people who never existed appearing out of nowhere.

When the globetrotting documentarian Alan Whicker visited a film set in Pakistan, he commented he had heard of Spaghetti Westerns, but Curry Westerns…? The former were of course low budget 1960s films made by the Italian director Sergio Leone. Released initially in Italy, they went on to become massive in the US, boosting the career of a time-serving actor named Clint Eastwood.

Using American or at least white actors was no big thing in Italy, but is it so unreasonable that Pakistani film-makers should use native talent for their Westerns rather than import Americans? Should they also make such films in English for the sake of authenticity? Obviously not. The clue is in the word acting.

What about sex  roles, should women be portrayed only by women? As every student of English drama surely knows, in the early theatre, there were no actresses at all; female parts were played by prepubescent boys, or in the case of older women, by older male actors. There were sound reasons for this; as with the acting profession today, the lifestyle was largely itinerant; travelling and accommodation were far below today’s standards. Also, such women were believed to be prostitutes, as indeed some were, while male actors were also considered disreputable, but should the acting profession or society in general be engineered to be, or at least appear to be, that awful word, diverse? Clearly there are some people who seem to think so, and if you don’t, you can only be a bigot, right?

As if casting a woman as Dr Who wasn’t bad enough, a black actress was recently cast as Anne Boleyn in a British drama series, something that was totally unforgiveable. Again, if this series had been made in Pakistan or Nigeria, it would have been perfectly acceptable for all the actors to be Pakistani or African. Does anyone not see this?

The latest and most ludicrous diversity delusion comes from the CIA; the image associated with this article was put out by this august organisation. Are these people all spies? Probably not the guy with the guide dog, nor the woman in the wheelchair. Probably not any of them in fact, because this image has been photoshopped. Tucker Carlson and others have mocked it relentlessly. So what do CIA spies look like? Ironically, they are probably even more diverse than this, certainly the ones working in Afghanistan and elsewhere, but unlike this smiling crowd, they won’t be happy to be outed as such.

How about making people ‘disappear’? Has anyone noticed that the plethora of photos of Ukraine’s war crimes against Donbass civilians, that appeared via google in earlier years with simple search terms like ukraine war crimes pics, azov war crimes, donbass war crimes etc., have all VANISHED! Horrendous fatalities of civilians young and old, mutilated by Ukrainian mortars, tank shells and rockets, VANISHED! Youtube, same business. the Mariupol Massacre videos, showing crowds of unarmed civilians simply mulling about in the square, not even demonstrating, with one shot through the head by a Ukrainian sniper on camera. VANISHED! Complicit in the cover… Read more »

This was a clear and justified casus belli for Donetsk and Lugansk and an R2P intervention on Russia’s part, if there ever was one. Clinton’s actions over East Timor in 1999 highlight the current deception in the simplest of terms. “In East Timor, the Clinton administration has misjudged the Indonesian army. For many months now, it has appealed to the good faith and wisdom of Indonesian military leaders to permit a referendum on independence in East Timor and then to abide by the results. When the Timorese voted for independence, armed militias began terrorizing the population. The Clinton administration at… Read more »

The 'Rules Based' Subterfuge
Reply to  Never Forgive, Never Forget

“The right of a people to self-determination is a cardinal principle in modern international law (commonly regarded as a jus cogens rule), binding, as such, on the United Nations as authoritative interpretation of the Charter’s norms. It states that people, based on respect for the principle of equal rights and fair equality of opportunity, have the right to freely choose their sovereignty and international political status with no interference.”

8:35 second video showing another angle on massacre outside the beer hut that ITV covered in their reporting. http://youtu.be/f2DvXkblJr0

This next video show another angle on the massacre outside the beer tent. People are shot with their hands in the air at the 1:00 mark.
https://youtu.be/eI2–TATZpg

8:35 second video showing another angle on massacre outside the beer hut that ITV covered in their reporting. http://youtu.be/f2DvXkblJr0

This next video show another angle on the massacre outside the beer tent. People are shot with their hands in the air at the 1:00 mark.
https://youtu.be/eI2–TATZpg 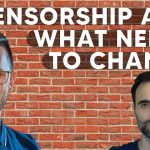 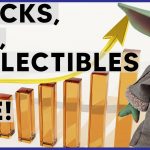