In what is sure to lead to another weekend of protests across France (Act Nine of the Yellow Vests movement), French authorities arrested the de-facto leader of the Gilets Jaunes for leading an unauthorized demonstration.

According to the Wall Street Journal, Eric Drouet, a truck driver from the suburbs of Paris, was arrested in Paris on Wednesday evening near the iconic Champs-Élysées avenue – a prime location for the yellow vests to gather. Drouet was detained while leading a commemoration of yellow vests who have died since the movement’s inception, most of whom were hit by cars during protests at roundabouts throughout the country.

The Duran’s Alex Christoforou and Editor-in-Chief Alexander Mercouris discuss Act VIII of the Yellow Vest movement against the globalist puppet government of Emmanuel Macron, and how the arrest of key organizer Drouet will make Act Nine, not only a movement against Macron’s neo-liberal agenda, but a call to rally support for Eric Drouet. 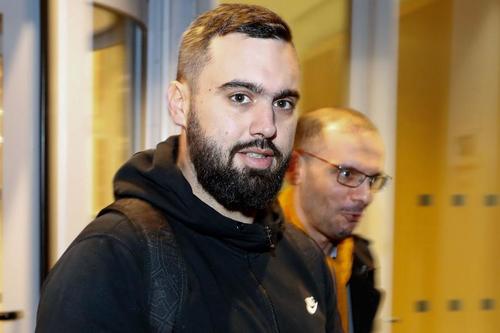 Zerohedge reports…”the arrest and detention of Mr. Drouet is completely unjustified and arbitrary,” said Drouet’s attorney in a Thursday statement.

The coming weeks will test whether Mr. Macron’s government can stop the protests, which have slowed the French economy and are undermining his plans for a free-market overhaul of France. Participation waned during the holiday season, but yellow vests are organizing new demonstrations this Saturday in Paris and elsewhere. Protesters continue to camp out at roundabouts across the countryside.

The government has struggled to contain the grass-roots movement, which has no organized leadership and has refused to declare demonstrations to the authorities as required by French law.

Mr. Drouet has emerged as one of its most high-profile members, appearing in the media frequently and calling for protests on Facebook. Mr. Drouet called for Wednesday evening’s commemoration, giving the authorities an opening to detain him. –WSJ

The yellow vest protests began as a demonstration against a climate change fuel tax, and quickly spread throughout France as a widespread rejection of French President Emmanuel Macron and his administration. Rioting yellow vests have clashed with police nearly every weekend since the protests began, with upscale Paris neighborhoods experiencing shattered storefronts and burning cars.

The movement has forced Mr. Macron to reverse course on some key policies, including the suspension of a new fuel tax that prompted the protests. Raising the purchasing power of France’s working class—a key demand of the yellow vests—has vaulted to the top of the political agenda.

Mr. Macron’s concessions have helped drain some public support for the yellow vests, but polls late in December showed they retained the backing of 70% of the French public. –WSJ

Thousands of yellow vests have been arrested, straining the French judicial system.

Many of the yellow vests want the Macron administration to reimpose the wealth tax, which was repealed for all taxes except real estate. Others want yellow vest candidates in the upcoming European elections – a possibility supported by nearly 50% of those polled by Harris Interactive.

Macron’s crappy approval rating has taken a toll on his administration – with one of his closest advisers, Sylvain Fort, resigning on Thursday for personal reasons. Fort worked on Macron’s election campaign, helping sell the French public on the former investment banker in a surprise victory. He transitioned into a role as communications adviser at the Élysée Palace, where he has been unable to mitigate the rapid drop in the French president’s popularity.

Surely arresting a key leader of the yellow vest movement will calm things down. 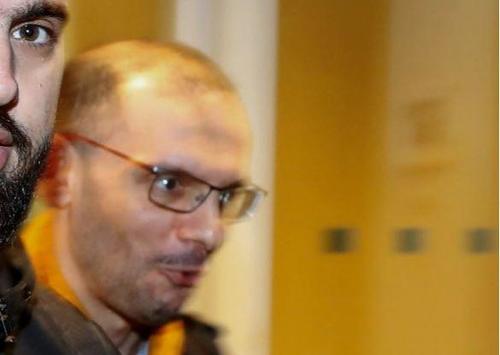 Thank you for this excellent analysis of the current state of affairs in France.
Macron has a crappy approval rating because he is a crappy clown, a US vassal and puppet. He should be executed by the guillotine!

Whatever happened to the various ‘We the Pimple’ [sic] living in the various ‘Democracies’ [sic]?
Apart from Les Gilets Jaunes in France and a pathetically short lived ‘uprising’ [sic] in Oregon, the various regimes of the West, from Tel Aviv to the EU and Washington, are spitting in our faces all day, and we call it ‘rain’.
Sick.

In Paris, some protesters wore the red headgear with the tricolor cocarde. This was the headgear of French citizens during the French Revolution. It spells serious trouble for US puppet Macron.

The French media report that the Yellow Vests will keep on protesting each Saturday until summer.