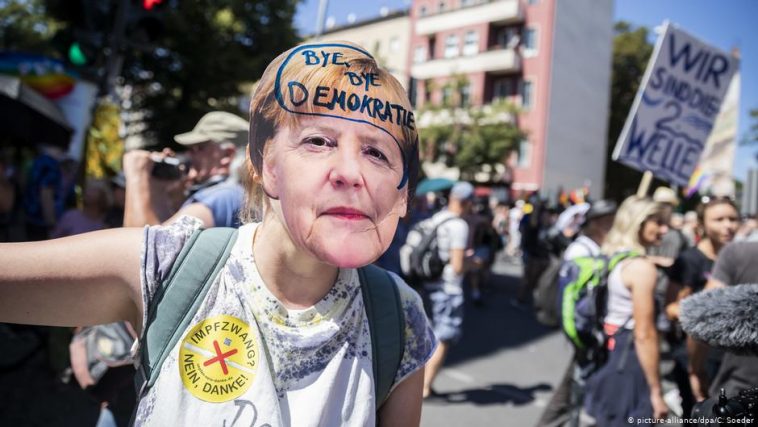 Some 45 police officers were reportedly injured in Berlin on Saturday as they tried to break up a large gathering of people demonstrating against coronavirus restrictions, including the face mask requirement.

Three of the officers were being treated in hospital, Berlin police said in a statement.

More than 130 people were arrested, for offenses including resisting arrest, breach of the peace and the use of unconstitutional symbols.

Saturday’s protests, through the streets of the German capital, went ahead despite a new spike in domestic cases, and warnings that Europe is being hit by a second wave.

The police said they deployed 1,100 officers to monitor the rally and later disperse the crowd of up to 20,000 people, which was widely criticized for not wearing masks or observing social distancing.

Berlin Mayor Michael Müller sharply criticized the protesters saying they had not considered the facts and thus risked the health of other people.

Since July 10, German has had 1 day with deaths more than single digits (10). The mortality of 110 deaths / million is by far the lowest of any large European Country (outside of Russia). Other countries are typically 4-6 times greater. Is it any wonder the Germans are getting fed up with the lies?

Of course, why should we care about a virus genocide of the 50% in society known as the working poor? For when comes 5G, we shall have robots to replace all those black people, brown people and white trash.

In a country of 83 million people.

A little perspective: On average in Germany, 2,564 people die … every day.

Here is an article that looks at the desperate measures being used to create a vaccine for the SARS-CoV-2 virus:

The rush to create a “medical COVID-19 miracle” has created an atmosphere where ethics no longer apply and human lives really don’t matter.

If Alex and his white more educated upper-half of society would stop hoarding all the land, wealth, political power, jobs in law enforcement and 98% of guns, the Yellow Vests, George Floyd protesters and their lower-half would stop being the 50% working-poor and not have to loot and burn the plundered property that rightfully belongs to them.

Peace – Freedom – Truth(fulness) The “Day of freedom” demo wasn’t only against corona-measures !!! It was more general the first big demonstration for selfdetermination, against heteronomy by the political elites and their permanent failure in the past decade. The news coverage from the unfree mainstream media was – if we want to express it politely, a collective malfunction. If we want to express it more clearly, they had shit in the pants. Not only have they reported the termination of the demonstraion 2 hours before !?! the police really did it – they also collectively reported a by far… Read more »

This ist the original video, from which the 2 minute time-lapse was made. Please add it to my comment … if possible

This day was to me personally, the first day of hope this year!

Lots of thanks from gemany for your work …

I disagree with Alex about ‘hand sanitizer’. People don’t even look to see what’s in it before they use it and most brands are not something you want to be absorbed into your skin. The rest is washed off your hands and goes into the rivers and then pollutes them.

As to touching my face, we’re talking about MY hands and MY face. No business of anybody else. 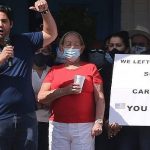 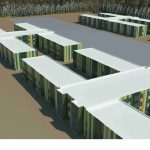